Now reading: 20 things you have to explain to out-of-towners about Johannesburg

There is a whole sector of society that is of the opinion that a visit to Johannesburg is tantamount to suicide. Most people fly through Jo’burg on their way elsewhere. For reasons that on the face of it appear completely sensible. But for the most part are not true. Johannesburg has an edge. It is tough, vigorous and beautiful and most people who live there love their city and will defend its skyline, its insistent energy and its people. 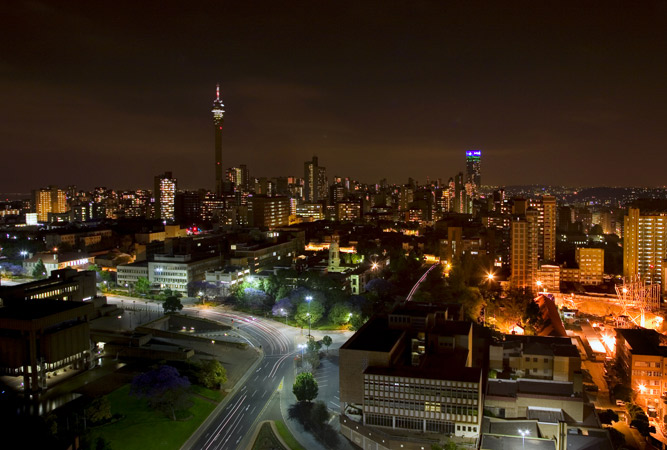 1. Few people who live in Johannesburg actually call it that.

Most residents call it Jozi, and the die-hards – Jo’burg.

2. Jozi is huge and overwhelming

public transport is virtually nonexistent (unless you understand township taxis or happen to be on the Gautrain route) and driving is tantamount to a nightmare for newcomers. But you’ll get used to it.

3. Johannesburg has an In Your Pocket Guide

renewed every three months. You will find it in bookstores, shops and in hotels. Get it.

Whilst everyone is still under the misguided perception that downtown is still a ‘no-go’ area, this is changing, albeit slowly. Braamfontein, Newtown and the Maboneng precinct are fast joining the ranks of suburbs like Sandton, Rosebank, Greenside, Parktown and Soweto as Jo’burg’s heart. 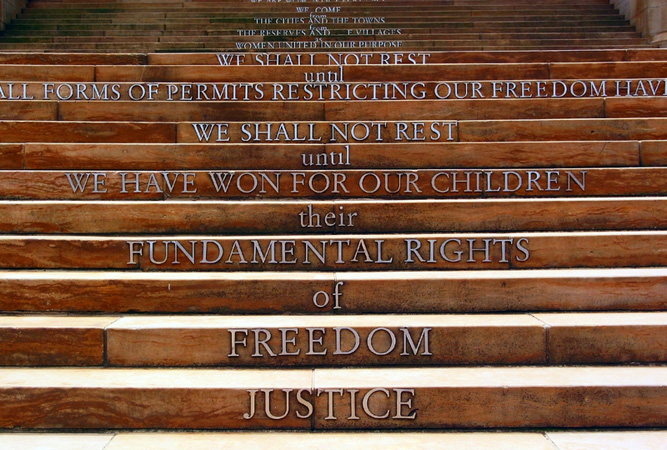 take the new red hop-on-hop-off bus that drives you through the parts of the city that used to be ‘no-go’. Johannesburg’s City Sightseeing tour opened on 15 January 2014 and takes visitors through the ‘new’ side of the city; the side most visitors never see.

6. If you really want to discover Jozi, contact Dlala Nje.

They’re based at Ponte City where they are trying to dispel the myths about the city’s more notorious suburbs. They offer inner city adventures that, by all accounts, are definitely worth doing.

7. Just where you are in the city is largely dependent on the Hillbrow tower

8. Johannesburg has a ring road system of freeways

formed by the N1 north and west, the N3 east, and the N12 south. Getting around town always takes a lot longer than you think it will. 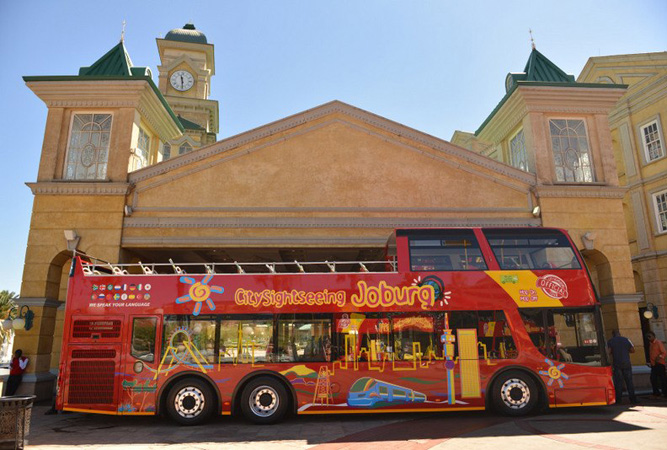 9. Jo’burgers do their weekends in Malls.

There are numerous sprawling malls in the city suburbs in which you will find mostly everyone. If they aren’t shopping, they’re watching movies or brunching, lunching and dining.

10. They take their rugby VERY seriously.

Weekend get togethers happen only if there is agreed upon uninterrupted viewing of the weekend’s game on a flatscreen television.

11. A taxi has nothing to do with a soft ride at the back of a car

with you the only passenger. Instead you will flag down a mini bus (with a series of hand signals only the locals understand) to join the more than prescribed number of passengers on their way somewhere. You may also be warned that this is not a safe way of getting around town.

12. Johannesburg does not believe in obeying the rules of the road.

Particularly commuter taxis. Buses in your rear end are a regular occurrence. And getting frothy around the mouth and waving your fist in the air at offenders only results in high blood pressure. Yours. You’d do better to breathe deeply and manage as best you can in peak hour traffic. Or avoid it. 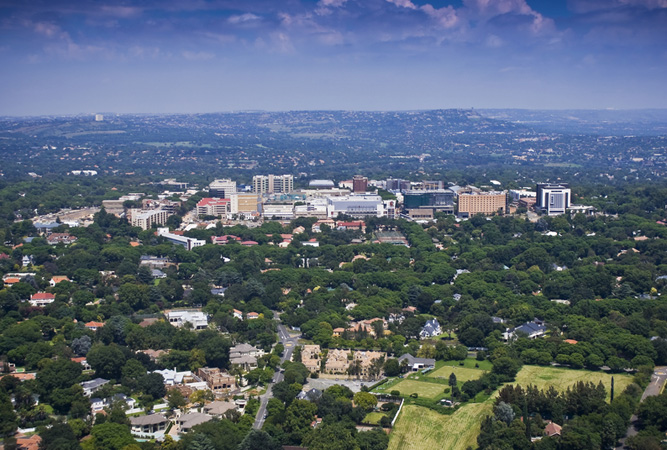 13. Johannesburg does have crime.

No point pretending that it doesn’t. But it doesn’t affect everyone. In fact, during the 2010 World Cup there were fewer ‘incidents’ than in a the previous World Cup in Germany. Behave as you would in any unfamiliar city and don’t go waving expensive jewellery around or stash money in your pockets.

14. You need to re-engineer the way you handle red robots.

At night no-one stops at red robots (that’s traffic lights for most of you). It is accepted that they are treated more as yield signs after 10pm than as a place to stop.

It’s a long story. But you can. On a bicycle tour. And live to tell the tale. 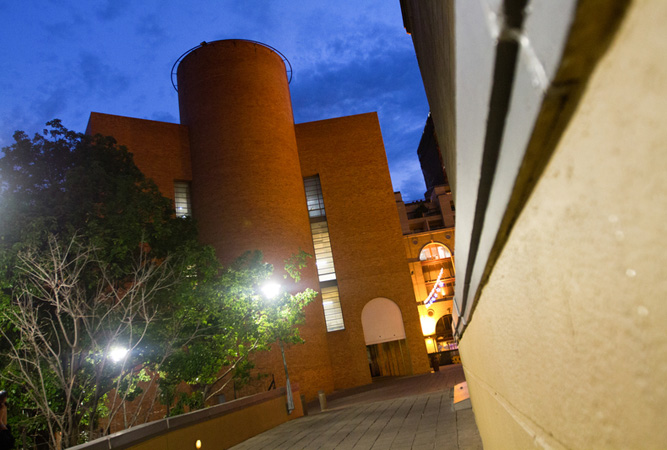 17. Everyone starts their visit at the Apartheid Museum.

It is as interesting, and as good, as the guide books say it is. There is no better way to explain the city and the country’s history. And it is the ‘missing link’ to much of the Johannesburg experience.

18. Despite what you have heard, Jo’burg is not necessarily the world’s biggest man-made forest.

It does, however, have a lot of trees. Do a great many trees a forest make? The debate continues. There are those who site China’s ‘green wall’ of forest (in their attempt to stop the encroaching sands of the Gobi Desert) as the largest man-made forest, whilst others argue that Jo’burg’s trees make it the largest man-made urban forest.

19. The Orlando Towers, in Soweto, are two of the most recognisable landmarks

in South Africa. The cooling towers (similar to the two demolished in Cape Town in 2010) were decommissioned. First National Bank have rented the towers as advertising space in the form of a massive mural, the largest in the country. On them you will find a smiling Mandela, township taxis, the Madonna and other relevant Soweto symbols.

20. Jo’burg does really great luxury boutique hotels, you should try them

an unexpected highlight, and good to know before you arrive. Forget the tried and tested national hotel chains, try something different.

Useful Links if you are planning a trip to Jozi: