Now reading: Jo’burg’s Ponte – It’s Back On The Map

Not only has the interior of the Ponte building leapt up a notch from sleeze to fashionable, but it’s now part of an inner-city walking tour.

Everyone knows the Ponte building – the iconic cyclindrical skyscraper in Berea, right next to Hillbrow, with its upper end encrusted with the Vodacom logo.

The tallest residential skyscraper in Africa it might be but very few of us have visited it. Certainly nobody I know has ventured as far as Berea recently; it’s one of Johannesburg‘s ‘no-go’ areas, if you want to live and tell the tale.

Not quite true. Things, it seems, have changed. 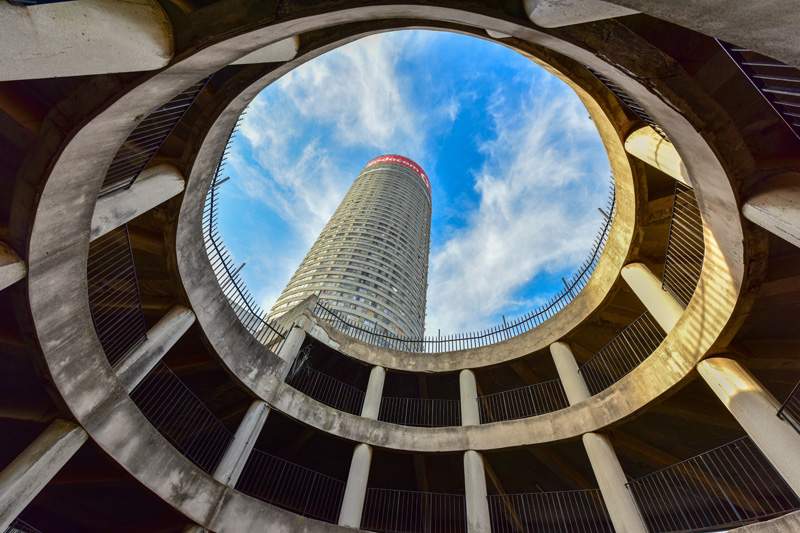 Ponte City has 54 floors and hundreds of flats. In 1975 these were a series of hip middle-class apartments with views to match. Over time it became Jo’burg’s biggest brothel and dope den.

Unless you wanted a run-in with with gangs, pimps and dealers it was considered prudent to remain as far away as possible. If Ponte entered your peripheral vision whilst driving in town it was time to point your car’s bonnet north.

Urban decay and crime turned the once cosmopolitan areas of Hillbrow, Yeoville and Berea into no-go areas. Up until the late 1990s Ponte was little more than an urban slum.

Then in 2007 Ponte changed hands and a re-development project, known as the New Ponte, was set to take Ponte to new heights. Except it didn’t. Not even partway through refurbishment finance fell through.

So what, if anything, happened to make Ponte re-habitable?

Kempston, the owners both before and after the New Ponte project, stepped back up to the plate in 2009 and took up the refurbishment where the project had left off.

Now Ponte apparently has a caretaker who wouldn’t be out of place in a Dickens’ novel – the kind who insists that visitors leave their ID or driver’s at reception, and that they be out of the building by 9pm. There are fingerprint access points and 24-hour security.

Rent is cheap, for the size of the apartment and the view. But whilst a few city-based bachelors have moved in and converted their spaces into pads, there are still those who treat it as a springboard to somewhere else.

Like immigrants from other regions of Africa who live six to a flat. 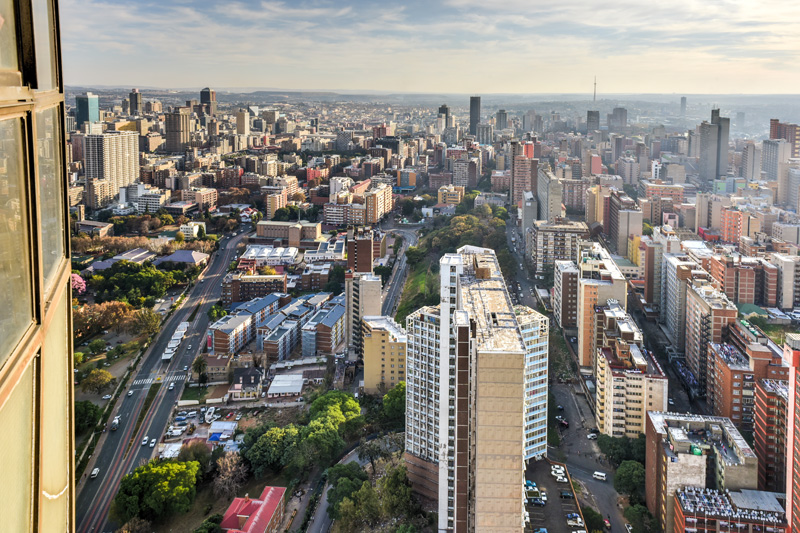 Some residents throw their rubbish out of the windows; the neighbourhood is still dangerous. It’s not suprising then that people remain sceptical. It takes a while to dispel a myth, or a hardened reality.

So, whilst Ponte rests on the edge of the city’s urban transformation process holding its breath in the hope that other areas will follow suit, and new residents enjoy epic views and spacious apartments, they struggle to get their friends to visit them.

I see pictures of the Ponte’s inner atrium, and it is pretty spectacular. One wants to believe that it’s possible to pull the city back from the brink, if this is what it can look like.

Dlala Nje is a community space in the retail section at the bottom of Ponte City. Inside the airy space the walls are sprayed with trendy graffiti, there are pool tables, chess boards, areas to hang out.

Meaning ‘just play’ the founder members live in Ponte. Their aim: to change perceptions and to unleash creative talent from the area. They’re white guys, so they’ve had to work at changing the perception that their hangout is just a way to make money.

Their space is a games emporium, somewhere for children to meet off the streets. At the same time, it’s also used for fun days and events.

Whilst the games are pay-as-you-play, the founders installed them merely as a way to remain sustainable. Their real intent is to become a platform for artists, musicians and creatives.

They have plans. Dlala Nje intends using the Ponte pool for swimming lessons in the near future, introducing a recycling campaign to teach local kids to recycle, and music workshops. 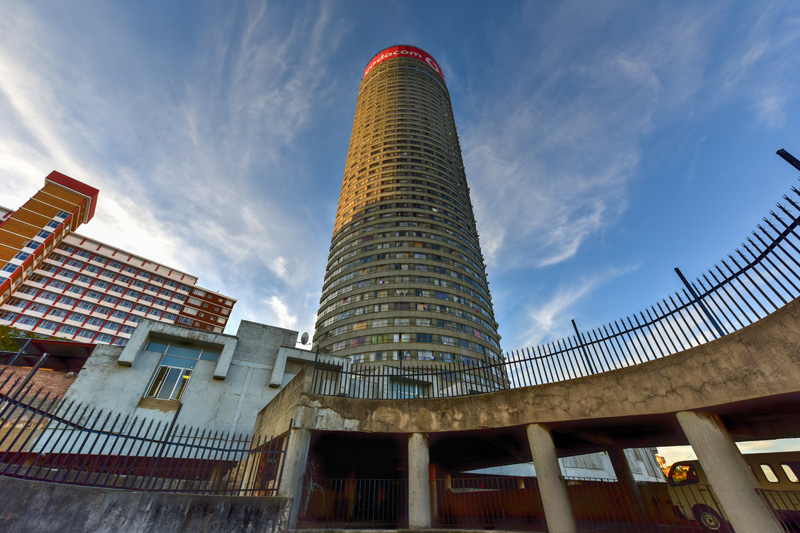 Mainstreetwalks offer a series of walks through Jo’burg’s inner city. One of these starts at Dlala Nje and incorporates Ponte City in the tour.

Tours are designed by those who live, eat and work in the Inner City. Guides are students from local universities who have a passion for the CBD and its buildings, as well as local poets and photographers.