Going on holiday as a family of four is a rare and often expensive treat these days. And with two children under seven, a holiday is rarely a holiday!

I grew up in KwaZulu Natal Natal and the majestic mountains of the Drakensberg were always a welcome refuge for us.  But living in Cape Town, the ‘Berg’ as it is fondly known, is hardly considered a local holiday destination! However, when one has family in Natal, as we do, a visit to Granny can often be combined with a few days respite in the Berg. And so it was for us during the school holidays of April 2010 … 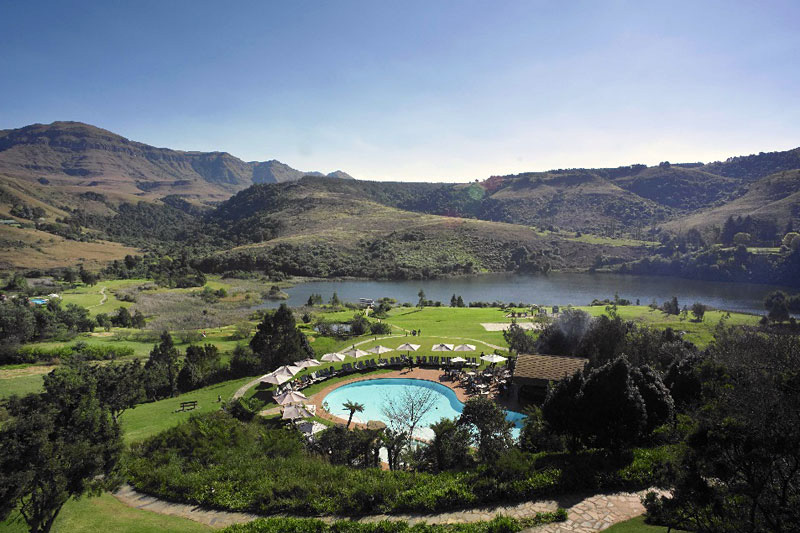 Now we are not generally hotel patrons, and in fact most of my hotel occupation has been purely in a professional capacity, when the client is paying! Enter Discovery Health, who believe me are not always my choice topic of conversation! But the one benefit I do value, and ensure that we receive, is the travel benefits for Vitality members.

Let me not bore you with the details as to how to become a blue, silver or platinum member on Vitality. Suffice it to say that with a little effort, and I can assure you no impressive athletic feats, you can manage to achieve Kulula flights at 35% off, car hire at a 20% discount, and stays at Southern Sun hotels at 50% of the rate.  Now that’s an interesting conversation piece…

I recall visiting the Drakensberg Sun, or Drakensberg Lifestyle Resort as it is now called, back in about 2001 and to be frank, it did not make an impression. On arrival in 2010, it was clear that the Easter weekend had been a busy one and our room was not yet ready. So we took a walk down to the dam, which contains trout and bass, for a gentle cruise on a boat, which runs twice a day, free of charge. Well that was a welcome start!

After that delay, we were shown to our room, which when booking through Discovery contains two double beds for a family of four. Now hotel rooms for two young boys, hold interest for as long as they can find something to open or shut, jump on or remove, and thereafter hold little fascination at all, which is one of the reasons for our sticking with self catering chalets!

My first relief was that we were on the ground floor, with a sliding door opening onto expansive lawns, containing a ‘qolf’ course – yes an interesting spelling – which meant that I could just scoot them out of the door when irritation levels rose! Qolf, as it turns out, is an interesting combination of croquet and golf, and far more accessible to young children than golf, not that my son didn’t foster a somewhat unnecessary Tiger Woods swing while in the process! 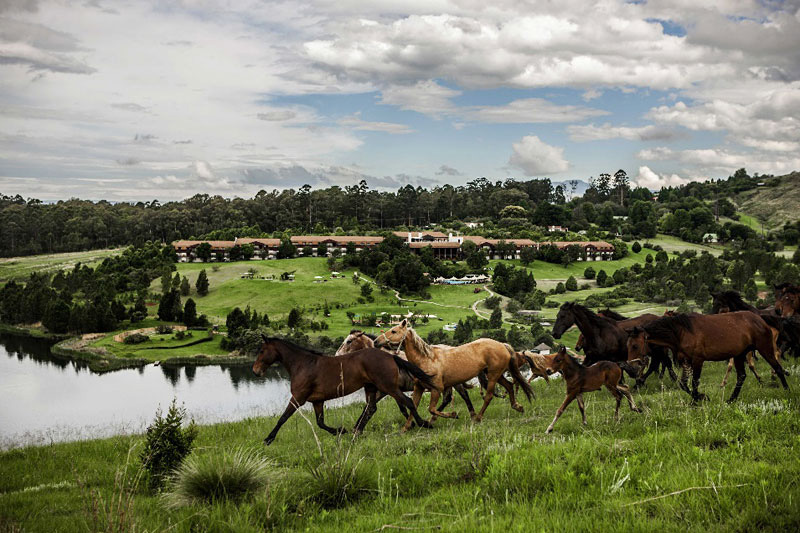 The hotel setting is wonderful, with the Cathkin Peak range in full view from most parts of the resort. And the pool area, complete with children’s pool and loungers, is also overshadowed by this magnificent range. There are daily guided walks that depart at 08h30 in the morning and then a map of local walks, which you can undertake on your own, though I confess all we managed was a walk around the lake (about a half hour) and half of the route to the Blue Grotto, a two-and-a-half  hour walk.

What distracted me from such energetic ramblings, was the fact that a children’s programme, in addition to the usual activities, had been laid on for the holiday. Now I am skeptical at best of such programmes, because they are often poorly organised or ‘little Johnnie’ just doesn’t wish to participate! Well, imagine my surprise when our first day activities began with a pony ride, followed by soccer and then a game of frizbee.

All before lunch, and all efficiently managed by a fulltime entertainment manager. Admittedly my younger son cannot yet cope with soccer or frizbee games, but he happily jumped on a permanently erected jumping castle, and toddled between that and the kiddies’ pool all morning. For the first time in seven years, I lounged on a pool chair reading, while keeping a lazy eye on the boys as they swapped one activity for the next! Entertainment ranged from bingo to a scavenger hunt, and from general knowledge quizzes to log painting, and everything was inclusive.

So now I am impressed, because I was somewhat worried as to how to get my two highly active sons  to sleep together in a double bed at night. They were so utterly exhausted that with the exception of the odd whine, they both conked out readily every evening, somewhat miffed with mother that they were not allowed to partake in the evening activities! Baby sitters are on tap to allow you to enjoy your evening meal alone, and I found the lady we hired friendly, experienced and reasonable.

And the meals were a complete gastronomic affair. Breakfast and dinner were included and believe me, there was no need for lunch! Our boys, being cereal breakfast eaters, satisfied themselves by beginning with a bowl of the porridge of the day, followed by all those treat cereals like cocoa pops! 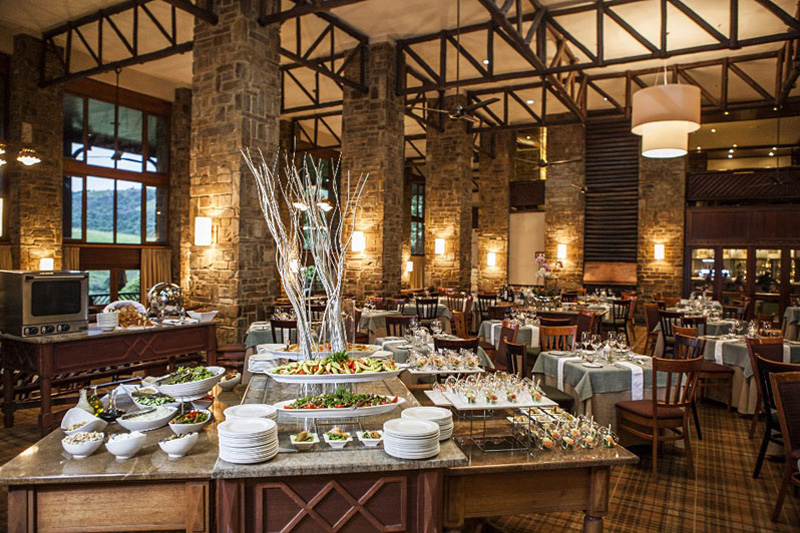 But we simply didn’t have enough space to accommodate the fresh fruit platters, cheeses, cold meats and joghurts, eggs, bacon and omelettes, crumpets, muffins and croissants! Dinner was a similar feast with a salad bar, roast and vegetable buffet, fresh line fish and stir fry corner, curry table (don’t forget we’re in Natal!) and dessert delights. Never mind not having to think of what to cook, it was now to decide what on earth to eat!

And if the resort type set up does not appeal, or you want a day away from it, you can visit the nearby Falcon Ridge, which put on a fantastic display by birds of prey, which are rehabilitated at the centre. Here are also canopy tours for the more adventurous, along with a visit to the neighbouring Drakensberg Boys’ Choir.  Squash and tennis courts are also on offer at the resort, along with a rather rundown gym.

On the sustainability front, The Drakensberg Sun is a part of the Heritage Environmental Programme, and when I asked for a copy of their EARTH booklet and environmental policies, those were immediately forthcoming. Speaking of which, I have rarely come across such friendly and efficient staff. I don’t know how they have got this right but I complimented the manager on it.

After four fun-filled and active days, it was time for us to depart for the airport back to the Western Cape. As my eldest son became increasingly quieter on the journey home, I enquired as to what he was thinking. A flood of tears accompanied by a, “I want to be back playing qolf!” more than  satisfied my curiosity! If I can get my planning right, and I certainly intend to, we will be back!