Now reading: Tasting some of Durban’s finest at Taste of Durban Festival

The Taste of Durban Festival was held over this past weekend, July 26th – 28th. With family on holiday from Bahrain and grandparents available to babysit, a group of five of us (siblings and partners!) braved the blustery wind and slightly inclement conditions on Saturday evening to enjoy all that the occasion had to offer.

Taking place at the Suncoast Casino on Durban’s beachfront, the three days of the festival were divided into taste sessions with tickets sold only for that particular session. Afternoon sessions were from 13h00 to 17h00 on Saturday and Sunday and the evening sessions on Friday and Saturday were from 18h30 to 22h30.

We arrived pretty much as the gates opened and with the long stream of cars waiting for parking, thought we might be in for a long wait but not even ten minutes later had parked and were in the fast moving queue for a ticket. Ticket prices were either the standard entry of R80 (which included a glass) or alternatively, R180 which included R100 worth of Crowns; the official Taste currency. We opted for the R180 ticket and clutching our glass made our way to the various stalls. 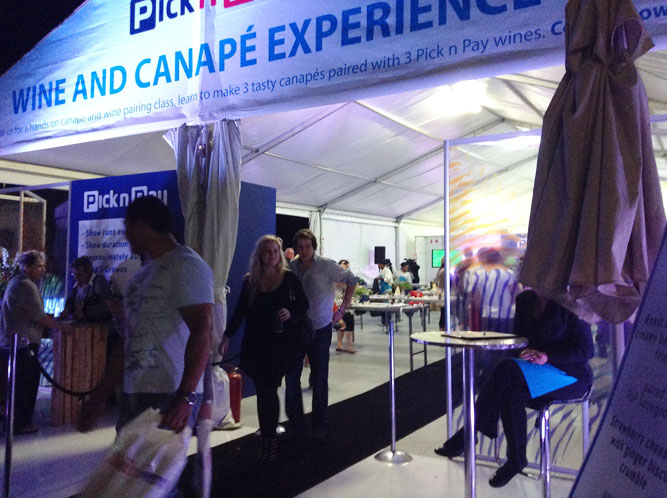 We had arrived hungry and with the chilly wind bolstering the need for something warm to eat, we stopped at pretty much the first stall; the Asara Bistro Box.  I loved this stall and it was probably my favorite of the night. Run by the Asara Wine Estate and Hotel, they used the opportunity to showcase, in Durban, some of their Vineyard Collection and Speciality range of wines. For a princely sum of five crowns, one could choose a gourmet burger (or a sweet option) which was then paired with a suitable wine. My wild mushroom and truffle burger was sublime with a half glass of merlot!

Nine of Durban’s best restaurants were on show, offering up a special menu of starter portion dishes so after we had gobbled down our delightful Asara Bistro Box burgers, we decided that the mature thing to do would be to have a walk around first, before deciding on what next to sample.

Dishes that caught my eye was the Avo Dijon Fillet Roll topped with sliced avo and a creamy honey mustard sauce that was on the Bar-Ba-Coa Argentinian Grill & Butcher Boys menu but after a bit of thought decided it would too similar to the burger we had had earlier, so opted instead for the fish cakes with herb dip served by chef Tony Koche at the Beverly Hills Hotel elements café. These were tasty and the cherry tomatoes with mozzarella balls were the perfect accompaniment. 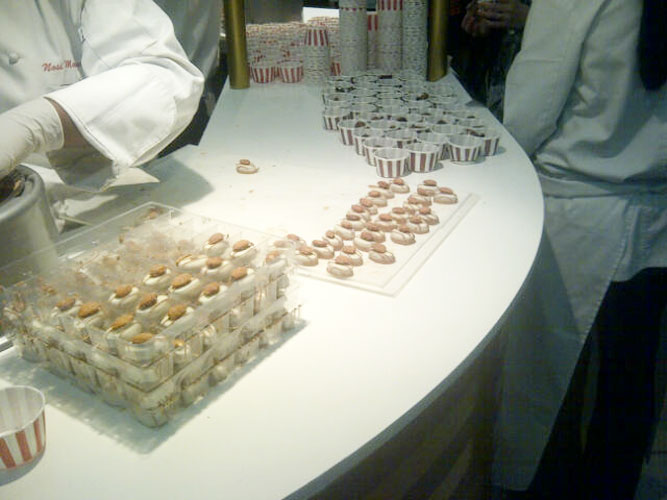 My husband, being a follower of all good curries, sampled the butter chicken and naan from Amaravathi Palki Indian Restaurant. It was a bit too spicy for my liking but delicious all the same. Both of these dishes were six crowns but I felt that I had scored with the free sample of wine given with the fish cakes! I wasn’t on driving duty so when in Rome …

With only nine crowns each remaining in our booklets we made our way back to the Havana Grill & Little Havana stall where chef Louise Potgieter had people lining up for a taste of her Calamari Fritti with wasabi aioli and lemon. Out of this world good! We made a mental note to visit Little Havana restaurant in Umhlanga as soon as possible. Havana Grill is located in the Suncoast Casino complex but dining in a casino, with the ping of the slot machines in the background is not what I call a pleasant dining experience (even if the parking is only R10!).

My sister in law saved the best for last and parted with eight crowns for a bowl of Jackie Cameron’s (from Hartford House in the KwaZulu Natal Midlands) ‘Lowlands’ oxtail risotto. I had serious order envy and will be visiting Hartford House next time we are in the Midlands for a bowl of risotto goodness! 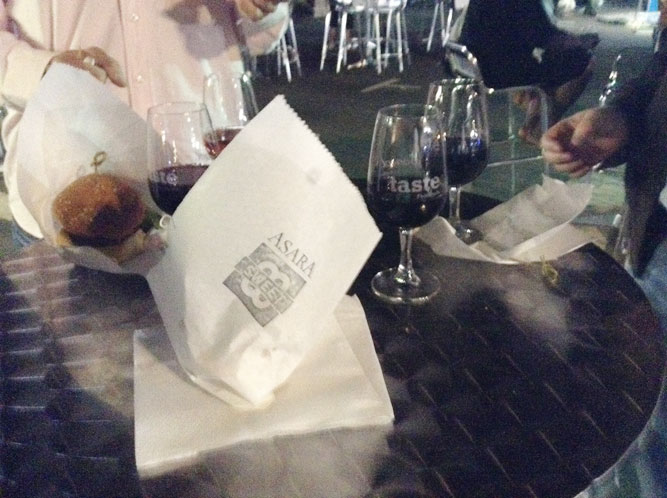 The other three restaurants that were on show were Café 1999 which is located on the Berea, Freedom Café and Simply Asia. There were plenty of other exhibitors; the Lindt chocolate stall had a scrumptious looking range of truffles and chocolates on display (in typical fashion I was all out of Crowns), Sir Juice was there with their gorgeous juices and Beluga lured in punters for sushi with a three crown glass of Graham Beck wine. My sister-in-laws, mothers to five children between the two of them and with the aforementioned grandparents babysitting back home, made short work of that special!

We spent our last three crowns on a much needed coffee from Gloria Jeans. There was loads of tables and benches, as well as ‘chill out’ areas but the cold wind was not conducive to being outdoors so after a good two hours of walking around we called it quits and headed home.

We enjoyed our first Taste of Durban and were so pleased we made the effort to go – we will be back next year!