Sabie Named Town of the Year 2012: Ute from Villa Ticino in Sabie, Mpumalanga was ecstatic when she told us that her town had won Dorp van die Jaar 2012 (Town of the Year)! We thought it was really cool too!

On Saturday 25 August 2012 the Sabie Chamber of Commerce and Tourism held a Makietie in celebration of this title. Plenty of fun was had with an early morning mountain bike fun ride, music and entertainment and a parade. 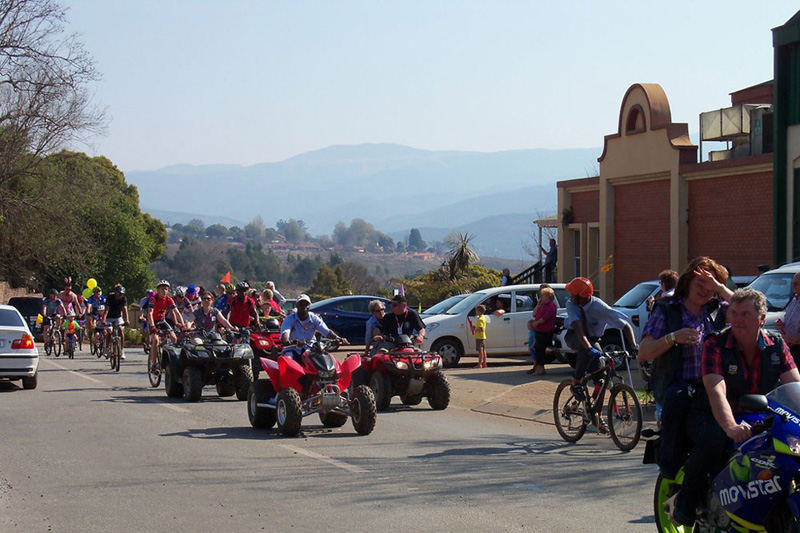 Ute shared some of her excitement with us …

“When Sabie was announced as the winner for the Dorp van die Jaar 2012 from Kwêla & Rapport everybody was extremely excited. Once it was confirmed some businesses started  to decorate and paint their shop windows to proudly proclaim this status.

When we found out that the official hand over of the trophy was on 25 August 2012 everybody in Sabie started to participate by either cleaning, updating or decorating the town to prepare it for the festivities.

On Friday a film team was busy filming the nicely decorated places. As usual, the weather at this time of the year remained sunny and warm and on Saturday during the parade the mercury hit the 27 degrees C mark.

The parade was very colourful and some of the drivers passing through Sabie on that day were very surprised and pleased with what they saw as it was unexpected to them. Once the parade was over the celebration carried on the Sabie Primary School Terrain with plenty of food, drinks , good music and entertainment.

All in all a proud day to look back at and also an inspiration to bring Sabie more forward in future.”

Congratulations Sabie! If you’d like to see why Sabie was named Town of the Year 2012 you should book your accommodation in Sabie to check it out. Happy travels! 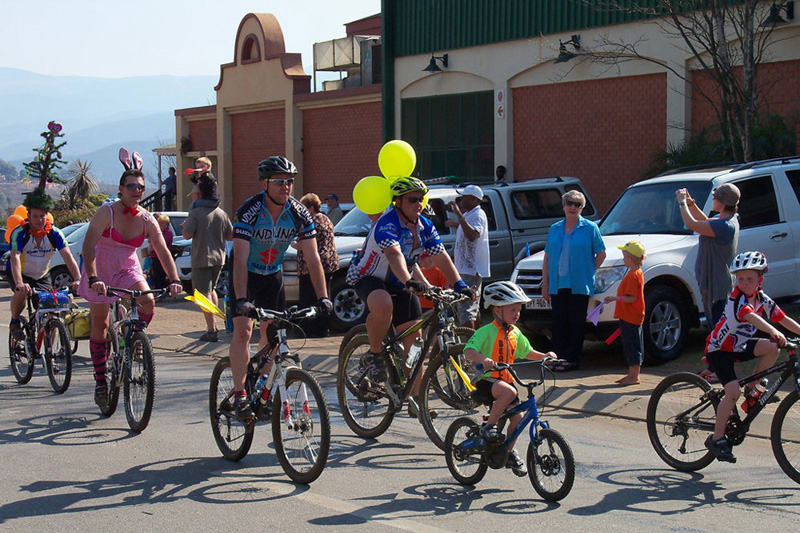