Located in the Drakensberg, and part of the Tugela River, the Tugela falls are the world’s second highest waterfall and drop a total of 950 meters in five cascades (also making the Tugela Falls the highest cascade of falls in the world).

During the winter months, the upper Tugela Falls can freeze, forming ice pillars – a sight not often seen in sunny South Africa! The source of the mighty Tugela River is at Mont-Aux-Sources, a few kilometres from the falls.

The Tugela is the largest river in KwaZulu Natal and from the Drakensberg meanders for 502 kilometres through the Midlands before flowing into the Indian Ocean in Zululand. 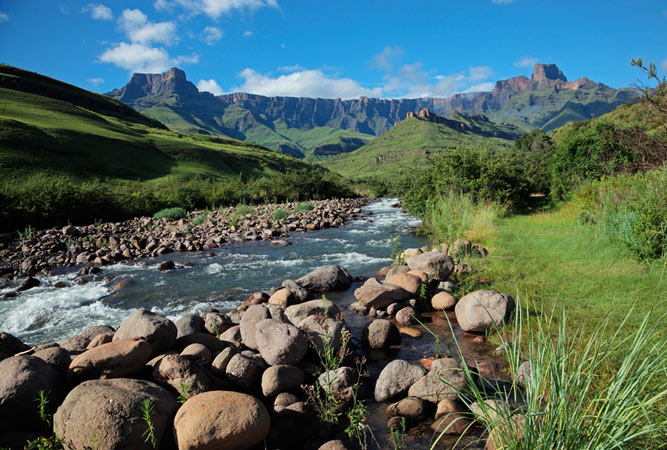 Howick is a small town in the Natal Midlands, and it’s most famous for its falls. The Howick Falls were most likely first seen by European explorers in the early 19th century as transport riders and wagon trains cut routes inland from the coast.  Many of these pioneers were swept over the falls to their death as they tried to cross the river.

The Umgeni River plunges 95m into a pool below, and according to legend, the pool at the bottom of the falls is home to a giant, serpent like creature known as Inkanyamba. Only sangomas can approach the falls and offer prayers to the ancestral spirits.

The Howick Falls are easily accessed from Pietermaritzburg (24 kms away), Karkloof and Lions River. 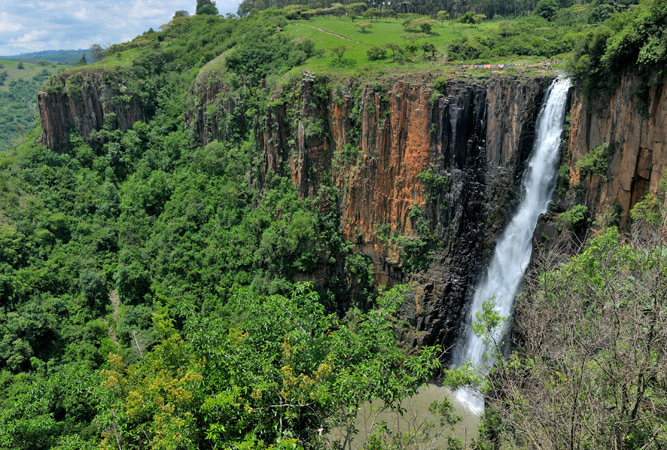 The Mac Mac Falls in the province of Mpumalanga are 65 metres high, and have been declared a National Monument. The waterfall was originally a single stream, but gold hungry Scotsmen, hoping for an easier grasp of the reef over which the river streamed, and therefore an easier grasp of the precious gold the reef contained, dynamited the river in an attempt to divert its flow.  The result is today’s spectacular twin waterfalls, a favourite spot for photographers.

These falls are the only waterfalls in South Africa linked to the historic South African gold rush of the 19th century, hence their national monument status.

The Mac Mac Falls are only 13km from the Lowveld town of Sabie, and are well worth a visit if you are in this area. 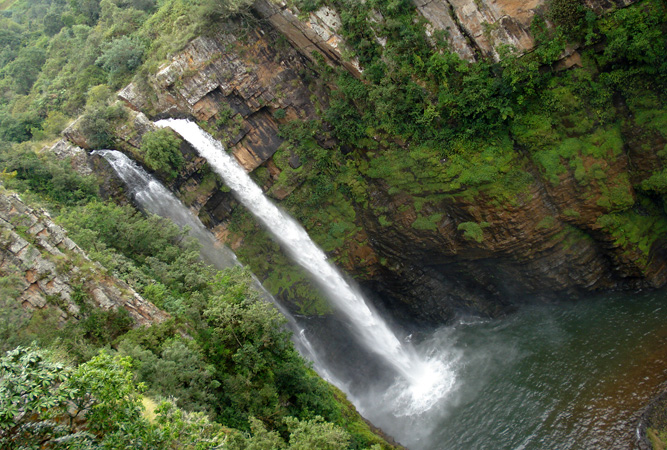 Probably the most impressive falls in South Africa, the Augrabies Falls are located about 120km downstream of Upington on the Orange River.  The river, after flowing slowly along sandy soils begins to move through a massive canyon and then descends through a ravine to the main gorge.  Here, the falls drop, through a series of cataracts to a rock enclosed pool 200 metres below.

The pool below the falls is impossible to reach and has therefore given rise to several legends.  Some believe it contains a fortune in diamonds; washed down the river over the years, and others believe the pool is home to South Africa’s very own Loch Ness Monster!

The word augrabies comes from the Khoi word meaning ‘the noisy one’ and this is very apt if one is to visit the falls. 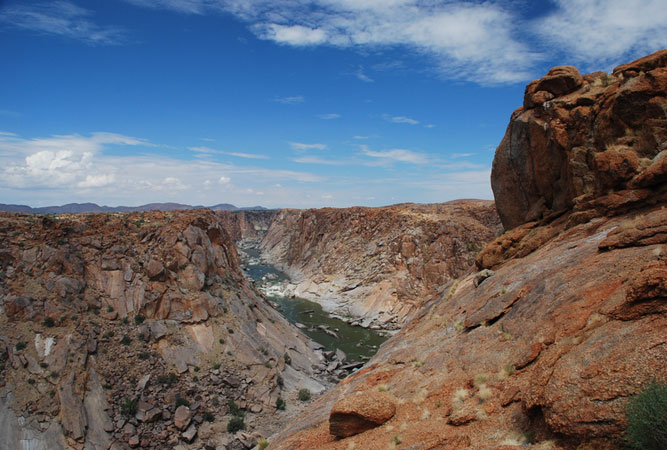