Stay in Bloemfontein for a couple of days and you begin to realise that the city’s reputation as the redneck capital of the country is more than a little unfair. For any of the residents of the country’s judicial capital will wax lyrical, at the drop of a hat, about its laidback vibe, surprisingly pretty gardens and reserves, gorgeous sandstone public buildings and not half-bad nightlife.

We were in the capital recently and uncovered the best spots around Bloem. 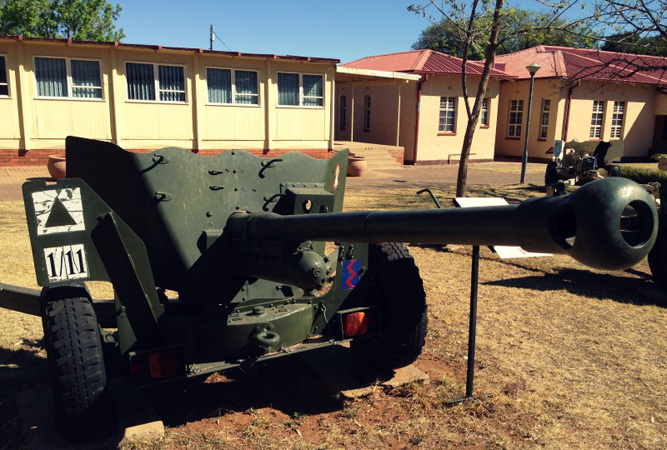 Photograph: In the grounds of the Armour Museum

I have to confess to being dragged along against my will to the Armour Museum. Tanks and armoured cars just aren’t my thing. But the extent to which my son enjoyed himself meant that I had to include this attraction on the list. Tempe took on the role of keeper of South African armour in 1966, when a series of tanks and armoured vehicles moved here from Potchefstroom.

The tree-filled grounds are actually rather beautiful, and, even if the museum (with its displays and rare exhibits of armour, as well as other bits and bops of military history), is not open (it’s housed in a beautiful building that dates back to the South African War) the open-air exhibits are really what kids are after – armoured cars, prototypes from the apartheid era, various war tanks, the only collection in the world of all three variants of the Sherman, and tanks from all over the world. And it’s also absolutely free. 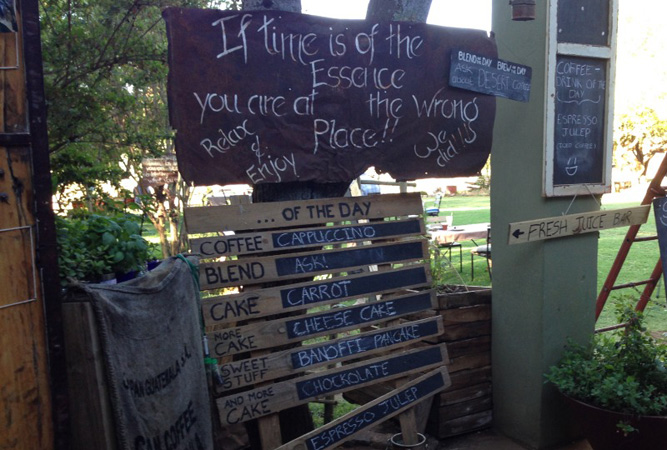 You need to know about Coffee Talks Cafe as you’re not simply going to stumble across it in a mall. In fact, it’s anathema to a mall. Coffee Talks is an experience, not simply a cup of coffee (although their coffee is, without doubt, amongst the best in the city).

The restaurant specialises in Israeli Cuisine, which gives you an idea of the ‘land of milk and honey’ theme, complete with a garden and young olive grove, wooden chairs and tables spread over a lawn below a canopy of trees, resident peacocks, an old gramophone that croons the tunes from whichever vinyl record visitors have selected to hear, and little cushioned alcoves, and nooks and crannies that invite one to while away hours, nevermind the time it takes to drink one solitary cup of their excellent Mastertons coffee. 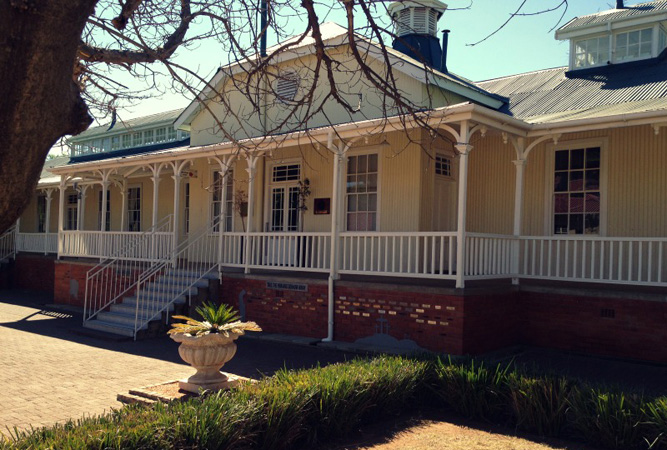 Few who live in Bloemfontein remember the steam locomotive workshops downtown, or that Bloemfontein used to be the mecca of steam in South Africa. The Bloemfontein workshops, aligned with the Sandstone Heritage Trust (steam engine central, for those who don’t know, based in Ficksburg, and home of the Cherry Express), at the end of McGregor Street, are a find! Inside the sheds are a series of restored steam trains that will have steam train fanatics drooling.

Even if you’re not a steam train fundi, the sheds are a treat. Oom (uncle) Lukas Nel, semi-retired but back on the job for his infinite knowledge, will welcome you to his major locomotive refurbishment programme. The workshop is one of the finest refurbishment centres for narrow gauge steam locomotives in the world, and they are happy to have you. But be aware that this is a workshop, not a museum. Parts of the workshop are unsafe for small children, and they cannot accept any liability should something go wrong. 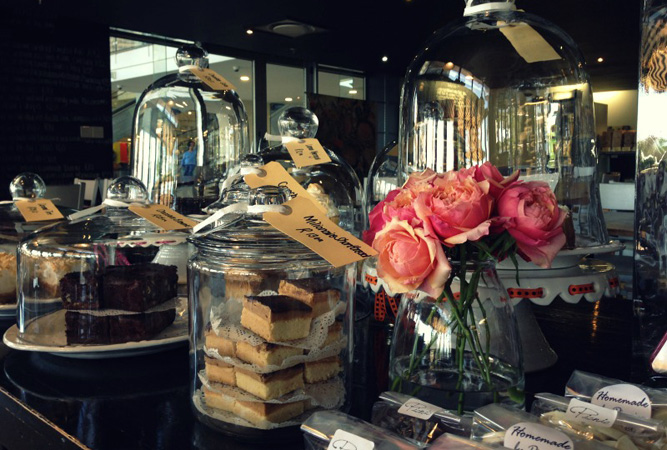 Picnic, at the Loch Logan Waterfront, is a great breakfast and lunch spot. And once you’ve had their chicken, halloumi, sundried tomato and avo salad (with generous servings of avo, chicken and halloumi), you’re guaranteed to return. Besides, their baked-on-the-premises ciabattas and rye breads, deli offerings (tomato jam, deli meats, cheeses, ice-creams, pastry and olive oils) and incredible range of cakes (a slice of the white chocolate cake or milk tart served up with a cup of coffee) are very inviting.

It’s run and owned by Almarie Kleingeld, who used to run the coffee shop, Meel, and you’ll find her on the other side of the counter in the open-plan kitchen, where she keeps an unobtrusive eye on things. Everything is made from as much fresh and local products as possible, hence the black board menu (easy to change as the products are available). They also make all their condiments themselves. Sound like your kind of place? I know it’s mine… 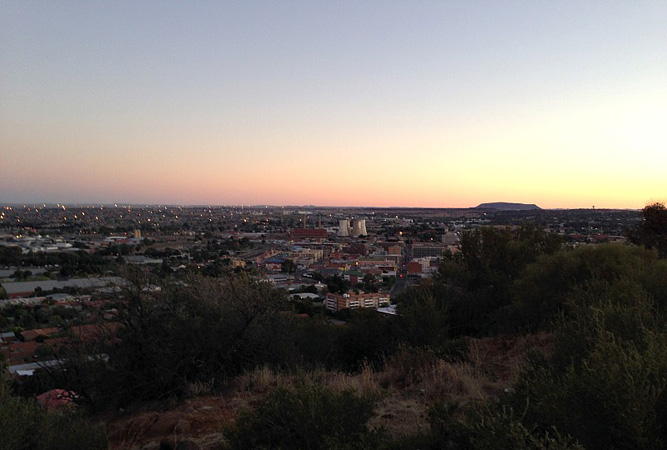 The huge Nelson Mandela statue at the top of Naval Hill has great pulling power. Sundown up above the city is a festive occasion where you’ll find yourself in amongst people from every walk of life, there for every reason (including the odd pre-wedding photo shoot).

You’ll be pleased to hear that any previous murmurings about safety have been addressed and now you cannot enter the Franklin Nature Reserve without being subjected to rigorous security. Don’t forget that the reserve has game and there is a planetarium, whilst the city lights from above are a real treat. Forget eating out up here, though, as despite having built a restaurant facility, the city has yet to find the right tenant. Pack a picnic or snacks instead. 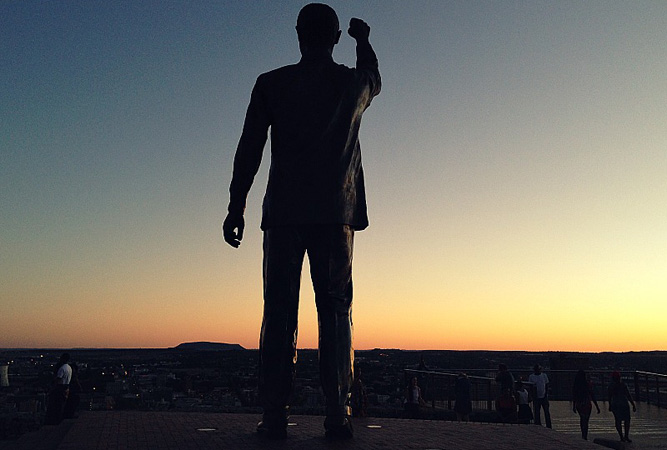 Photograph: The larger than life statue of Nelson Mandela up on Naval Hill 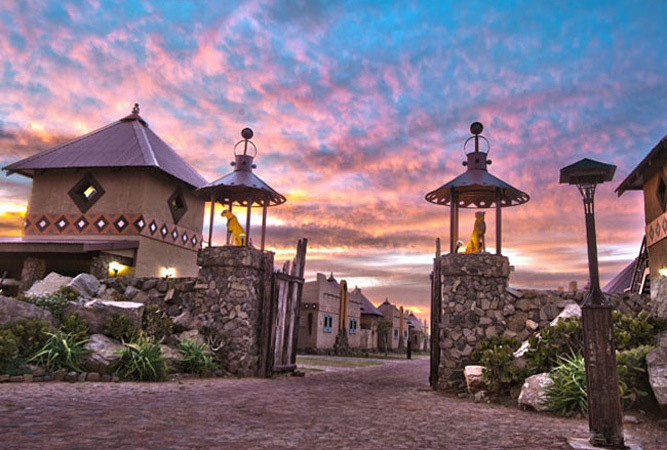 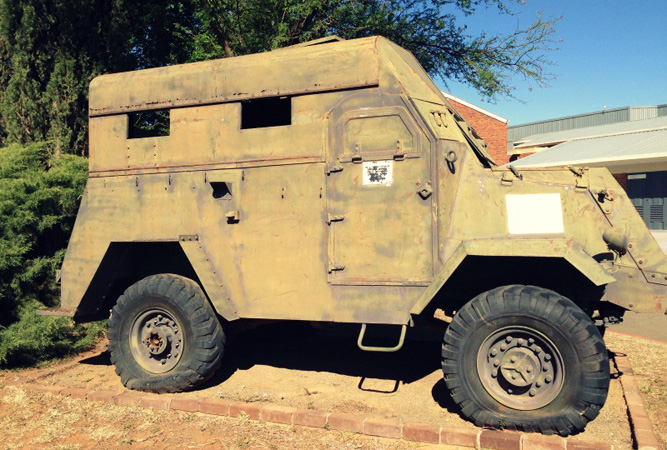