My Valentine’s Day started, not with breakfast in bed, but with my alarm clock shrilling at 5.30am.  The reason for this madness was that I was about to take part in my first ever cycle race; the 77km Three Passes Cycle Tour.  With only four weeks to go until I take part in my second ever cycle race; The Cape Argus Cycle Tour – this training run was of absolute necessity …

Taking in the splendour of the Southern Suburbs, the race started (and ended) at The Cape Academy of Mathematics, Science and Technology in Tokai and after arriving at about 6.20am the number of cyclists taking part in this event meant that first time riders like myself only got out of the starting blocks about an hour later.

After leaving the Academy, the route made its way past Steenberg Golf Estate before taking a right and beginning the long (oh so long) and steep (oh so steep) climb up and over Ou Kaapse Weg.  As this was my first ride and training so far has consisted of a 45 minute spinning class once a week I was rather proud of myself for getting half way up this beast of a hill before having to get off and push! 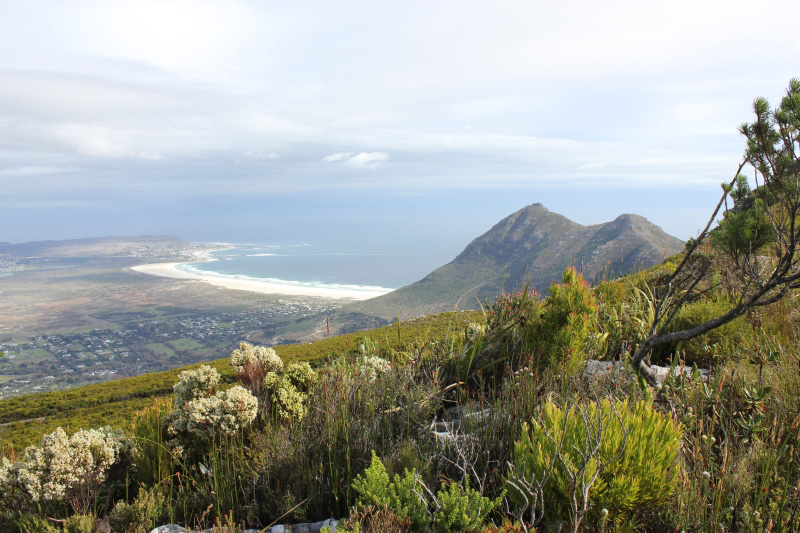 Although slightly embarrassed when a very young child came whizzing past me on the uphill, pushing did give me the opportunity to appreciate the magnificent view of Constantia, Tokai, Lakeside and the Wetlands below me.

Once over Ou Kaapse Weg I was rewarded with a very welcome downhill stretch which brought me up to and through Kommetjie and then carried on through Misty Cliffs and Scarborough.

The False Bay coastline is just beautiful and it’s especially beautiful when one is able to appreciate it from a bicycle; being able to cycle in the delicious shade of the mountain, breathing in the misty sea air and smelling the fynbos.  My bad mood caused by my chain coming off a few kilometres earlier evaporated immediately as I took in the sights around me; the sea looked spectacular as the sun shimmered off it.

From this point we turned ‘inland’ and made our way towards the entrance of the Cape Point Nature Reserve – although we no longer had a sea view, the view of the mountains and hundreds of Protea bushes all along the road was gorgeous.  How lucky Capetonians are to live in such a pristine area. 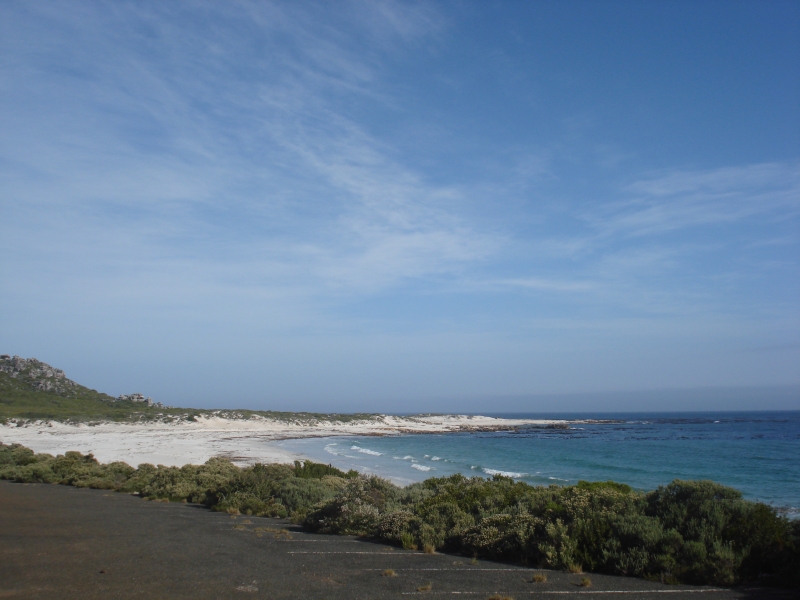 By this stage I had done close on 40kms and my legs were beginning to feel the effects.  However, just around the corner was another very welcome downhill towards Smitswinkel Bay.  One would be forgiven for thinking one was in Greece because the sea here really does have a Mediterranean look about it – absolutely turquoise blue and very clear.  I was almost tempted to go for a swim!

The route now hit Main Road and made its way past Millers Point, Boulders Beach and then through Simons Town.  All along the way people were walking out in the sunshine, kayaking on the water, I went past a group of scuba divers suiting up to see what lies below the ocean’s surface and there were a number of Celtic Harriers runners out too!

Although Simons Town was not the end of the route I ended here (I had a birthday party to get too and time was running out!) but after cycling 60kms on no training I thought I’d done pretty well!  If I had carried on though the last 17 or so kilometres would have gone through Fish Hoek and into Kalk Bay before turning left onto Boyes Drive.  Cyclists would then have a short distance from the end of Boyes Drive back to Tokai and the end at the Academy. 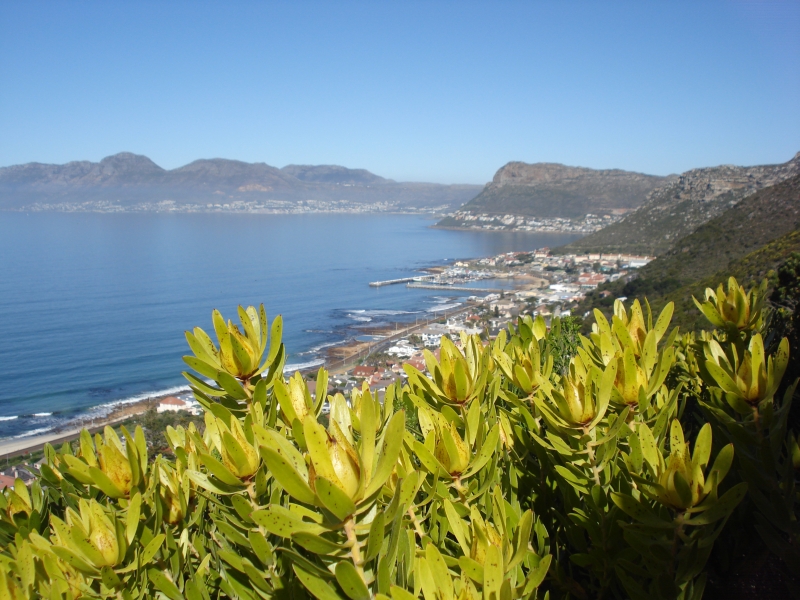 I however jumped into the car and devoured the delicious bread rolls my very kind and thoughtful husband had packed for me and made my way home for a shower and then onto Chapman’s Peak Hotel for a much deserved steak!  I thoroughly enjoyed my introduction to cycling though and will be back – hopefully all the way to top of Ou Kaapse next time around!