Despite the surge in tourism that has thrust South Africa into the limelight as a holiday destination to which Europeans and Americans make return visits, this long stretch of fishing villages, windswept beaches, open-air seafood restaurants and icy seas remains relatively obscure.

However, it is conveniently close enough to Cape Town to serve as an escape for Capetonians.

The southern parts of the coastline are thus beginning to feel the pressure, and towns like Paternoster burst at the seams over long weekends and the festive season. But head north outside the flower season to the Namaqualand and its coast, or inland to the Cederberg, and you will discover a rural, raw beauty that is difficult to find elsewhere.

Here are the Top 10 natural attractions on the West Coast… 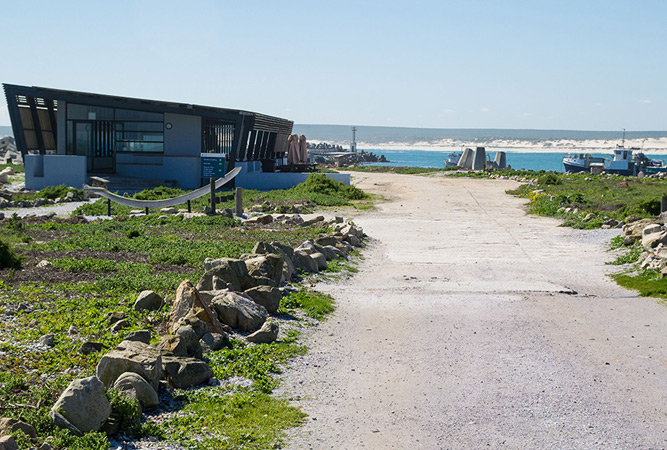 This very little reserve in Lambert’s Bay is a bird sanctuary. So inundated with birds that barely a square centimetre of space is spared, it is one of only six sites in the world where Cape gannets breed and the only such site easily accessible by people (most other bird sites lie offshore).

To deal with the overwhelming noise and smell of guano, Cape Nature have built a fantastic modern glass bird hide where you can unobtrusively witness the birds without interfering in their squabbling, mating and incredible social lives. A colony of African penguins, Cape fur seals, crowned cormorants, gulls and roosting terns also make the island their home.

Inland of the West Coast are a series of mountains very different from the Cape Fold mountains that dominate the Western Cape.

Named after the endangered Clanwilliam Cedar tree (the accepted spelling is Cederberg not Cedarberg, despite this), the reddish mountains rich in unusual sandstone rock formations and pre-colonial rock art (in caves in the area) extend 50 km north-south and 20 km east-west with Citrusdal and Clanwilliam the nearest towns.

Much of the mountain range falls within a wilderness area – a World Heritage site – renowned for its hiking, camping, rock climbing and MTB trails. 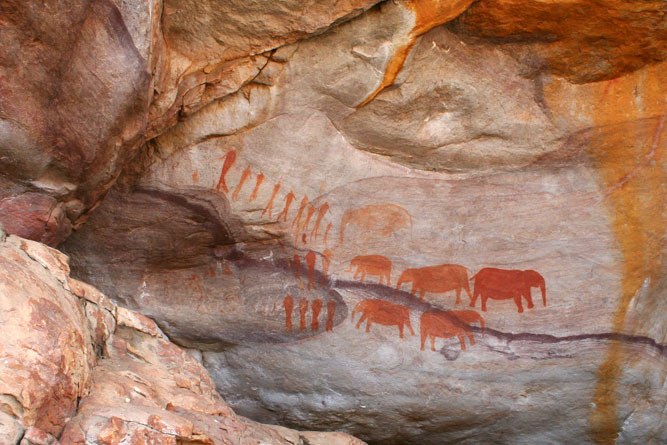 The route is small enough to do within a day, and easily combined with the flowers or a drive up the coast.

This newly proclaimed reserve (2014) lies north of Vredendal and Vanrhynsdorp in an area known as the Knersvlakte (‘grinding flat’) – a vital biodiversity hotspot that protects 1 500 plant species; 190 of them endemic and 155 threatened with extinction.

These rare dwarf plants or miniature succulents, with nicknames like donkey ears, fingers-and-thumbs and baby bums, nestle in amongst characteristic white quartzite pebbles typical of the area. 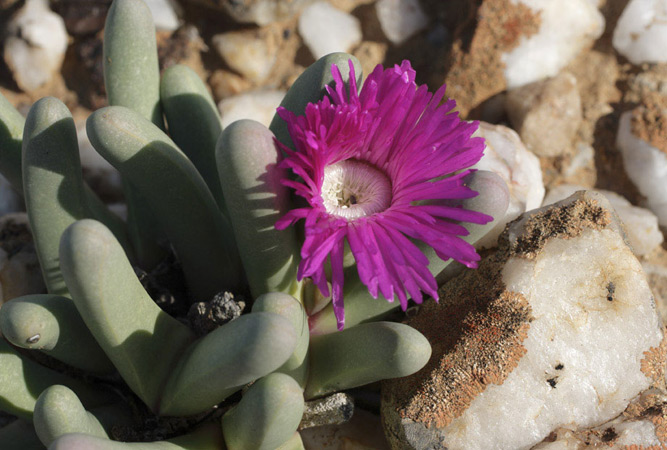 The 6 000 hectare Langebaan Lagoon lies within the West Coast National Park but is worth a mention in its own right, as it is a Ramsar Site and home to thousands of waders that congregate on its intertidal sandflats and salt marshes, making use of its four inshore islands for breeding. For bird spotting it is one of the most rewarding bodies of water on the West Coast.

The lagoon is divided into three zones – a wilderness zone, maintained as a major sanctuary for birds, a low-key recreational area, largely in the middle of the lagoon, for canoeing and sailing, and the mouth where power boats, yachts, fishermen and water-skiers are allowed. No-one may remove perlemoen or crayfish from the lagoon.

This nature reserve, just outside the little flower town of Nieuwoudtville (make sure to visit the community bulb nursery when in town), protects a series of gorges, rivers, caves and plateaus in an area in which there was once a war (‘oorlog’ is war in Afrikaans) between indigenous Khoi and local farmers.

Today the same gorge dissected by deep river gorges makes a wonderful visit not least for the Rock Pigeon and Rameron Pigeon trails. 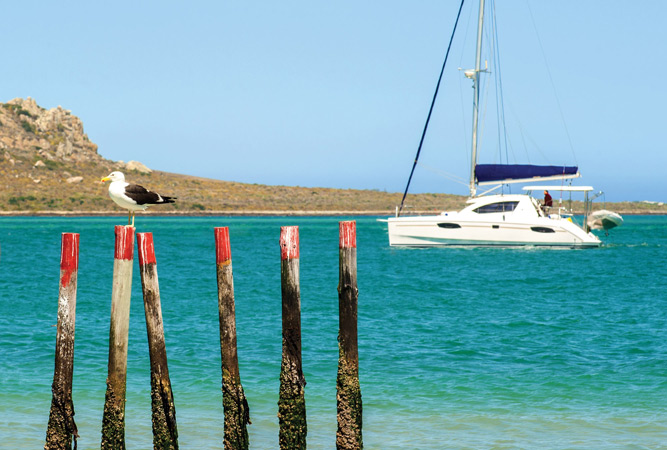 The West Coast’s spring flowers are one of the major tourist attractions of the area. The flowers come after the first rains, making their presence felt up and down the coast from Cape Town all the way north to Koekenaap.

Known as the Namaqua flowers they are best seen as a self-drive in the West Coast National Park (Postburg section) or Tankwa Karoo National Park (western section). Conversely, head as far north as Springbok and make your way back slowly down the coast, stopping at all the flower reserves en route. Best time: end of August, until mid-September, when the sun shines.

Verlorenvlei (lost wetland) is one of the largest natural wetlands along the West Coast. It is a partially closed coastal estuarine lake with its estuary mouth along Elands Bay. It is not only one of the most important estuarine systems in the Western Cape, but is also an important feeding area for the white pelican, and supports 189 bird species, 75 of which are waterbirds.

As such it is also one of the ten most important wetlands for wading birds in the south-western Cape. Despite its importance Verlorenvlei has no formal protection status and it is left to local residents to preserve. Visit for the bird life. 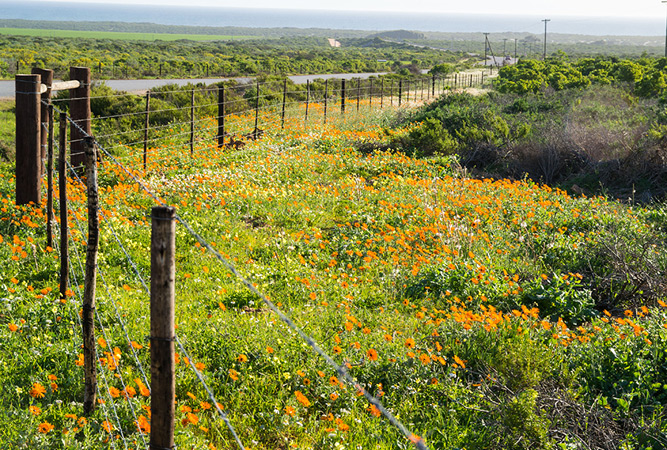 Visit this park and you will discover that millions of years ago the area was a series of riverine forests and wooded savanna. But more interestingly there were a series of animals that lived here, some of them unknown to the world of science. And we know this because phosphate mining uncovered one of the richest fossil sites in the world on the West Coast during the 1950s.

Bones of over 200 different animals that date to 5.2 million years ago are still being excavated. Visit for daily guided tours, and MTB trails.

The greatest attraction of the West Coast National Park is its access from Cape Town. It takes a mere hour and a half’s drive from the city centre to reach the park that lies between the Atlantic Ocean and the R27. Then there is the added appeal of the seasons – no two visits to this park are alike; there is always something new to see.

Most people head here during the flower season when Postburg is open to visitors, but it gets busy as a result. Rather make use of the plenty of braai areas, the chance to see bontebok, tortoises and gemsbok, and Uitkyk and Tsaarsbank picnic areas when the crowds are elsewhere. Remember that you can drive through the reserve to reach the seaside town of Langebaan.