Looking for a fantastic way to spend you Monday evening? Well then I have the answer for you – Barleycorn, held every Monday evening at the Rygersdal Sports Club ( just off Belmont Road in the Southern Suburbs of Cape Town).  It was a great way to spend my evening and anyone who has the slightest interest in music will enjoy this.

Barleycorn conceptualised by Bob Denton from the USA, when he and a few musician friends met up on a regular basis and had some jam sessions, while encouraging more people to join them. In 1977 when this casual meeting of like minds was formalised the Barleycorn Folk Club was born. The word Folk was removed from the title in the early 80’s in order to show that it wasn’t only “folk” music being played. 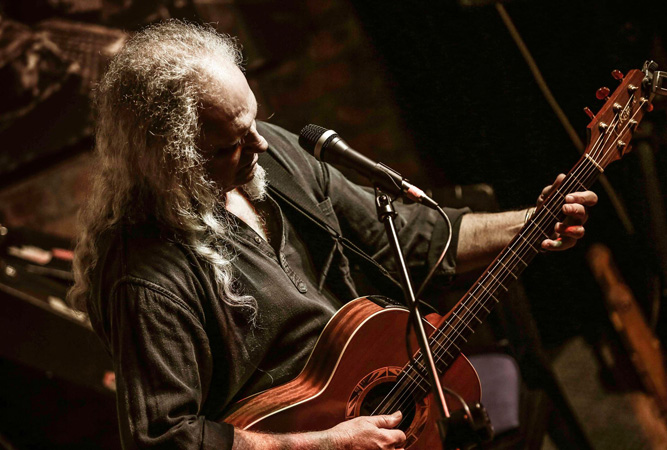 Every week local and visiting talents are given the opportunity to perform to a willing and supportive crowd and since they are a not-for-profit organisation the R20 entrance fee you pay on arrival is used to promote local music and musicians. The volunteers who run Barleycorn are hard working and enthusiastic (as well as unpaid – it’s for the love of music) their aim is to create awareness of the fantastic talent that Cape Town and the rest of South Africa has to offer.

Monday 13 July’s performance was a made up with performances from Heather Pierce-Jones, Zac Smith & John Bartmann, Hugh Coutts and Soulfire.

Arriving late – in true Cape Town style – I managed to miss Heather’s debut but those who were there to witness it enjoyed the performance. I’m sure she’ll become a Barleycorn regular.  It was an evening of debuts as the duo of Zac and John was also new to the Barleycorn scene, this duo has some intelligent folk-rock and entertained the crowd. Hugh Coutts, former committee member of Barleycorn and winner of previous Barleycorn songwriters competition entertained with his all original set. Another crowd pleaser!

The last act to perform that evening was Soulfire and I am not ashamed to say it, I am a groupie, I know the words to the songs and scream just as loud as the other groupies in attendance. If laidback, soulful, acoustic rock excites you then Dave Starke and Duncan Breen are the duo who will get your fingers tapping.

Dave is now based in Eshowe and Duncan is based in Gauteng and they were in Cape Town to start recording their new album. Joining them was Gavin, a really talented musician, and together these three entertained the packed house with a mix of old and new numbers. When it was all over and the crowd called out for more and Soulfire diligently obliged with their rendition of ‘My Fat Horse’ to get the crowd clapping and end the evening on a high note.  For more details about Soulfire and a chance to listen to what they have to offer visit their My Space page (links below).

Also spotted in attendance was Wayne Pauli, lead singer of The Stremes, another local band who is making waves in the music industry. Have a listen to these guys via their My Space page, they’ve got a great sound! (Links below)

If you’re trying to find some way to keep busy and warm on Monday nights this winter and any other Monday of the year, then get yourself down to Barleycorn. R20 gets you in, there are plenty of seats, but make sure you get there early, a large bar with a friendly barman and if you’re hungry you can even get a bite to eat. Just remember to be courteous to the artists on stage performing so if you’re planning to chat to your friends all evening it’s probably best to stay at home. Otherwise come and support the local talent – you never know you might be witness to a South African star in the making.