It was to the sound of baboons barking that we got out of our car at what felt like just past dawn, but was actually already beyond our appointed meeting time. Needless to say, the other members of the party were late. The sound of baboons certainly did not appear to daunt any of the other hikers already setting off across the R44 towards the hut from where we were to get our permits for the day. 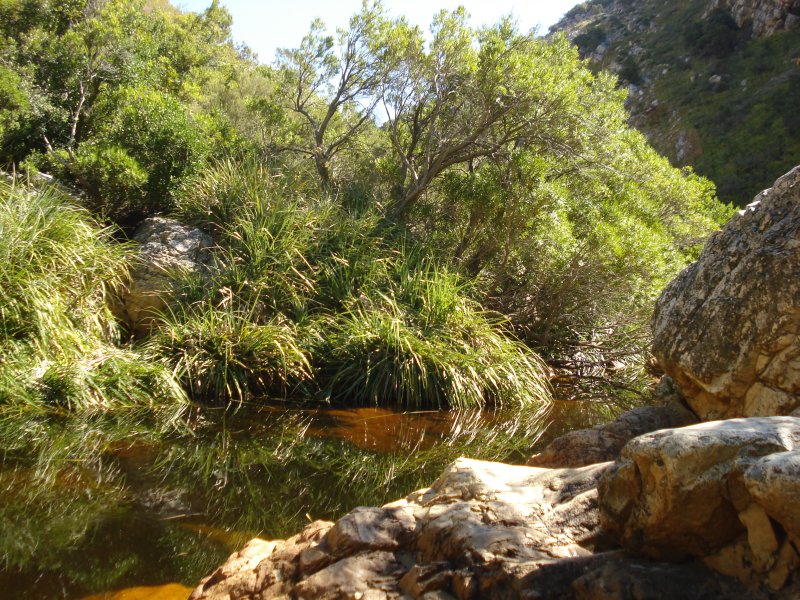 Crystal Pools hike is extremely popular. The ‘gatekeepers’, when we arrived finally at the start of the hike having taken in the view over Gordon’s Bay and the mouth of the Steenbras River before our friends arrived, were already preparing to turn back the latecomers. And one hundred permits are issued a day.

I blanched at the idea of sharing a reserve with another ninety nine people – what were they thinking allowing so many people into a nature reserve? ‘Is there more than one trail?’ I asked, assuming people got ‘lost’ in the reserve on various path options, only to hear that there was but this one path that follows the gorge around the corner from the road and up. And that everyone before, and after us, would be coming along for the journey.

The result of letting so many people into the reserve on such a regular basis (to say that the hike is popular is putting too fine a point on it) means that as from 1 May 2011 the gorge was closed for at least a year for rehabilitation. And after that the City of Cape Town is probably only going to allow guided hikes to limited numbers of people.

The Steenbras River Gorge (it used to be known as the Kogelberg Nature Reserve and forms part of the greater Kogelberg Biosphere) is just outside Gordon’s Bay – you literally cross the bridge over the Steenbras River and then park at the first opportunity. It’s a gorgeous setting. 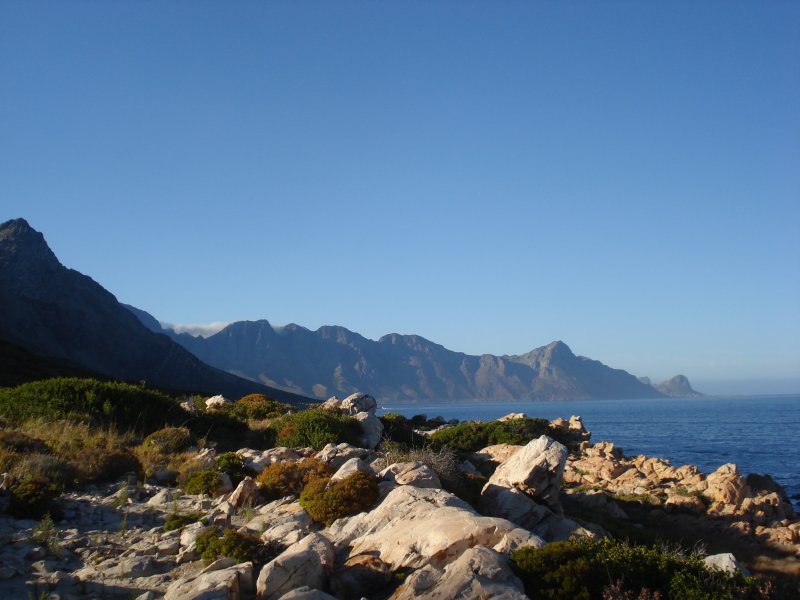 The gorge itself is magnificent, the geological formations alone splendid. But add to this the river, the many pools and then finally, the incredible set of terraced pools right at the end beneath the waterfall, and you have a walk that has become very attractive to many. And all of this just 3 kilometres from the car park.

The problem with all this activity, other than the cigarette butts, and the odd chip packet, is that plants’ regrowth is severely hindered. The environmental team at the City of Cape Town have realised that unless something quite radical is done, 100 year old trees will disappear and the rich diversity of the biosphere will deteriorate.

Absolutely. But why were so many people allowed in at a time in the first place?

It seems such a shame that the reserve has had to take such major steps to solve a situation that need never have arisen. Admittedly what has obviously occurred is that no-one was policing the hut on the way in and once the word was out, streams of people have been coming in to take advantage of the amazing hike and the pools.

The walk itself is quite simple. With a couple of five-year olds in tow, we managed it at a gentle pace (there are quite a few loose rocks and pebbles en route), give or take the odd group of youngsters who came charging past, raring to get to the pools before anyone else could take their favourite spot. 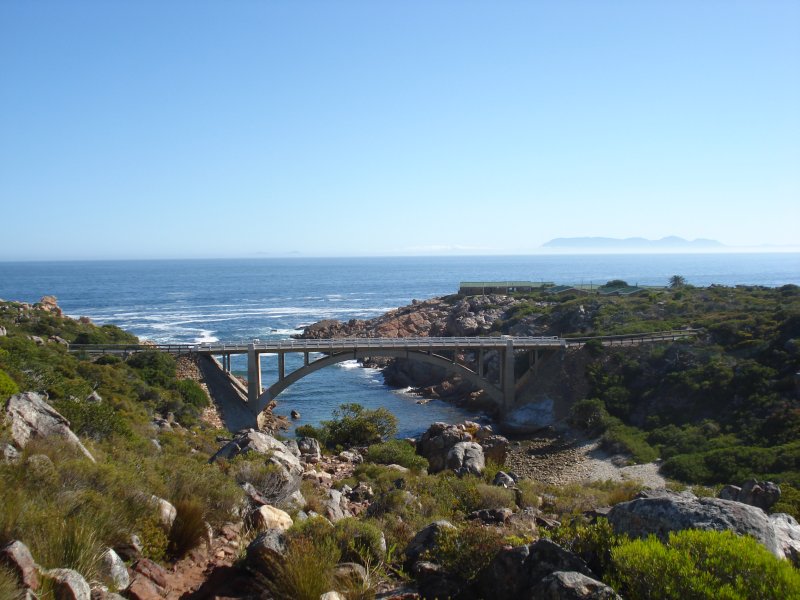 The hike is described as ‘easy’ and for the average person, can even be tackled in ordinary takkies and a swimming costume, particularly as the sole purpose of the hike is to cool off at the end. On our way out, we past the last two permit holders, each hugging a guitar, with little other than sandals on, which should give you an indication to the seriousness of the hike.

Nevertheless, on a hot day like the one on which we ventured up the gorge, you might want to make sure you take lots of water, as the guitar players were already asking about a water source and whether or not it was safe to drink, and they had another couple of kilometres to go before the pools (a later source indicated that the water is far from savoury).

The Steenbras River runs alongside the path for most of the hike. There are also more than a couple of places where you can stop and cool off well before the official Crystal pools. And the path is clearly marked with large yellow footprints and red-topped poles, even if the initial part of the hike is a bit of a scramble.

We knew we had arrived at the first terraced pool as the shouts and screams of excited swimmers reached us. We approached a rocky ledge overlooking the pool at more or less the same time as another party, one of whom had obviously been before. He indicated that there were at least another three pools above this one and advised the second as the access point was a little easier with children. 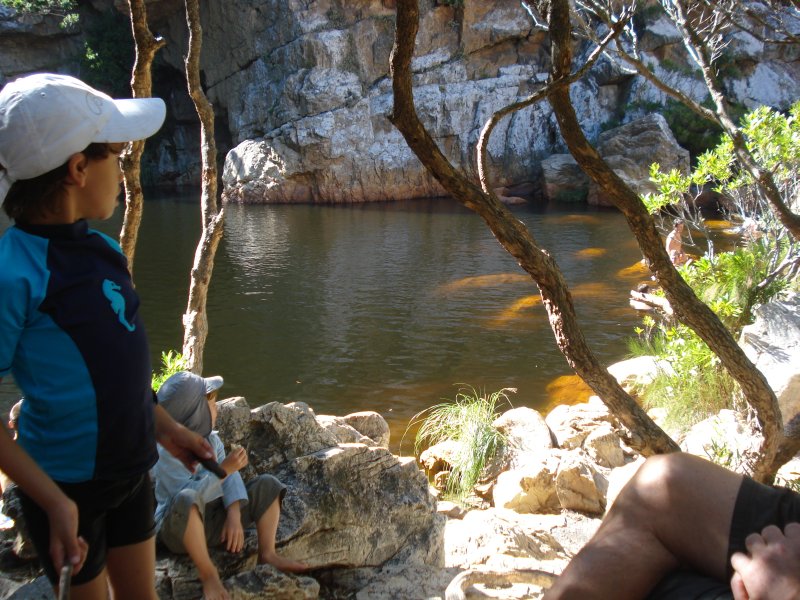 Actually it ended up being quite festive, joining a couple of groups of young people on the boulders under the trees on the side of the beautiful pool. We watched as a few scrambled up the sheer rock faces and then jeered one another on to jump from ever more precarious ledges. Having had a good time, many of them then proceeded up to another pool above ours. And there is apparently a fifth pool above the actual waterfall, which we could only just make out way above us in a crack in the rocks.

A beautiful hike. Just glad we managed to do it before the reserve is officially closed to the public. It might be that we were of the last people to manage the hike before it becomes a guided path to but a few.

Four Towns, A Biosphere, Penguins & Whales – Clarence Drive Has It All

Clarence Drive is one of the most stunning coastal drives in the world. It's every bit as exciting as Chapman's Peak, without the cost of the toll. Forming part of Route 44 Clarence Drive hugs an incredibly scenic portion of the coast just south east of Cap...

South Africa protects just under 25 areas of its 3 000 km coastline. Known as marine protected areas (MPA), they safeguard threatened marine species and important habitats. What they are, in essence, is a space in the ocean that strictly regulates human act...