The historical De Waterkant area of Cape Town, situated just above Green Point and kept watch over by Signal Hill, has fast become the epitome of cool, playing host to the apartments of young professionals and a range of fine restaurants and niche retailers.

The neighbourhood’s transformation from middle-class suburb to urban cool was sealed with the construction of the Cape Quarter – a business centre come lifestyle oasis – in 2001. The centre marries the area’s rich history with its current trendiness, by retaining the neighbourhood’s Cape Malay architecture on its street facades, some of which dates back to the 19th century. 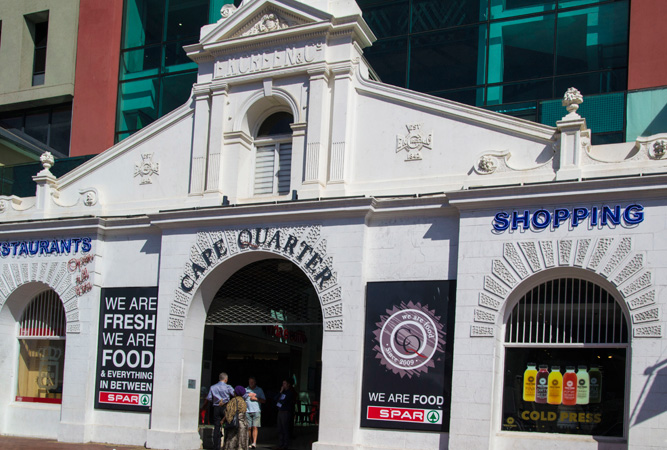 Inside, however, the architecture is the only thing that’s not on the cutting-edge. The ingeniously designed space is home to not a small number of interior shops, clothing boutiques, art galleries and restaurants. I spent a good while browsing everything from African-inspired interior furnishings to contemporary art to mind-blowing jewellery designs to sound systems to high-end fashion and sunglasses. Quite a feast for the senses.

And speaking of feasts, the restaurants of the Cape Quarter are right up there with the best. Andiamo (meaning “let’s go”) has you covered for all things deliciously Italian, including a well-stocked deli and sandwich bar.

Tank, one of the first restaurants in Cape Town to capitalise on the sushi trend that began a few years ago, will ply you with items from its Pacific Rim menu and cocktail list while you sit surrounded by a 20 000 litre, saltwater fish tank (yes, hence the name).

Wine aficionados: head for The Nose, a wine bar serving some of South Africa’s best wines complimented by a comprehensive menu including ‘Warthog fillet stuffed with brandied apples’. Not to mention Fiesta, with its menu of mouth-watering tapas, and La Petite Tarte, where the French confectionary is not to be missed. 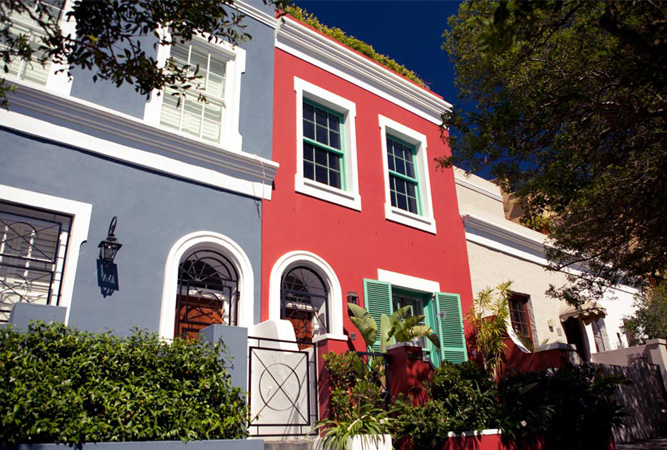 However, as tempting as it might be to while away your time amongst the delights of the Cape Quarter, there’s still more to be seen in De Waterkant proper. A wander around the narrow, criss-crossing streets will have you surrounded by old Georgian-style houses, many of which have been converted into still more businesses and boutiques. Just don’t be startled by the boom of the Noon Day Gun, positioned right above you on the Hill.

If you’re lucky, you might happen upon Café Max, an accidental – yet very pleasing – find of mine.  The French-inspired eatery is housed in an historic building in which, once upon a time, Lord Somerset stabled his horses. Despite this, the restaurant provides a deliciously secretive escape from the bustle of the city – at which you’d be forgiven for spoiling yourself rotten. Sadly, it is not open for dinner.

Of course, if it’s an evening meal with a difference that you want, I’d recommend Pigalle. Though named after the red-light district in Paris, this beautifully appointed, 300-seater, converted ice rink offers excellent Portuguese cuisine and seafood. With a live band every evening, dinner dancing is the order of the evening for the restaurant’s sophisticated – and often celebrity-dotted – clientele.

De Waterkant is a corner of culture and indulgence, and, try as they might, Capetonians won’t be able to keep this one under wraps for long. 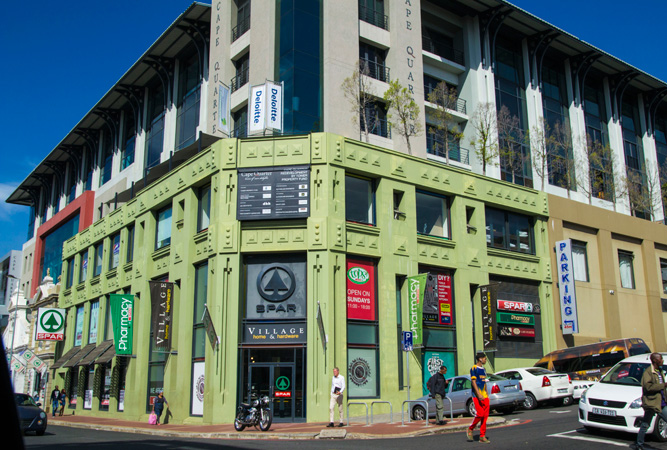