On the edge of Tulbagh, shortly after passing along its bustling Main Road to where a rather imposing NG church sits overlooking the valley, there is an unobtrusive row of bluegum trees.

Just beyond this is the Bloekombossie restaurant – a rather quirky looking eatery that promises delicious teas and meals, complete with a curious cob house and thatched rondavel outback. Behind this lies Dreamcatcher cottage – quiet, peaceful and inviting, its attractive façade facing the Winterhoek range of mountains – the view captured from two of the three bedrooms … 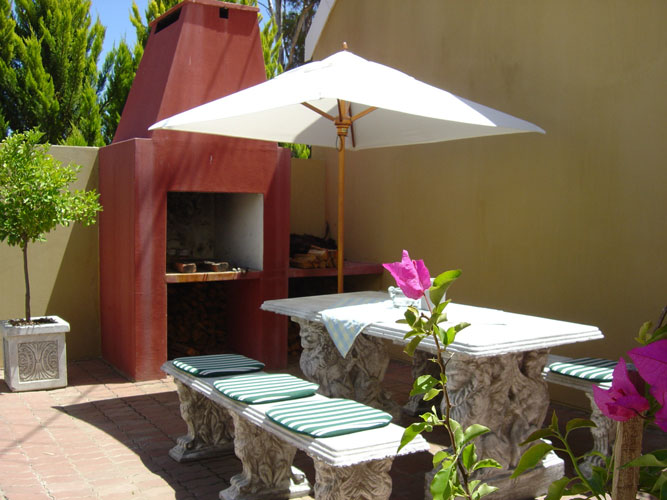 Dreamcatcher Tulbagh – A Place to Dream …

If you did not know it was here, you wouldn’t see the cottage when driving through Tulbagh. And this is only the first of a number of whimsical aspects about this particular venue. Dreamcatcher in the Chippewa culture is the inanimate word for spider or bawaajige nagwaagan, meaning ‘dream snare’.

Alongside one of the front windows of the cottage, with its tinned, pitched roofs, hangs one of these sacred items complete with feathers and beads. Despite its being but a small rendition, and the fact that tradition dictates one should hang these over the bed, the cottage must be imbued with this dreamcatcher’s spirit, for only the best of dreams filtered through whilst we stayed there. In fact, we slept better than we had in months.

Dreamcatcher is an elegant, modern cottage, carefully kitted out with all the mod cons one expects from three-star self-catering accommodation, but done with a certain distinction and measure that allows one to feel immediately at home, whilst maintaining an understated luxury. 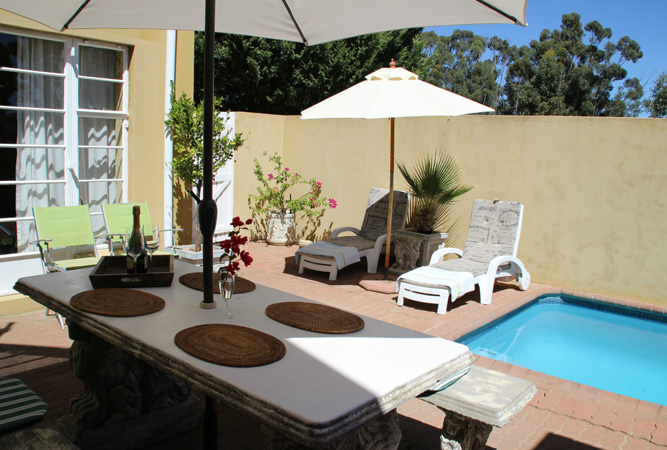 The website does not do the venue justice. In reality, it is far larger than it comes across in photographs, and the distance between bedrooms easily allows for privacy and time out. The heart of the cottage is the lounge and diningroom, its roomy rafters revealed. Attractive and aesthetically appealing, the fireplace houses a roaring fire that kept this open-plan area snug and warm on all four of the nights we were there.

The diningroom opens up onto a pleasant, little enclosed verandah, as well as a braai area and plunge pool that, according to a number of enthusiastic visitors’ quotes in the guest book, is a lifesaver during the warm months of February / March. That and the air conditioning on the west side of the house.

The kitchen has most of everything you need, with pretty wine goblets, coffee machine, washing machine and bar fridge. Each of the bedrooms is ample in size and extremely comfortable, particularly the beds, which either means that the dreamcatcher in the window was doing its thing, or the beds and mattresses were as comfortable as they felt (I wish all accommodation would take a leaf from this book, as I can think of only one other time in which I was as comfortable, and that was in the Cotswolds in the UK!). 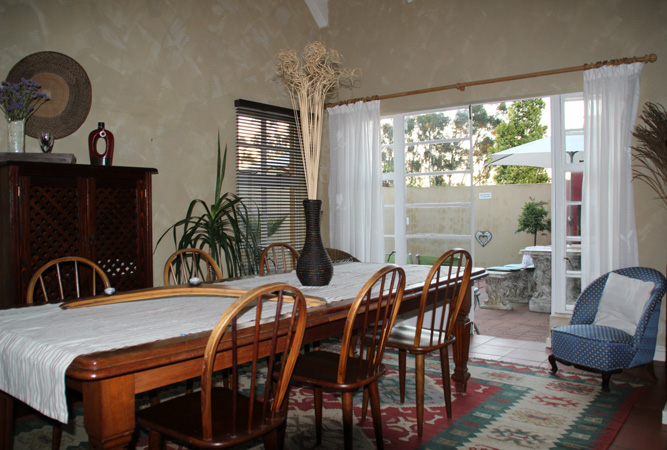 And it was just as well that the interior was as  generous and welcoming as it was, as I became more than familiar with the layout of the furniture due to a rather sick offspring, who was in no condition to leave the house for a few days. Despite this, my first foray into the village of Tulbagh bordered on enchanting. I snuck out as the light of the first day was beginning to dim, to explore Church Street.

Church Street is one of the main reasons for coming to Tulbagh – you’ll read about it in every information brochure. This beautiful street has some of the most notable and largest number of examples of Cape Dutch architecture, Victorian and Edwardian houses and national monuments in one street in South Africa.

Even if you didn’t know about Church Street – it is not immediately obvious from a precursory drive through town as it runs parallel to the main road – the setting of Tulbagh, lying as it seems to do, in a secluded valley all of its own, surrounded by the Obiqua, Winterhoek and Witzenberg Mountains, is enough to make one want to stay awhile. 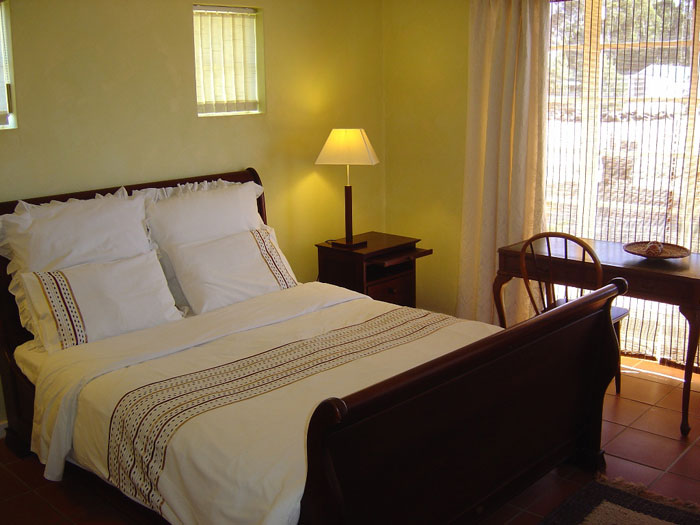 And there is so much to see and do here, that one would be hard pressed to do it all in a day, although Capetonians are venturing out here for an evening show at the new Saronsberg Theatre (directly connected to the Saronsberg wine estate), managed by partner in the artistic venture, Chris van Niekerk of Sewende Laan fame (Chris also runs Rosendal Teater set in the eastern Free State town of, you got it, Rosendal).

The beautifully restored, formerly condemned building, now an intimate, little theatre on Van der Stel Street (the main street through town) plays host not only to a range of homegrown talent, but also to local stars like Sandra Prinsloo, Danie Niehaus and Koos Kombuis. And all of this awaits one, even before setting out to sample the famous wines of the valley – Drostdy Hof, Blue Crane Vineyards, De Heuvel, Waverley Hills Organic Wines, Theuniskraal Wines, Twee Jonge Gezellen and Manley Private Cellar.

Add to this a list the length of your arm of places to visit, such as Kimilili Cheese, Moniki Chocolatier, the pretty deli Things I love, and a collection of often reviewed restaurants along Church Street, and you begin to see how one or two days is probably not going to do Tulbagh justice.

Which is why a venue such as Dreamcatcher is such a gem. And the reason its visitors return time and again.