Now reading: Festivals in the Cape

The amazing variety of festivals in the Cape is evidence of the fact that Capetonians like to celebrate. Having recently experienced the epic, eco-friendly Rocking the Daisies music festival in Darling, I can attest to the fact Cape Town’s party spirit is alive and well.

Capetonians don’t just rock ‘n roll however. From the Whale Festival in Hermanus, celebrating the town’s status as one of the whale watching sites in the Southern Hemisphere, to the Cape Town International Jazz festival, bringing the best performers from all over the globe, it seems every taste is accommodated. 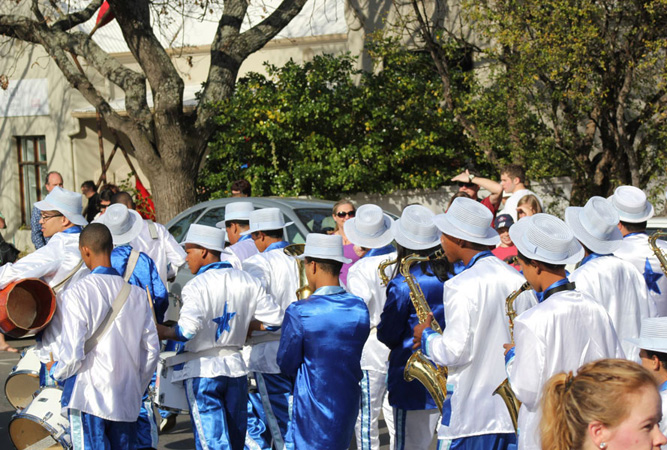 The Cape Town International Comedy Festival is fast becoming a favourite on the cultural scene, with the Cape Town World Film Festival not far behind, providing the opportunity to see some of the top films and documentaries from around the world. The Good Food and Wine Show takes place in the city itself, while further afield, the Bien Donne cheese and wine festival takes place in the Franschhoek area, and the Riebeek Valley olive festival has its home in the wide open spaces of the Swartland.

Given its location (and reputation) in the heart of the Cape Winelands, it should be no surprise that Stellenbosch hosts several annual events celebrating wine. Further up the coast, but still devoted to culinary delights, the town of Knysna, often voted South Africa’s favorite tourist destination serves up a feast of oysters on the shores of the lagoon, during the annual Oyster Festival.

Inland of Knysna, at the historic town of Oudtshoorn, the Klein Karoo Nasionale Kunstefees celebrates both Afrikaaner heritage, and the performing arts. 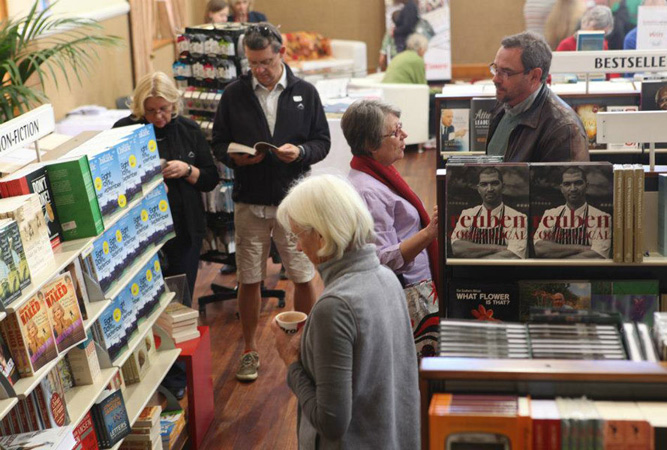 The SA Navy hosts an annual festival celebrating its history and heritage at Simon’s Town. Parades, and performances by the Navy band, dog shows and artillery exercises are all on the programme. While in the town, plan a visit to the statue of Just Nuisance. The Great Dane who became a symbol for the Navy at Simons Town many years ago.

In recent years, several music festivals have begun in the areas surrounding Cape Town, with Rocking the Daisies at Darling, now in its third year, combining the themes of music appreciation with living an eco friendly lifestyle. Ramfest at Worcester on the other hand focuses on alternative and rock music in South Africa, with many local bands featured on the lineup.

Also in Darling is the Voorkamerfest. The brainchild of Darling’s most famous and colourful resident, Pieter Dirk Uys, this festival takes visitors of a tour of voorkamers (front rooms) in the town, where unique theater productions are enacted. Fynbos is celebrated in Kleinmond, located between Gordon’s Bay and Hermanus, and Rooibos tea, another uniquely South African plant, is combined with good health at the Fitness Festival at Clanwilliam. 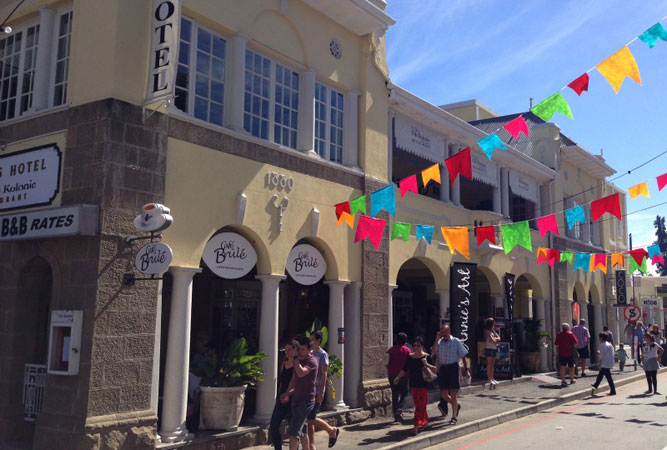 With all of these and many more festivals and celebrations on the go every year you are spoilt for choice and you are almost assured that at least one of these will coincide with your trip to the area, so set aside the time to visit!