Now reading: 7 Ancient Forests in and around Cape Town

Once upon a time, before the fynbos evolved, much of the south-western Cape, and indeed Southern Africa, was palm forest.

The ancient, once-huge forests are still in evidence in only 0.5% of Africa. You will find what remains in sheltered, remote pockets in mountain ravines or on river banks; the trees’ ancestry millions of years old – a legacy from the time when man was not yet on Earth.

In and around Cape Town you will find 7 remaining ancient forests. But you need to know where to find them…

Where: just south of Kirstenbosch National Botanical Gardens, north of Constantia Nek in Cape Town; there is a car park at the intersection between Rhodes Drive and Hohenhort Drive in Constantia

Whilst much of Cecilia forest remains uniform pine and gum, smaller patches of yellowwoods, ironwoods, assegai trees, olinias, African waterboom, rooi-els, boekenhout and spoonwood trees are in evidence on many of the walking trails open to the public. The intention is to integrate Cecilia Forest into Table Mountain National Park, which is adjoins. 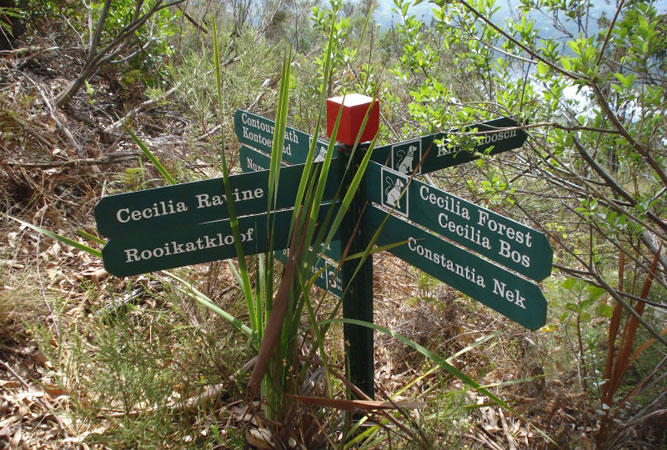 Where: in the Langeberg, just beyond the town of Suurbraak, close to Swellendam, three hours’ from Cape Town. The nature reserve is well signposted

This extraordinary remaining piece of indigenous forest in the Langeberg is also the most important stretch of afromontane forest left in the south-western Cape because it includes all 35 typical forest tree species, and is home to the rare forest emperor butterfly and a subspecies of the rare ghost frog.

Lying within a World Heritage Site, the forest is also home to camphor, Australian blackwood, bluegum, ash and oaks as well as a series of giant Californian redwood trees – in the forest since 1907. The forest borders Boosmansbos Wilderness Area that includes further forest, renosterveld and silcrete fynbos. 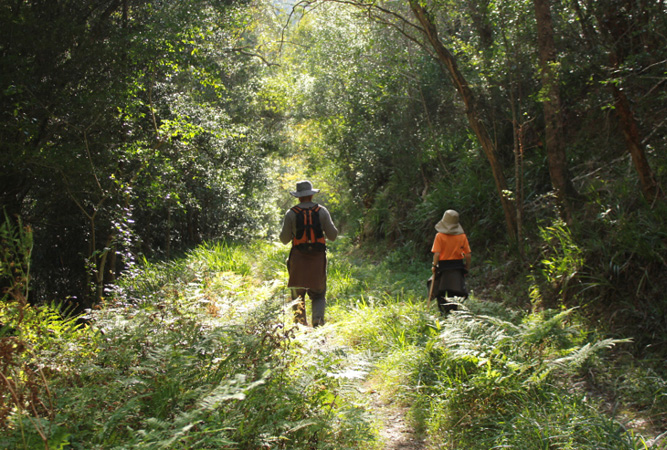 Where: the famous botanical garden lies at the foot of Table Mountain in the suburb of Newlands, Cape Town

Kirstenbosch is popular for its gardens and the wealth of its fynbos that clings to the lower slopes and valleys, upper slopes and the north eastern edge of the estate. Many visitors fail to explore (because it is so high) the forest in the kloofs and slopes just below the peaks that are the backdrop to the botanical gardens.

The oldest and largest trees lie between Skeleton and Nursery streams; all that remains of the incredible afro-montane forest felled for timber during the late 1600s and 1700s. If you cannot hike up into the gorges and kloofs above Kirstenbosch, walk the Yellowwood Trail on the lower slopes. 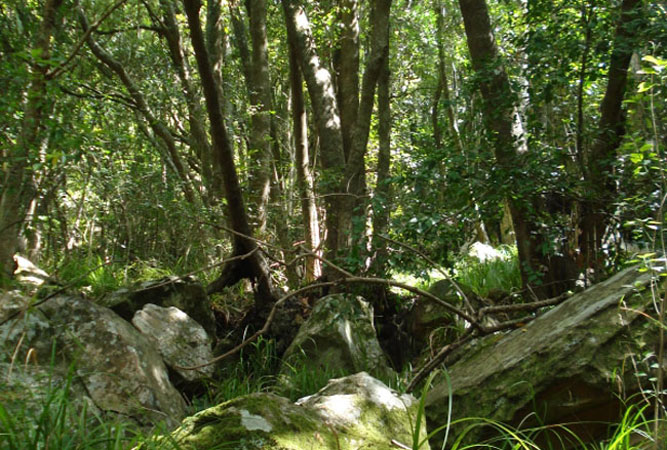 The elephant population that once roamed this forest in plentiful numbers, is no longer seen, and its elusive remaining members a source of debate. But you will see the endemic Knysna dwarf chameleon, a huge scope of birds that include the emerald cuckoo, greater double-collared sunbird and tambourine dove. Explore on one of many forest walks and hiking trails. 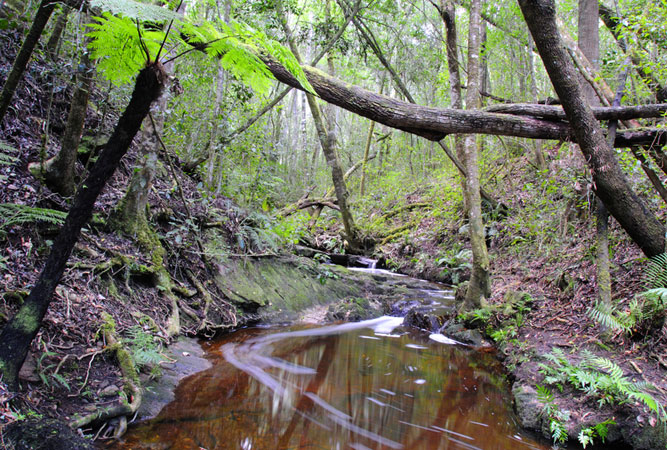 Where: on the eastern slopes of Table Mountain in Cape Town, in the suburb of Newlands

Combined with a series of pine and gum plantations, the trees of Newlands Forest provide a wonderful, shady area for people to walk, run and stroll their dogs. It serves as an entry point to at least four major hikes, and the contour path links Newlands Forest to Kirstenbosch. 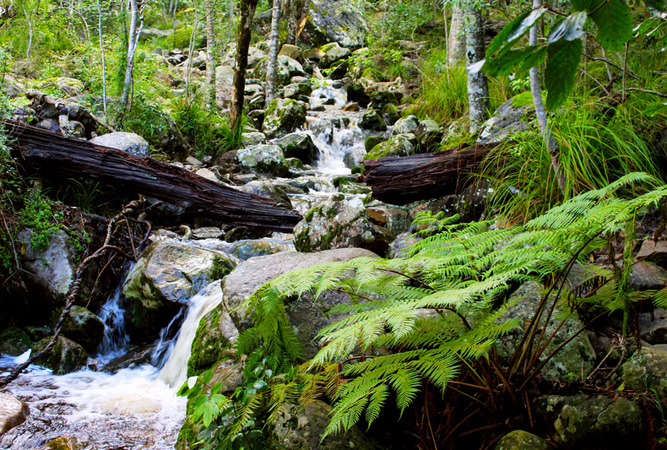 You can’t get into Orangekloof without a permit from the Hout Bay Forestry Station as it forms part of a protected area on the mountain. The Hoerikwaggo Trail from Cape Town comes through the kloof, and one of the hike’s five tented camps is in the valley (you can book to stay in the camp overnight).

The forest is the most intact and oldest indigenous mountain forest on Table Mountain. And you will need a guide, as getting lost in the forest is fairly commonplace. The Milkwood trees in particular make the place seem from another world. 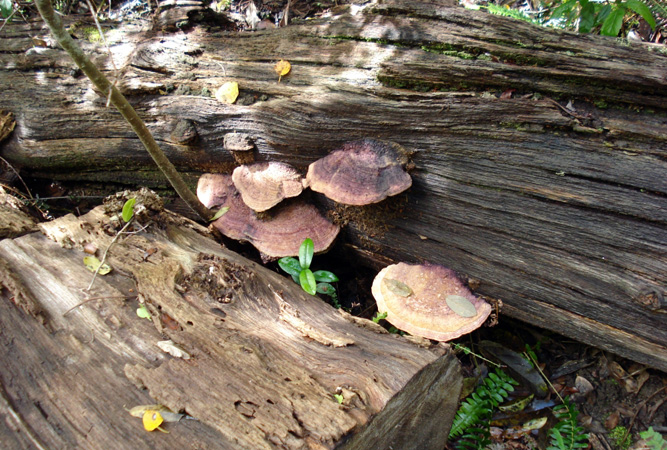 Where: Between Gansbaai and Stanford on the slopes of the Baviaanspoort hills, three hours’ from Cape Town; visit by appointment

Platbos is an exceptional ancient indigenous forest; the largest remaining fragment of the Swartkransberg Forests. It is unusual not only because it is located on north-facing terrain, not on the usual moister mountain ravines or river banks as one would expect, but also because it is privately owned and managed.

Its tree species too are unique. Platbos does not easily fit into any existing forest category; it is comparable with Tongaland-Pondoland forests in KwaZulu Natal. 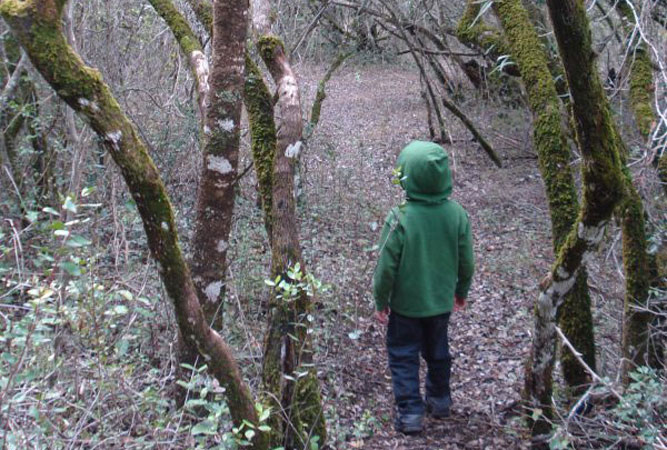