Now reading: Joostenberg Deli – a stop worth making time for

Saturday was a day filled with new discoveries and interesting stops. We visited a local farmer, Erick, on his farm just outside Bloekomsbos, accidentally discovered one of the Stellenbosch jewels – Joostenberg Deli – and uncovered a gem of a garden centre just next door.

Erick Zenzele is the farmer that sends us a bag full of peas, cabbage, mixed lettuce leaves, beetroot, broccoli and spinach every week. His farm (his land has been loaned to him by a local farmer) just outside Bellville in Cape Town is part of the local CSA (community supported agriculture) project supported by Slow Food Cape Town together with the Sustainability Institute. 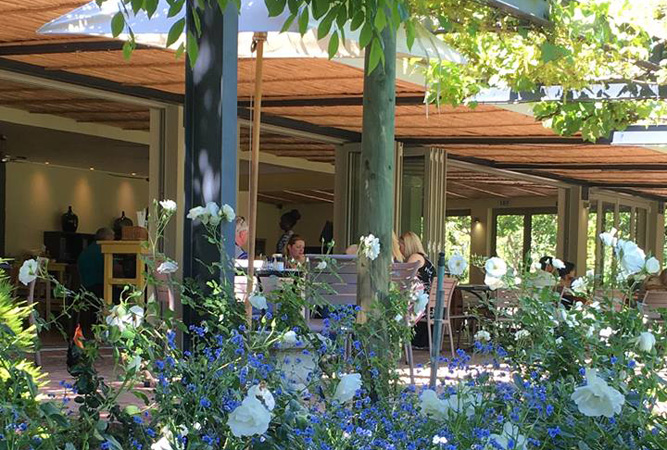 A group of families in Cape Town help support the farmers involved by paying upfront for our bags of veg. But it’s also a way of reconnecting with our food. As ‘consumers’ we now know exactly where our vegetables are grown, and after our visit on Saturday, by whom …

After finding out what secret ingredients he puts in a big vat of compost tea, why he plants pansies with his turnips, trading ideas for wind breaks, and leaving with a slip of an ingenious little weed that Erick assured us will grow like topsy becaue it acts as a shield against the wind that rushes through his crops, we headed home imbued with the happy time we had experienced whilst Erick took us around his crops.

En route back to the N1 from the farm we drove straight past Joostenberg, and since tummies were rumbling and demands for treats were issued from the back seat, we decided a slight deviation from the original plan to be home in time for lunch was a good idea all round.

Right next door to Klein Joostenberg Deli, which is part of Joostenberg winery – a family affair but more about that later – is the van den Berg Garden Village and wholesale nursery. I mention it not for its array of, well, garden stuff, but also for the originality involved in the presentation. 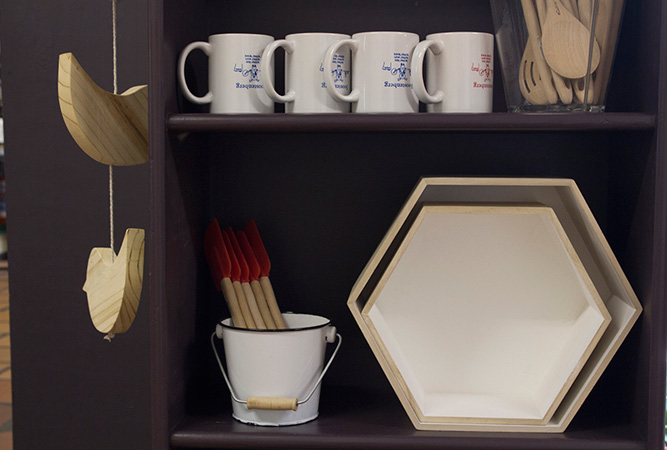 The entrance to the centre is under a rainbow attached to two ‘Easter Island’ type columns. On the rainbow is written ‘discover a paradise of colour and fragrance’ and a little further in, a similar rainbow invites one to ‘add wealth to the earth!’. It’s a sublime array of plants and garden paraphenalia set in amongst the trees and under canopies.

Part of the second rainbow is the bid for ‘paper pots’, the how to’s and what for’s that show you how to make your own paper pots and steer away from plastic. You can also buy a wooden ‘potato farm’ that shows you how to grow your own organic potatoes at home in a box.

After a quick tour of the nursery (quick being the operative word, as when my other half gets going in a nursery, we not only lose hours, but half of our life savings as well!) we headed into the country deli and bistro. Even before uncovering the source of the wonderful deli type goods on display, we got into conversation with Tyrrel Myburgh about his wonderful wines.

Tyrrel has been farming his vineyards organically since 2005 and applied for certification in 2008. The process takes three years and he was granted a credit for 2007 as his soils tested favourably, so the wines are currently organic in conversion but the 2010 harvest will be fully organic. We sipped and discussed his wines, bottled with a simple yet striking label and succumbed to a couple of bottles to add to our pathetic collection at home. 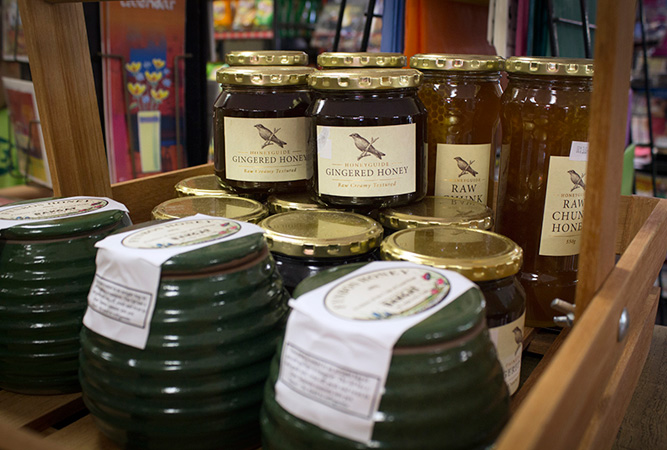 The food served at Klein Joostenberg is good old fashioned peasant-french and is a wonderful spot at which to have lunch, particularly as there is also a play area for children. I’ve heard whispers about their chicken pie that makes the drive out here more than worth it.

Not just that, but the place has an entire butchery dedicated to pork. There are cured hams and proscuitto-style meats and delicious pork dishes on the menu. Whilst they’re not farming their pigs organically, they don’t use routine antiobiotics and no unnatural foods are fed to the pigs.

The deli is said to have the best pork products in town with a fine menu of country cooking – baguettes, home-made ice-cream, honey, jams and preserves, milk straight from the cows, handmade cheeses and, yes, those incredible pork products. 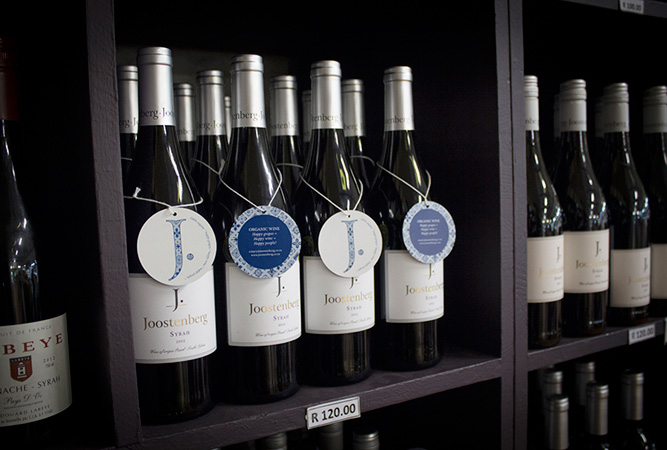 Joostenberg Deli lies on Muldersvlei farm. It’s been accused of ‘overdelivering on quality for the price’ and this is indeed the case. Over weekends you can partake of a two or three course meal for a more than fair price whilst junior gets to play on the jungle gym.

It is run by Christophe Dehosse, the chef behind the wonderful meals, and his wife Susan (Tyrell’s sister, in case you are interested). Philip and Gill Myburgh, three of their children and seven grandchildren all live on Joostenberg, making it a family affair.

We departed that much richer for having stumbled on yet another venue well worth discovering and one to which we definitely intend to return!