Now reading: The gardens of Vergelegen – time out in Somerset West

The gardens of Vergelegen: Despite the fact that there over 1000 camellias in Vergelegen’s garden, and the estate has been around for some 300 years, Capetonians often forget that there is another city virtually a stone’s throw away that also lies at the foot of a beautiful series of mountains that act as something of a rampart between the sea and inland – the Hottentots Holland mountains.

Somerset West is a truly beautiful neck of the woods. Fair enough, after a traipse through their massive mall on a Sunday morning the term ‘wild horses…’ definitely springs to mind, but escape out of doors and visit their nature reserves and wine estates, and the city gives Cape Town a fair run for her money (this is, of course, open to discourse). 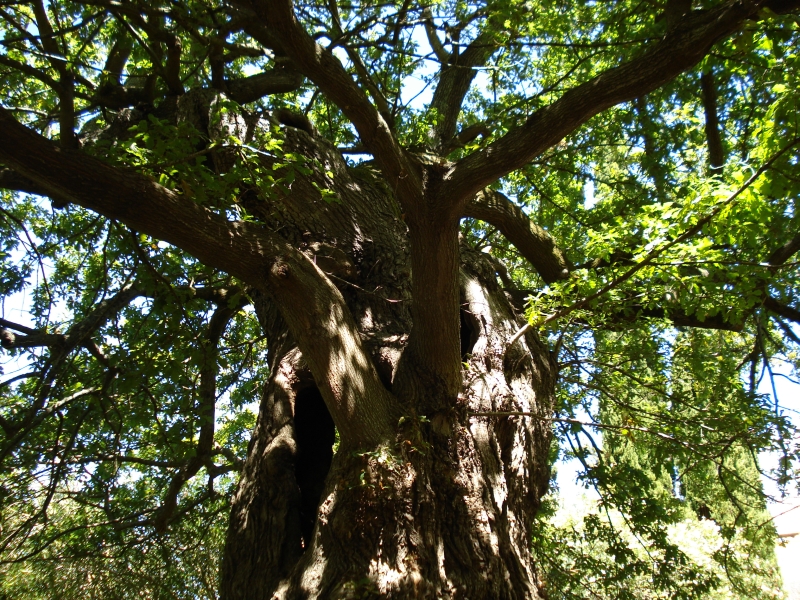 Vergelegen has very recently been in the press. The collection of camellias in the garden has been recognised as an international ‘garden of excellence’ by the International Camellia Society, making it one of only seventeen similar gardens in the world, and the second in the southern hemisphere.

Most of the camellias in the garden are the result of gifts from a nursery in Pretoria Accommodation over a period of 15 years and you can see them either at the bottom of the Great Lawn, near the Lady Philips restaurant, or below the yellowwoods near the swing bridge over the Lourens River.

It is unsurprising too to learn that the over ten hectares of garden at the wine estate, includes 18 gardens. One of which is a sizeable vegetable garden that supplies the restaurants with seasonal veges and salads, and was established by South Africa’s Mother of herbs, Margaret Roberts in 1993. 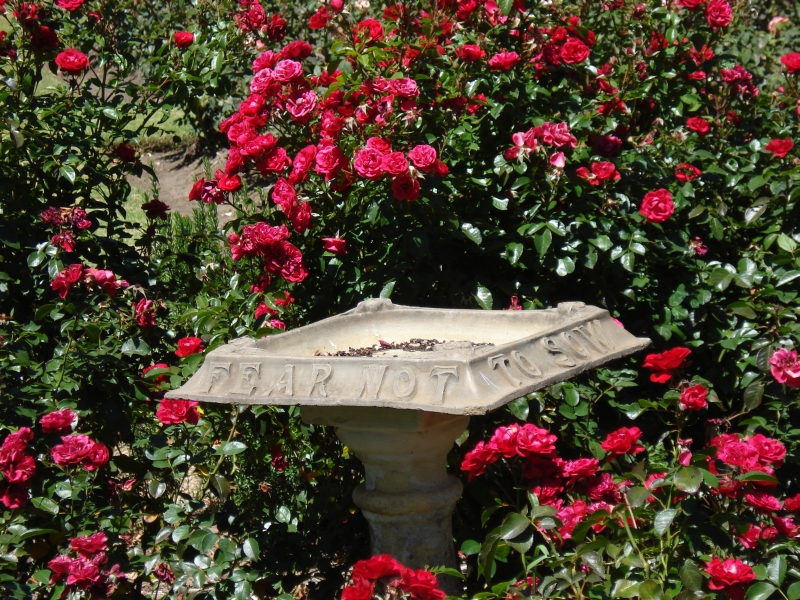 There is more, though. Walk through the forested area near where their famous picnic lunches are served (more about these later), and you’ll more than likely stumble upon Africa’s oldest oak tree – it lies infront of the homestead, alongside an ancient mulberry tree. This particular specimen is one of a few ancient oaks at Vergelegen, and was probably planted between 1700 and 1706 during Willem Adriaan van der Stel’s ownership of Vergelegen.

There is also a 1000 year old camphor forest, planted around the same time. The camphor trees are the oldest living, officially documented trees on the subcontinent. There are five remaining giants that were proclaimed national monuments in 1942, and we hope, will live as long as another 150 to 200 years – so far longer than you and I plan to stick around.

Vergelegen also, and obviously, boasts a collection of some of the Cape’s most highly regarded wines. Every time I visit here, I am blown away by the sheer beauty of the place. Vergelegen, as its name suggests, lies away from everything, even if it is in the midst of suburbia now, it nonetheless lies at the edge of the Helderberg Nature Reserve along Lourensford Road, which it now shares with the likes of Erinvale, Fleur du Cap and Lourensford Estate. 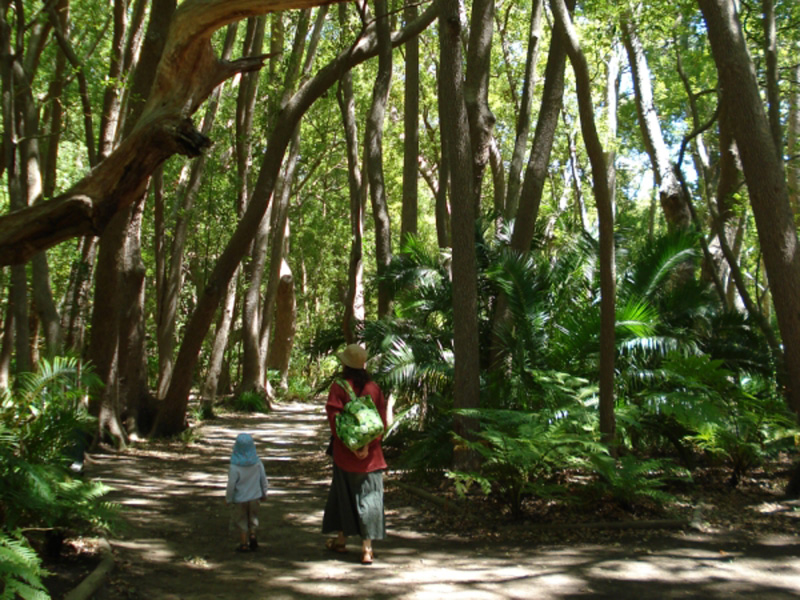 The wines, I believe, are well worth sampling (somehow I always get lost in the gardens and don’t make it to the wine tasting building!) and include the 2008 Vergelegen White, awarded 5 stars by the John Platter Guide, and the Vergelegen V, one of their flagship wines.

We visited their winery a while ago, and the modern, octagonal shaped building that rests on a hill is not only incredible to see (really avante garde), but is also rather daring, if you consider the complete antithesis of this building’s architecture with its historical surrounds.

Just outside the wine tasting centre lies the herb and vegetable garden. It is a must during summer, if you can, and lined with a hedge of lavender bushes that lead up to the winery’s doorway – really gorgeous. We spent quite a while traipsing through and identifying the different herbs and vegetables, which when grown in such abundance, look quite beautiful.

The Rose Terrace for lunch or tea is a delight. Nestled under the shade of an ancient avo tree infront of a pretty thatched building, and overlooking a de luxe rose garden, it is a less posh lunch experience than the Lady Phillips Restaurant, provided you don’t mind a bit of a bun fight to get a table.

It is not as bad as that exactly, but you cannot book ahead. If you get there at lunch time, you can queue for a while before a table becomes available (not great if you’re already sedately eating your quiche and salad, and a row of hungry and impatient eyes feast on your fare). 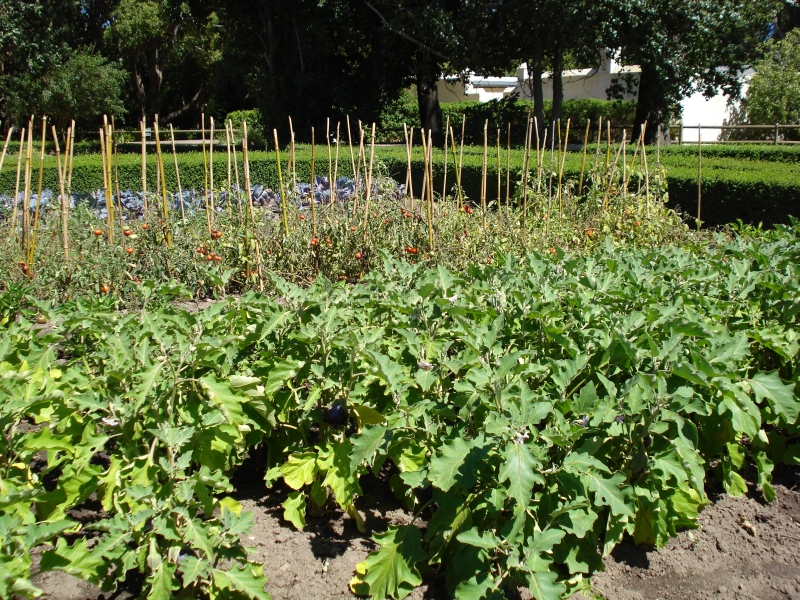 That said, the Rose Terrace is a wonderful experience, and you don’t notice the queue once at your table (other than to feel pretty smug that you finally nabbed one). The fare is simple, but tasty, and you can choose from teas and cakes, cheese platters, open sandwiches and usually something like a quiche and salad and other al fresco lunches.

But if you really want to do Vergelegen in style, then opt for the picnic in the shade of the camphor forest. It is simply heavenly. White linen clad, wrought iron tables and chairs sit beneath enormous camphor trees.

To reach the forest, you’ll first make your way through rose and herb gardens, and once seated, your waiter brings drinks and a large pre-ordered picnic basket to your table. The forest is huge and offers wonderful shade in the hot, summer months (during chillier months this probably isn’t a good idea, which explains why it is only available between November and April).

Whilst I’ve not partaken of this sumptuous affair myself, the food is, I believe, expensive but tasty. If you bear in mind that you’re not going to be blown away by the food and that it is the experience that you’re here for, you’ll have a wonderful time. It is especially fantastic with kids, as the trees provide hours of entertainment, their root system a veritable underworld of caves and spaces for hide and seek. 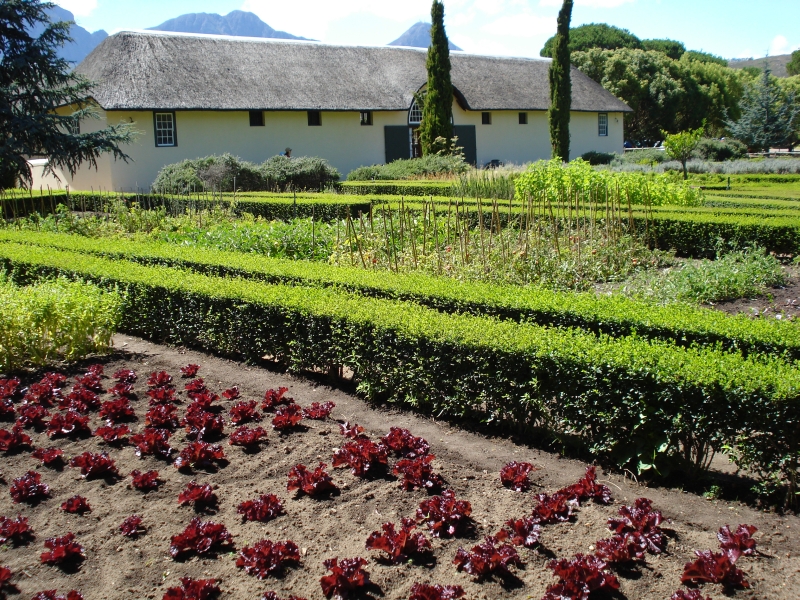 Best book beforehand to avoid disappointment as it is extremely popular. To get to Vergelegen, take the N2 from Cape Town towards Strand and Gordon’s Bay. Turn left into Victoria Street, then left into Main Street and right into Lourensford Road. Vergelegen lies off this road on the right.

Everyone wants a weekend away. But finding Western Cape accommodation for under R1000 per night can be something of a mission! We've made it easy for you. These cottages, apartments, farm stays, lodges and guest houses are all as close to R700/night as we c...

You don't have to drive far to visit some of the oldest wine estates in the country when in Cape Town. The Constantia Valley lies in the midst of the southern suburbs, 20 minutes' drive from Cape Town's City Bowl. And it holds everything you've come to expect ...