Forbes.com has compiled their annual list of Top Topless Beaches.

To make the Forbes Top 10 Topless Beach list, a set of criteria are imposed which include: a recognized consensus to go topless, consistently sunny weather, beautiful scenery, a young, fun crowd and easily accessible bars, restaurants and boutiques. 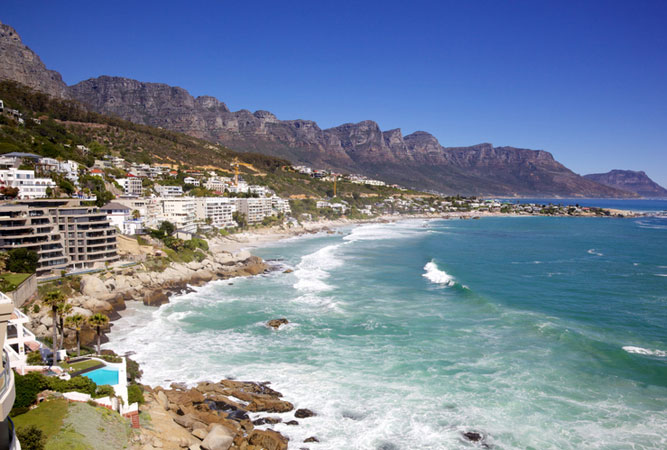 Clifton was rated as one of the Top Ten Beaches by the satellite television network Discovery Travel Channel in 2003 and 2004 and has received Blue Flag status. In 2005 and 2006 it was rated by Forbes.com as one of the Top 10 Topless beaches in the World.

At the northwest tip of South Africa’s Cape Peninsula lies the swanky coastal gem Clifton Beach, a haven for international hipsters and jet-setters. Clifton is a series of four beaches, each separated by a stretch of granite boulders.

The beach is sprawling and clean, reflecting the brilliant sunshine off white sand and throngs of tanned bodies. A distinct vibe is felt at Clifton, owing in part to the mystique of Table Mountain, which looms in the beach’s background, and in part to the glamorous pulse of the surrounding neighborhood … For additional info please visit: Clifton Beach, Cape Town.