Now reading: Where to see the Big Cats in South Africa

South Africa’s big cats – the lion, leopard and cheetah – are the reason so many people visit South Africa. However spotting them is not always as simple as visiting a game reserve, particularly if you want to see the leopard, who is by nature elusive.

Game reserves are for those for whom the excitement of seeing the cats in their own territory, whether you spot them or not, is all important. Whilst for those who want to see cats up close and personal, the sanctuaries and rehabilitation centres are a good idea.

Where to see the Big Cats in South Africa… 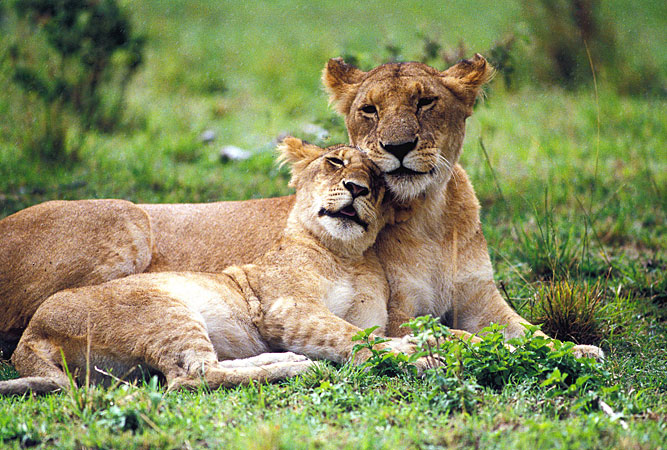 22 000 hectares of untamed African bushveld within easy reach of the Garden Route, Kwandwe is home to thousands of animals that include the lion and leopard. It provides a sanctuary for threatened species that include the black footed cat, serval and cheetah.

But you can also spot elephant, black rhino, black wildebeest, the Knysna woodpecker and brown hyena. 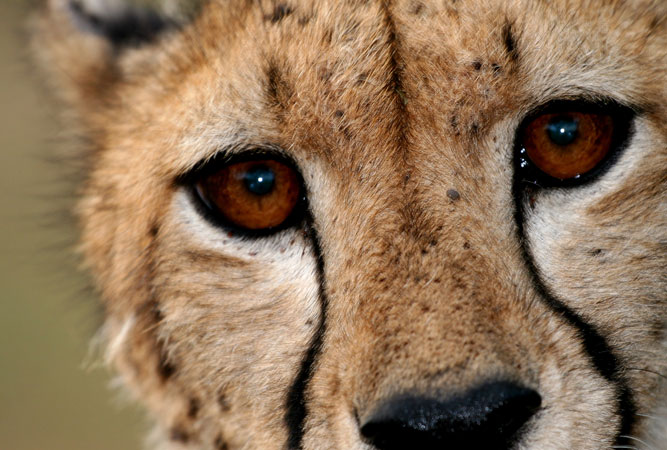 Up close and personal tours to learn all you can about endangered wild cats. You will see the caracal, serval, cheetah and African wildcat at Emdoneni – they offer educational tours daily, and feeding times during the afternoon tour. The cats in this rehabilitation centre have either been injured in the wild, or orphaned, and are in need of care.

Where possible the centre breeds and releases the offspring back into the wild. Stay at Emdoneni Lodge overnight. 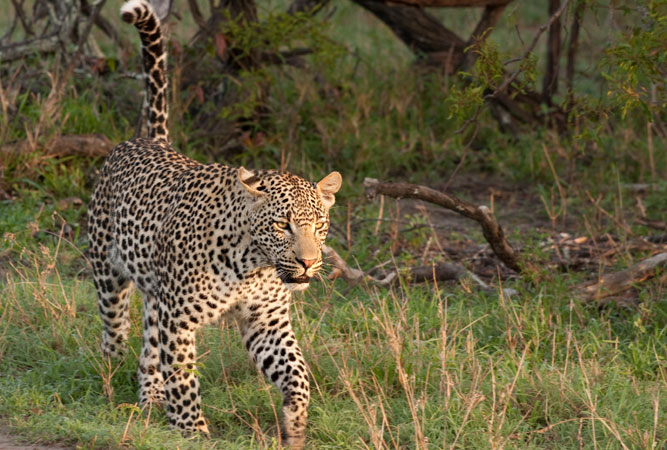 Tshukudu lies in the central lowveld adjoining the Kruger National Park and not only boasts the big cats, but also the little ones –  caracal, serval, civet, genet and the African wild cat. Tshukudu offers those after a big cat sighting the best of both worlds.

If you do not manage to spot them whilst on game drives or walks with a ranger through the bush, the reserve also has a lion breeding project, and a number of orphaned animals, with which guests can interract, are kept in rehabilitation. Stay in their lodge or bush camp. 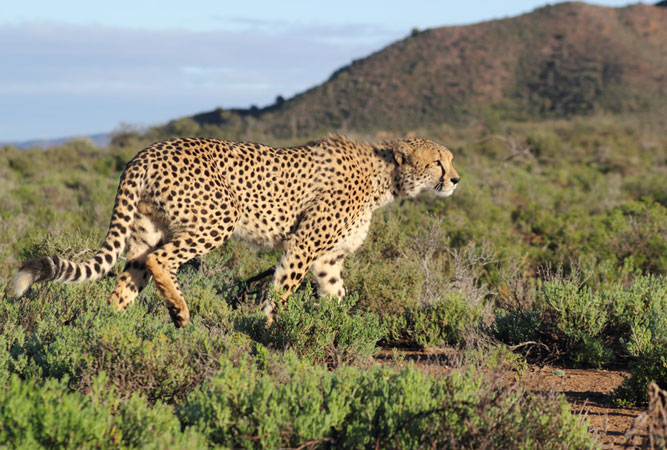 Home to the only free-range white lions in the country, Sanbona Wildlife Reserve at the foot of the Warmwaterberg, close to two of the little towns on Route 62 – Montagu and Barrydale –  is home not only to lion, but also to cheetah.

This is the first time in over 200 years that both of these cats are present in the Klein Karoo. Sanbona has initiated a conservation programme to breed the white lion for release in those areas where it is no longer seen, like the Timbavati region. 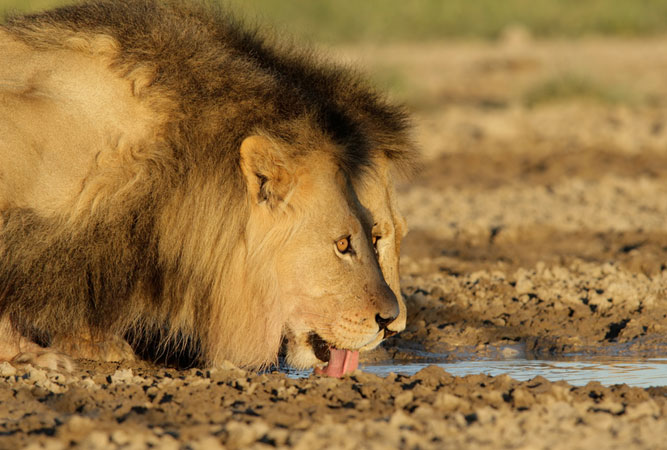 On the Garden Route with no hope of making it anywhere close to the Kruger National Park or one of the other big reserves, then head to Jukani. At Jakani you can see lions, cheetah, Bengal tigers, leopard, jaguar, pumas, caracal and serval cats.

And it is not a zoo, despite sounding like one. The wild cats live in large enclosures, designed to give each animal the opportunity to live a quality of life. Your entrance fee covers an informative tour of the facility. 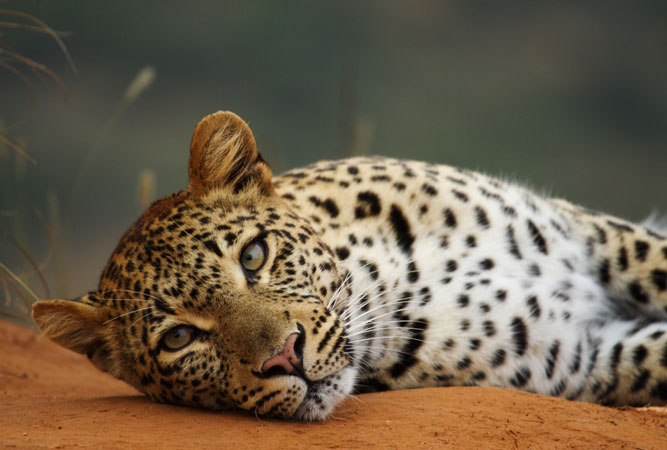 Shamwari provides a personal game ranger to every six to ten visitors.

The Big 5 game reserve not only has all of the big cats, and daily walks or drives through the reserve but you can also visit one of two Born Free big Cat Sanctuarys, or the Wildlife Rehabilitation Centre whilst you are there, to get up close to big cats. 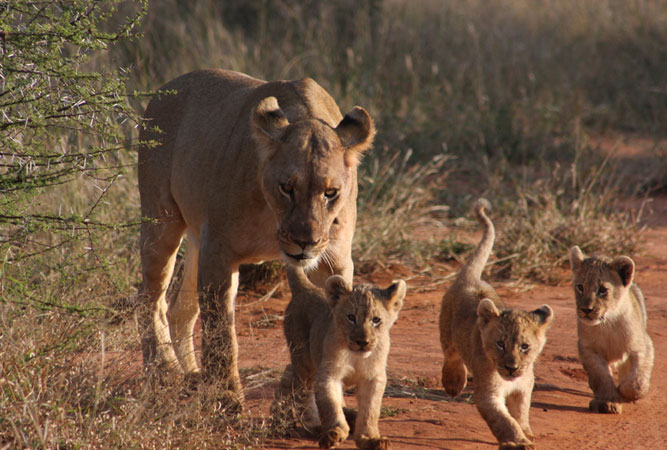 Sandwiched between Makutsi and Makalali reserves, Karongwe teems with game and a remarkable bird life that enjoys the diverse, dense vegetation that also provides a perfect cover for the leopard.

Karongwe offers both game drive and walk experiences with Shangaan game rangers and trackers, who go out of their way to present you with sightings of lion, leopard, cheetah, elephant, buffalo, rhino and African wild dog. Stay in Kuname or Indlovu River Lodge. 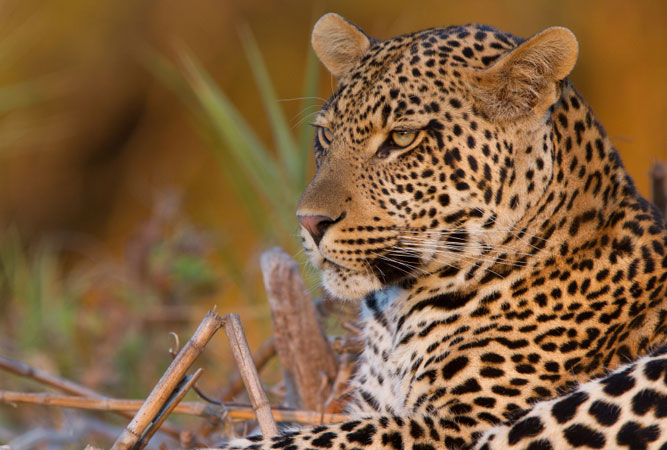 Photograph: Leopard in the Game Reserve

Not only do leopards and cheetah roam freely in the park but there is also evidence of smaller cats at Sanwild – the serval, caracal and civet. The sanctuary is home to a number of rescued and rehabilitated wild animals that include a range of antelope, rhino, hippos and elephant.

But rarer creatures have made the reserve their home too, like the aardvark and pangolin. The sanctuary has a Cats’ Rescue centre that is home to 19 lions saved from the canned lion breeding and hunting industry. 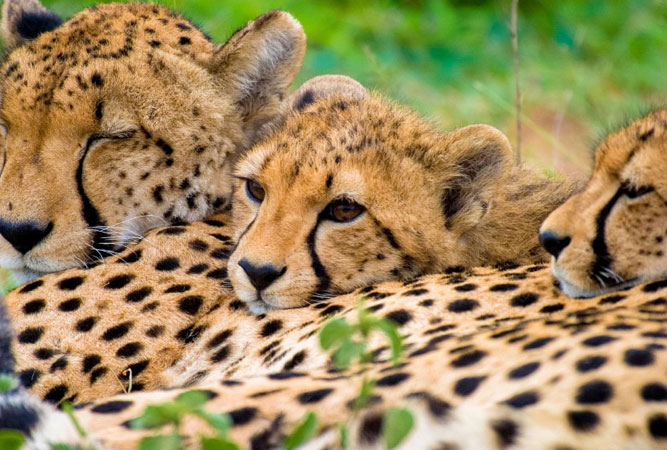 Led by an armed, experienced professional safari guide and a tracker, it does not come better than a wildlife walking safari through the greater Kruger National Park. With up to 8 people per walking trail, begin at dawn and head into the wild where you could spot any of the Big 5. 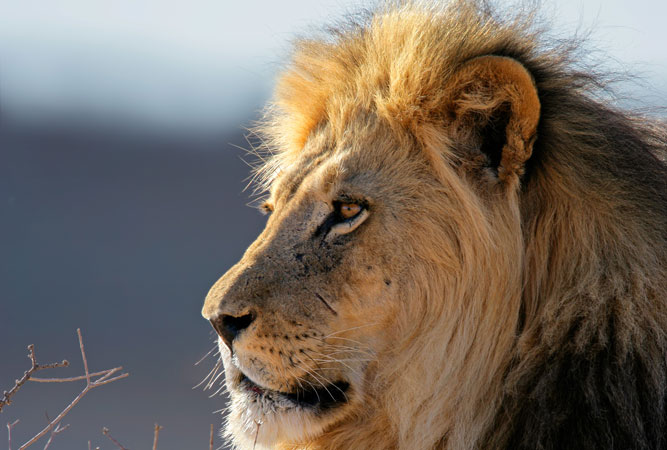 Located in the heart of the Waterberg Mountains this place of diverse beauty is characterised by mountain landscapes, grass-clad hills and deep valleys in which you will find rare yellowwood and cedar trees, cycads as high as five metres and tree ferns.

The park is home to leopard, cheetah and lion, but the bonus (if you are interested in birds of prey) is the huge colony of endangered Cape vultures that have made a home here.

Related Pages for the Big Cats:

The leopard: a solitary creature that because of its preference for living in dense bush, and its nocturnal habits, remains well hidden and seldom, if ever, seen earning it the labels: secretive and elusive. They are strong, comfortable in trees, and adept ...