Q: What first inspired you to pick up a camera?

A:
Racing Superbikes, strangely enough! I raced professionally from 1979 – 1985, so got to know some of South Africa’s top motorsport photographers, from the other side of the lens. Later this led to working with them on test rides for motoring magazines and the odd TV show, eventually being invited to join the South African Guild of Motoring Journalists as a photographer myself. It was a natural progression from there into my other passion, wildlife, and then on into commercial photography.

Q: I see the need for the caption to that pic! Before moving on, do you have any particular highlights to share with us about racing?

A:
One of the best was representing South Africa in New Zealand in the 6 hour International endurance race in which I broke the current lap record by some margin. Two other highlights were representing the country in the World Championship 250 Moto GP in 1984 and 1985. Being South African it was a bit of a wangle to pull it off due to the apartheid-based sanctions instituted against us. Regrettably these brought a premature end to my racing career, along with many other sportsmen and women at the time.

Q: So it’s all over between you and motorbikes?

A:
(hearty laugh) Ask any racer … that’s an affair that’s never over! Although my wife Naomi is in close contention :). Actually, I still race competitively in the National Enduro Championship, and have recently been sponsored by Pro-Action/KTM, so my worn old bod is into a hectic training schedule, overseen by the ultimate coach, Russell White, who’s based in Ballito and trains some top athletes around the world.

Q: Come on, your bod can’t be that worn?

A:
You may be surprised … after breaking over 50 bones in about as many years … but enough of that, let’s talk photography!

Q: Okay, moving on 🙂 … presumably “as one door closes (meaning racing), another opens”, as in photography?

A:
For sure, photography has been a passion ever since, and you’ve used an apt phrase, because it has consistently opened doors for me. A recent example is that we’ve been invited to join Hills of Africa Travel this month as the official photographic team on their phenomenal “Soul Safari” with Ainslie MacLeod, which includes four nights at Madikwe Safari Lodge and another four at the Twelve Apostles Hotel in Cape Town!

Q: That sounds fabulous. Is photography your primary profession now?

A:
No, it never has been. Fortunately I’ve managed to maintain it alongside my corporate career, which was necessary to finance all the equipment and time off! Thanks to being a reasonably well-known sportsman and trusted (I hope!), I was recruited into financial services and asset management after racing. This spanned twenty years, before branching into commercial property.

Q: Would it be true then to say that you photograph more for pleasure than pay?

A:
Yes, in the sense that I do it for the love of it, especially wildlife and motorsport photography, although a significant amount has been purchased by image libraries and publications over the years. I’ve also contributed pro bono many times to the likes of the Endangered Wildlife Trust and BirdLife South Africa. Here’s an unusual sequence that was published in the recent BirdLife SA book, featuring a fish eagle attempting to steal a fish from a saddle-billed stork, shot at the Okavango Delta. 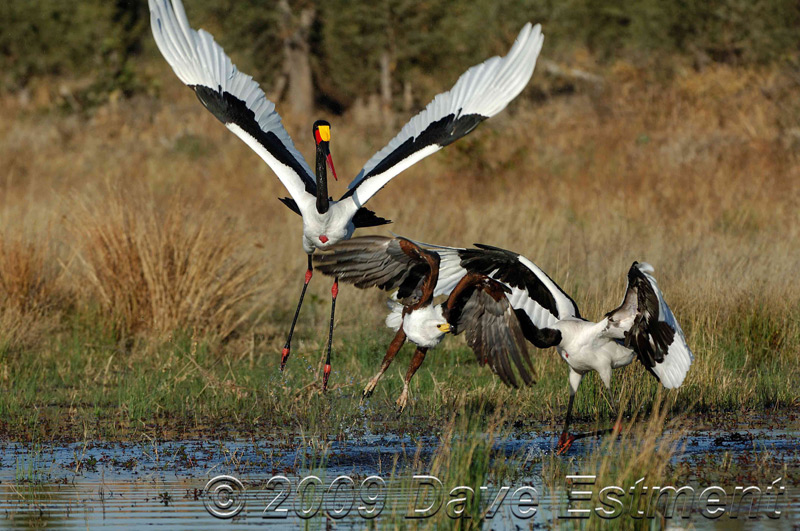 Having said all that, my commercial photography provides much creative and financial fulfillment too. This extends to commissioned shoots incorporating product, events, architecture, aerial, surgical and other genres.

Q: What would rate as your favourite genre?

A:
Definitely wildlife, because of what it entails. Naomi and I love to explore the Southern African bushveld and have done so extensively for over a decade. One of my oldest friends, Peter Bean (whose family owns Schotia Safaris in the Eastern Cape), and I grew up running free on their farm (causing tons of stress for his folks! :)). This instilled an early passion for the bush and also resulted in us doing our professional hunting course together.

Q: Isn’t hunting at odds with photography and conservation values in general?

A:
Not when it’s practiced with care and awareness, in which case it engenders a deep respect for wildlife and the environment, while at the same time acknowledging the human role within the world (as opposed to being separated from or superior to it). My belief is that there is no “Us and Them”, only “Us”.

Q: Even when faced with potentially dangerous, close encounters in the wild?

A:
More than ever. Those form the most precious memories … like the half hour we spent with an elephant on the mat in our campsite, eating fallen seed pods from overhanging trees in the Okavango Swamps … or one bumping our tent in the middle of the night. Little compares to wild lions walking through your campsite and roaring at sunset, or a snake unexpectedly crossing your path. Without wanting to sound reckless, fear should not be a factor in anything you do, or you run the risk of panic and disaster.

A:
Love them! Here’s a little snippet with an African Rock Python which Naomi filmed in the Waterberg. Incidentally, I once ordered a Burmese python to keep at home, but my wife put her proverbial foot down, partly because of our 2-month old Norwegian Forest kitten … probably wise, but don’t publish that! 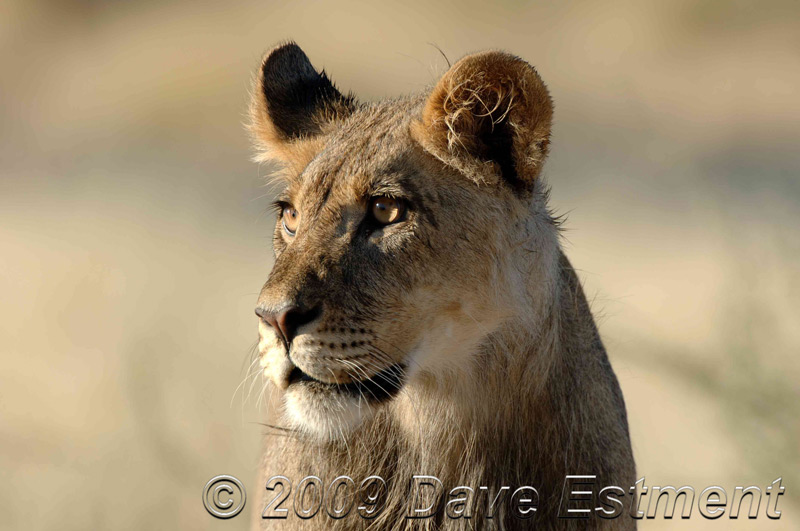 Q: Another case of “DO NOT TRY THIS AT HOME!” You and the python were both obviously fine, but have you had any close calls in the bush?

A:
Some … mostly caused by surprising animals unintentionally, such as the odd elephant, lions or hippo. Here’s a short sequence of an elephant chasing down a vehicle which accidentally got between it and the Khwai River in the Okavango Delta. I shot this from our roof-rack, with Naomi in the driving seat, holding the video camera. She got such a fright that she dropped it, so sadly no video is available 🙂

Talking about close calls, perhaps I should admit to my own faux pas, which involved a chain-saw, also at the Khwai River. Fortunately we had some local anesthetic, sutures, etc. and an orthopaedic surgeon in camp, who stitched me up, after a fashion. I’ll leave the details to your imagination, but here’s the “after” photo … 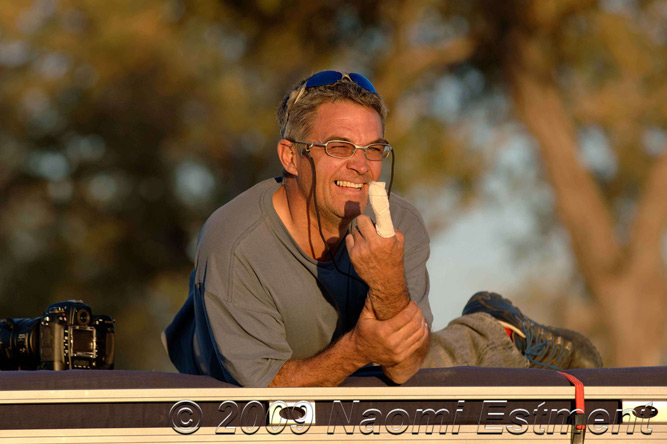 Q: Enough said! What is your favourite wildlife place?

A:
Wow, there are loads, each with their own unique attraction. Botswana features strongly, especially the Okavango Delta and Central Kalahari Desert, which we call “Big Sky Country”. We love doing the survivalist thing, taking all our own provisions – food, water, you name it – and heading out into the wilderness.

On the other hand, we’ve been privileged to visit private luxury lodges like Londolozi (supreme leopard sightings), Welgevonden (where my brother owns a share in a lodge) and Thanda (exquisite accommodation), amongst others. Schotia Safaris is very close to my heart, particularly their spectacular lions … oh, and not to forget Kenya. The migration on the Masai Mara is perhaps the pinnacle of the African wildlife experience. Sorry, I can’t pick a favourite! 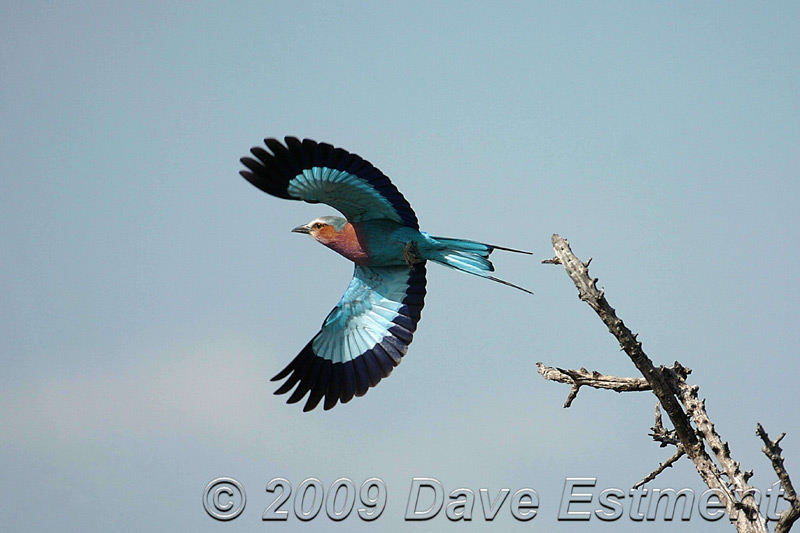 Q: Do you have any tips for our readers on equipment to use and how to achieve this?

A:
Personally, I’m a dedicated Nikon user. I really rate the rugged reliability and technological excellence of their products. My arsenal of gear includes their D3 body and 9 professional lenses, ranging from a 600mm f4 AFS VR super-telephoto lens to a 14–24 mm f2.8 AFS wide-angle lens, plus all the ancillary kit, including Manfrotto tripods, Lowepro bags, etc. Apart from the obvious issues of composition and lighting, I consider steady hands, fast reflexes and a critical eye as my key factors for success.

Q: A formidable combination … well, you clearly spend a lot of time in the bush. Apart from that, your photography, racing and work, do you get to do much else?

A:
(chuckle) If I had a closet fear, it would be boredom … so yes, which include being a Dad and Grandpa, doing a number of different sports, sky diving (long ago), scuba diving (I’m a NAUI instructor, although I no longer have time to teach), traveling, snow skiing, police reserve work, S.W.A.T. training … 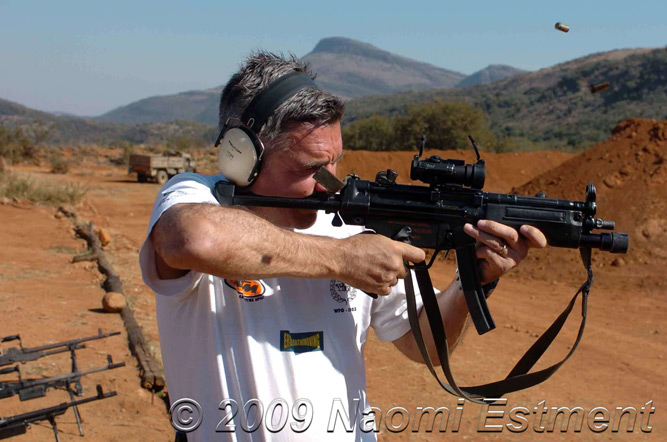 Q: We get the picture! But now that you’ve whetted our appetites, we want to see more of your pictures … are they available online, and if so, where?

A:
Absolutely and thank you for asking 🙂

Otherwise, Naomi’s blog features a selection of my wildlife photography, together with the philosophy it inspires, which is quite a special combination. This can be found in the “Thought for the Day” category at Naomi’s Notes.

Please browse these sites, but feel free to contact us if you’re looking for something specific as we have masses more images off-line.