I am a big fan of the vibey, laid back atmosphere the Barnyard Theatre creates, but never seem to get to their fantastic shows often enough. In fact I only seem to get myself organized when friends and family visit from the USA every two years and they request an evening at the theatre!

However, friends have asked us to join them for the production currently showing at the Gateway Barnyard in Umhlanga; I don’t think there could be anything better than a night of listening to 80’s music and I’m sure the ‘80’s Rewind, The Total 80’s Party’ will have the crowd up and dancing in no time at all! 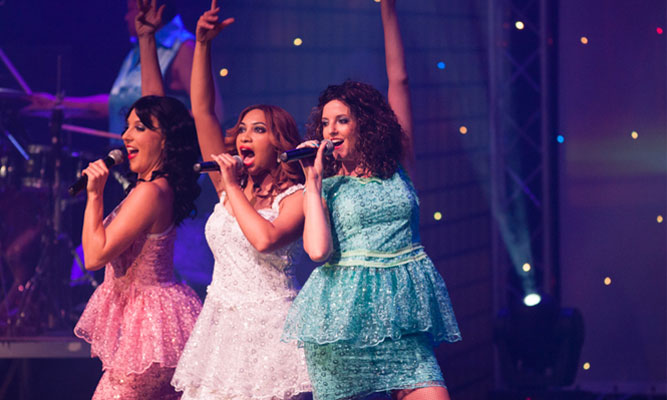 With a versatile cast, this production is said to be the most daring 80’s rock show complete with retro fashion, dance and authentic 80’s tunes.

Approximately 22 songs will be performed and will cover most avenues; from the new-wave British bands like Duran Duran, The Police and Dire Straits to the pop synth pro’s such as The Human League, Culture Club, Thompson Twins and Depeche Mode.

Across the pond in the USA Bruce Springsteen, Tom Petty, Steve Miller Band, Talking Heads and Blondie were all making a name for themselves on the rock scene. REM, The Cure and Violent Femmes kept fans of alternative music happy while pop lovers were entertained by the likes of Phil Collins and Peter Gabriel. 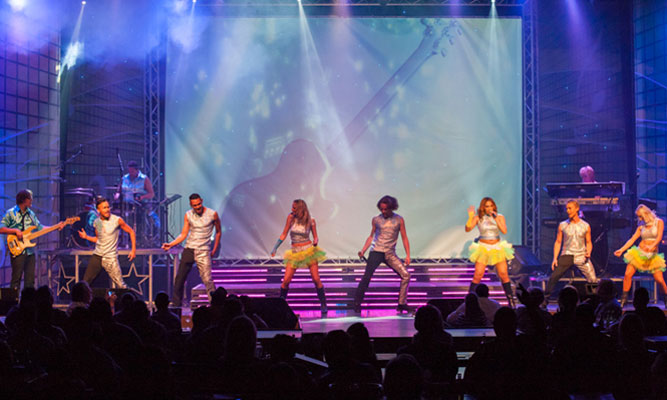 The 80’s was without a doubt the most favoured music decade of the past 60 odd years and the cast of this production are sure to have you up on your feet and clapping along to your favourite song in no time at all!

Doors open at 18h30 Tuesday to Saturday with the show kicking off at 20h00. The Sunday performance starts at 14h00 and doors open at 12h30. Prices differ depending on the day that you choose to book.

Sunday prices are R110 per person, Tuesday shows are R120 per person and tickets are R155 per person for the Wednesday to Saturday performances. 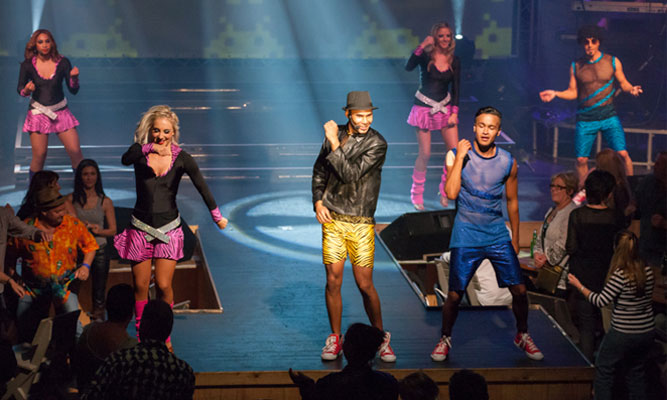 Pack a picnic basket or alternatively order pizzas from the venue. Please remember that your own drinks are not permitted into the theatre but there is a fully stocked bar as well as a coffee station so you will be able to order refreshments.

Food and drinks can also be pre-ordered which will save a lot of time standing in a queue.