It’s intriguing – the history of the Cape’s first wine. Both van Riebeeck and van der Stel played pivotal roles. One was a fine wine maker; the other was not.

But even more fascinating is the fact that Constantia wines were the toast of Europe three centuries ago.

We might be winning gold medals by the dozen internationally (in 2015 South Africa achieved a 50% increase in gold medals at the International Wine & Spirit Competition), but back in the late 18th century, Jane Austen and Charles Dickens were mentioning Constantia wines in their books, and lord this and earl that were ordering them by the ship load… 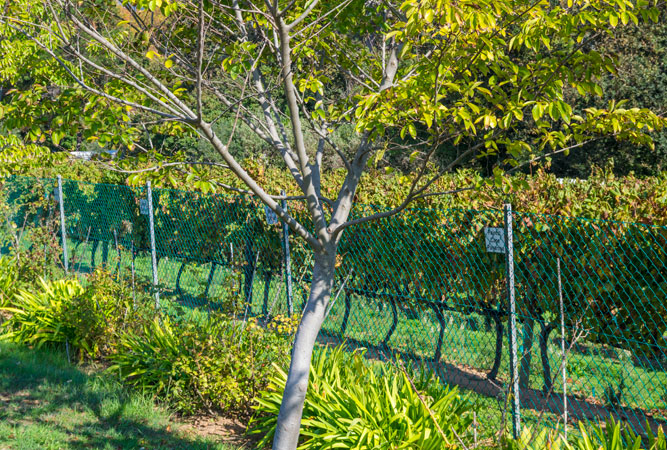 Our facts, history and trivia about Cape Towns first wines:

Within a month of landing at the Cape, where he established a replenishment station for the Dutch East Indian Company (VOC) supplying fruit, vegetables and meat to passing ships sailing to the Far East, Jan van Riebeeck had sent back to Holland for grape vines.

Having one’s own vineyard was a status symbol and he planted these in the Company’s Garden, intending to add wine to his list of offerings (he thought it was good for scurvy). One of the men involved in the project, Jacob Cloete van Kempen’s descendants were to feature in the history of Groot Constantia.

The vines, which came from France, Spain and the Rhineland, flourished. Riebeeck, after unsuccessfully trying to grow further vines on what is today Point Common, decided to try the other side of Table Mountain, planting vines the banks of the Liesbeek River in today’s Mowbray, Rondebosch and Newlands. 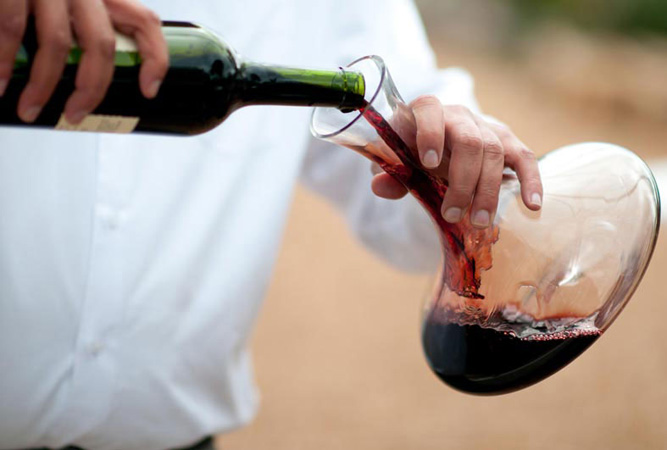 49 employees of the VOC were released from their contracts and granted land to farm, supplying produce to the VOC. They were known as free burgers. At the same time, around 200 slaves arrived from Java and Madagascar at the Cape. This boosted the production capacity of both farmers and the VOC.

All grapes up until 1659 were used as table grapes, but then van Riebeeck made the very first wine at the Cape with his own hands. His vines might have flourished, but the wines were not that great – grapes were picked too early (to prevent birds eating them) and the wine was largely unpalatable.

Van Riebeeck left the Cape, promoted to a position on the Council of Justice in Batavia.

Wine production slowed completely, declining along with everything else at the Cape. 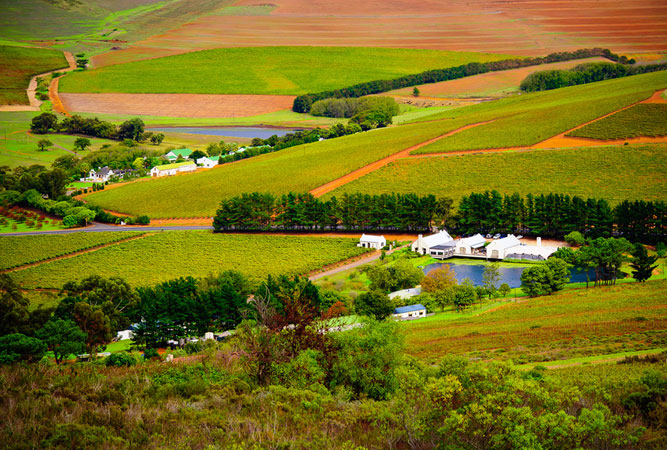 The new governor, Simon van der Stel, arrived in the Cape from Mauritius. He was to change the Cape’s wine industry forever.

Van der Stel was the son of a mixed marriage (his mother was Maria Lievens, the daughter of a freed Indian slave woman known as Monica of the Coast of Goa). He was knowledgeable about grapes and wine making, and knew to leave the grapes on the vine for as long as possible. H would become the founding father of the Cape wine industry.

Van der Stel then hand-picked land for himself in the area now known as Constantia, – after sending away soil samples to Holland so as to find the best possible site for a wine farm.

His farm, on which he planted 10 000 vines, was to become a showcase wine estate, and most of Groot Constantia’s layout today is his. The buildings, though, changed dramatically in appearance once the estate fell into the hands of Hendrik Cloete. 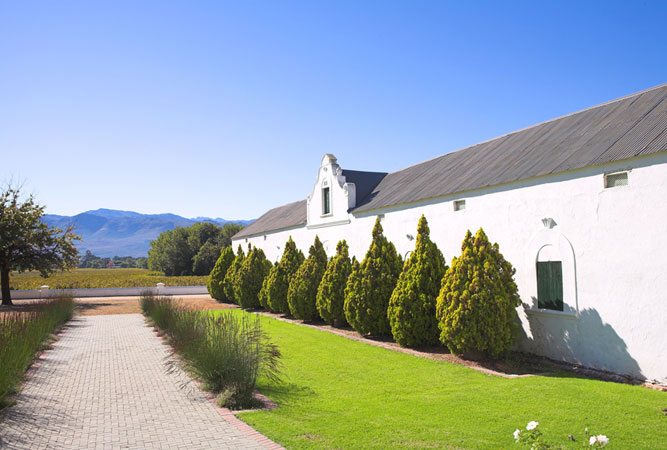 200 religious refugees from France, the French Huguenots, arrived in the Cape to settle in the Franschhoek valley. With them they brought sophisticated winemaking skills.

Simon van der Stel died on his farm. He was to set most of his slaves free, and was buried in the Groote Kerk in Cape Town.

His sons were both recalled to Holland before his death (he was to die alone), for misuse of their respective power in the Cape (including Willem Adriaan’s self-enrichment with the farm, Vergelegen, in Somerset West and the use of 600 VOC slaves, at no charge to himself.)

With the van der Stels out of the picture the wine making showpiece, Constantia, was divided up and sold. It was split into Bergvliet and Klein Constantia, which went to the auctioneer Pieter de Meijer, whilst the rest of the farm, later known as Groot Constantia, was owned for a while by Oloff Bergh, and then his wife, Anna.

Groot Constantia was to change hands fairly often over the years, but no-one continued the wine estate’s success. 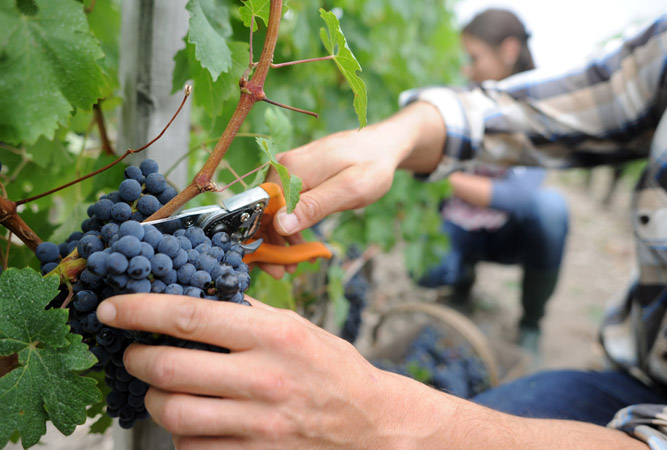 A turning point for the wine industry in the Cape. Groot Constantia was bought by Hendrik Cloete. The Cloete dynasty spanned some five generations, producing world-class wines sold to kings and noblemen.

The war between France and Britain brought a French force to the Cape to defend it from Britain (the Dutch and the French were allied in the war), a time known as ‘Little Paris’ in the Cape, which only added to the value of the wine of the area.

Politics during the latter part of the 18th century played a huge role in the Cape’s wine success.

Not only was Cloete an exceptional winemaker, but the French Revolution, followed by the Napoleonic wars, meant that the flow of wine from France was cut off. The Cape stepped into the breach, supplying wine to England, then a new wine-drinking country, and other cities in Europe. 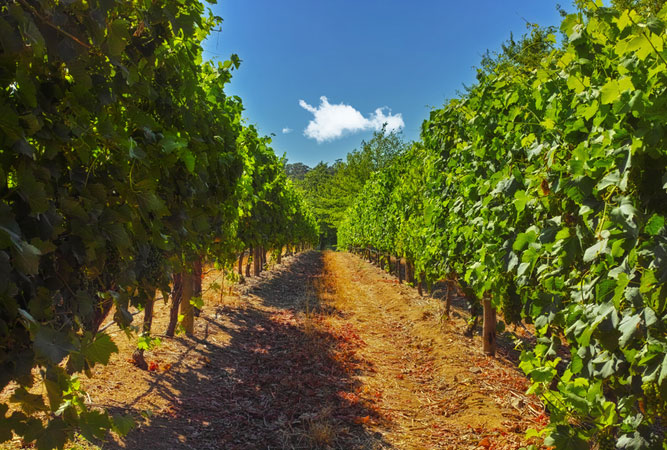 Hendrik Cloete died and was succeeded by his son, also called Hendrik, who was as successful as his father, producing superlative red and white wines.

After his death, his wife took over the running of the farm, until her son, Jacob Pieter, was old enough. Jacob Pieter was the last private owner of the farm.

It was during this period that wines enjoyed a remarkable reception in Europe. The king of France sent to the Cape for his wine, as did the King of Prussia.

Even Napoleon, exiled on St Helena, was said to order Constantia wine by the caseload.

Trivia: Just why were the Constantia wines so successful? The vines were maintained as dwarf bushes; the grapes hung as close to the ground as possible, allowing the heat off the ground to give the grapes a higher sugar content; and the branches were twisted to lower the flow of nutrients, also sweetening the grapes. Grapes were only picked when they had hung for so long they were virtually raisins, and the wines were always blended. 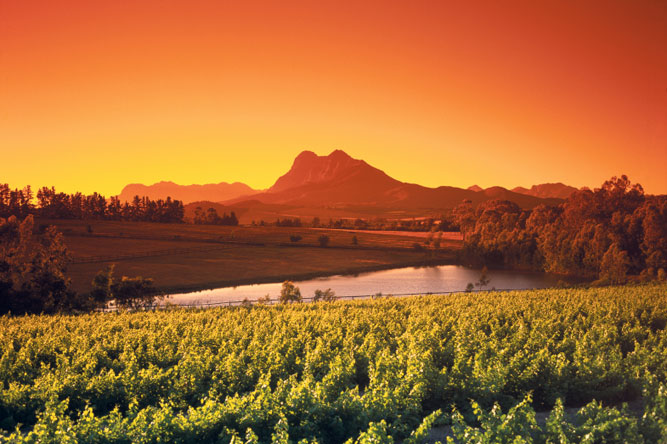 Peace between Britain and France meant that France began exporting wines to Britain again, despite the heavy tariffs on French wine.

The end of the slave trade era reached South Africa and all slaves were emancipated, crippling many farmers in the Cape, and leading directly to the the Great Trek inland.

A series of fungal diseases left the grape vines of the Cape disease-ridden, bringing an end to the first flush of wine success in the Cape. 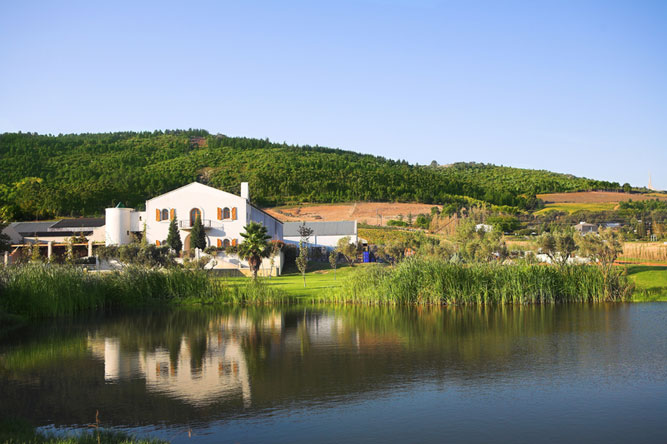