You are here / South Africa Travel News / Book Reviews / Book review Invictus: Nelson Mandela and the Game That Made a Nation

Now reading: Book review Invictus: Nelson Mandela and the Game That Made a Nation

In 1988, 31 years after I first arrived in the Cape, I left the country in order to join my partner in the active management of a small business I had acquired in the American Mid-West.

For years  thereafter I was unable to follow events in South Africa, partly because my new enterprise encountered more than the expected share of start-up problems and thus absorbed all my energy and then some and more importantly because the American media pay scant or no attention to events outside the country that lack head-line grabbing drama or scandal.

Thus many of the decisive events preceding and following Nelson Mandela’s election to the presidency passed me by.

With my little company at long last on a secure path I could again travel for personal reasons – to visit my daughter and granddaughter both born and bred in this country as well as friends and former associates in the local community.

When I arrived for a year end vacation my daughter presented me with a copy of John Carlin’s  “Invictus” which – though not a rugby fan myself –  nevertheless fascinated me from cover to cover.

It filled in all the gaps in my knowledge of South African history and more importantly my appreciation of the man’s achievements.  That he had unique charisma was obvious even from afar.  That combined with superb political savvy and unfailing instinct explains to me how he was able to transform South Africa to the miracle it is today.

Next time I visit Cape Town I would like to land at “Nelson Mandela International Airport”! ~ Book Review Invictus by Klaus H. Mueller.

Invictus: Nelson Mandela and the Game That Made a Nation (Paperback)

After being released from prison and winning South Africa’s first free election, Nelson Mandela presided over a country still deeply divided by fifty years of apartheid. His plan was ambitious if not far-fetched: Use the national rugby team, the Springboks-long an embodiment of white supremacist rule-to embody and engage a new South Africa as they prepared to host the 1995 World Cup. The string of wins that followed not only defied the odds, but capped Mandela’s miraculous effort to bring South Africans together in a hard-won, enduring bond ~ From the Book Cover.

John Carlin is senior international writer for El País, the world’s leading Spanish language newspaper, and was previously the U.S. bureau chief for The Independent on Sunday. His writing has appeared in The New York Times, The New Republic, Wired, Spin, and Condé Nast Traveler. 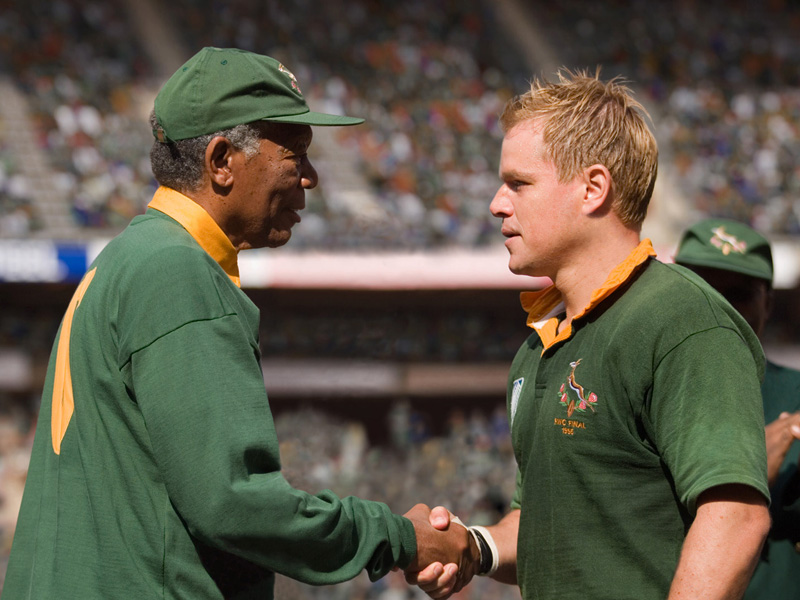