Now reading: 5 great things to do when in Graaff-Reinet

5 great things to do when in Graaff-Reinet: Stop your car on the outskirts of town on the Camdeboo Mountain Drive and below you will lie the circular shape of Graaff-Reinet, held within a generous bend of the Sundays River closest to you, and the mountains of the Sneeuberg in the background. It’s a glorious setting, to say the least.

Depending upon the time of year that you go, it will either be mercilessly hot (at least 40 degrees in the shade if the last couple of summers are anything to go by) or really cold (during winter).

Neither of which should act as a deterrent, for the town is not only beautiful, it is also pretty large as far as Karoo towns go, full of a rich history (it’s the fourth oldest town in the country after Cape Town, Stellenbosch and Swellendam) and it has countless places to visit and things to do. 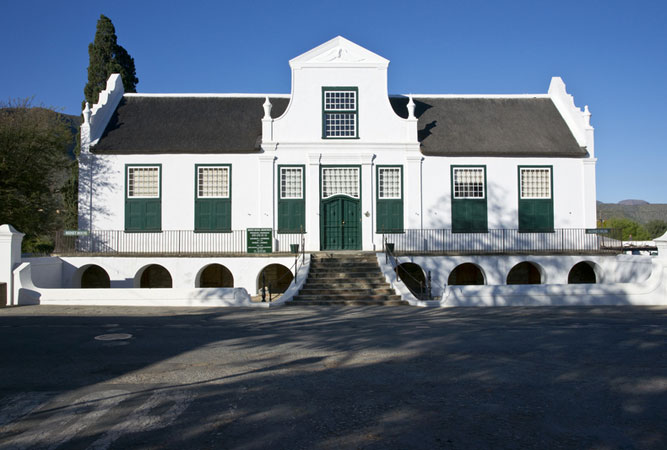 And just about everyone is equipped with air-conditioning and heaters anyway (they’re geared for visitors).

Graaff-Reinet lies within the heart of the Grassy Karoo, closest to the towns of Aberdeen (which is in the Nama Karoo) and Cradock. It’s a little off the beaten track for us en route to Bloemfontein, but we need little excuse to divert from the monotony of the N1 to head back to a town we haven’t visited in, oh, eleven years.

You will know the town by its gorgeous Dutch Reformed Church (yes, I know most towns have prominent NG churches, but this one is indeed marvellous) modelled on the architecture of the Salisbury Cathedral in England, a stone Victorian Gothic Grootkerk that you cannot miss, as Church Street has to bypass it by way of a traffic circle.

Here follows a series of our top activities when in Graaff-Reinet:

Town is peppered with an array of historical buildings and museums – at least thirty of them, each marked with a special plaque. But if you’re not that much of a history buff or don’t have the time to explore it at length, at least take in Parsonage Street and Stretch’s Court.

Parsonage Street, Graaff-Reinet’s most historical street, at the end of which stands the beautiful Reinet House, is also lined with The Residency, the John Rupert ‘Little Theatre’, Rupert House and a feast of restored buildings that now function as upmarket office space for lawyers and the like, or accommodation.

And Stretch’s Court, which now serves as alternative accommodation for the Drostdy Hotel, is a series of beautifully restored Karoo cottages that were the homes of labourers and emancipated slaves. (An illustrated historical guide by Tony Westby-Nunn is available from McNaughtons bookshop on Church Street at a mere R95 – well worth it, if you’re going to explore the town on foot).

Graaff-Reinet is enclosed within the Camdeboo National Park. We were pleased to give our Wild Card an airing, although it necessitated a stop at the park’s office as we had lost the letter which served as proof of our having a Wild Card, the card proper not yet having been posted.

That the Valley of Desolation is called a ‘valley’ is something of a misnomer, as it isn’t really a valley at all, but an incredible geological phenomenon that is a series of sheer cliff faces made up of dolerite columns that stand as high as 120 metres. Or perhaps the valley is the space below the columns into which swallows dive?

It lies just 14 kilometres outside of town (historical documents describe it as a mere walk, a day’s outing, but in truth, I wouldn’t like to have to walk here from town), in the Camdeboo National Park. The drive is along a rather steep road up to a couple of view points and picnic areas, the second of which brings one to the columns themselves, formed as a result of erosive and volcanic forces. You can hike here, but the most popular time is sundowners, when the heat of the day is over, and the sun plays magic across the face of the dolerite cliffs.

Beautiful Nieu-Bethesda used to be something of an insider secret, but these days it’s part of an offical ‘Owl Route’, and is firmly part of the local tourism. Despite this, the town has managed to retain its dust roads, has little development other than a couple of municipal buildings and a few new homes, and a series of attractions other than the Owl House (although this remains its major calling card).

We can recommend visits to: the Owlhouse Foundation on Martin Street (as you enter town), the Melting Pot restaurant, and The brewery and Two Goats deli on Pienaar Street for refreshing beer and organic cheeses, across Gats River (although in summer there isn’t even a hint of water). There is a village market on every Saturday, various restaurants, the Kitching Fossil Centre, a bookshop, a women’s co-op and other hidden gems.

Set just across the road from the really bright buildings of the Obesa Lodge, the Obesa nursery is a must-do, even if cacti have no meaning to you, and an absolute must if you’re even remotely in-love with these succulents. Whilst the nursery stocks some incredible options to take home with you, it is the garden that will astonish you. Ten acres of land are filled with cacti of every description, laid out in an artistic, loving and delightful way. It has taken Johan 40 years to achieve this and, whilst it is done for his own pleasure, visitors now get to benefit too (six years ago you wouldn’t have been able to share, as it was closed to the public).

Don’t tell anyone, but there is a secret spot to swim when the heat hits. If you follow the road out of town to the Camdeboo National Park in the direction of the airstrip, you can take the second dirt road (I think, but don’t quote me on this) to the left down towards the dam. Actually anywhere along the Nqweba dam (used to be the Van Ryneveld’s Dam) is going to allow you to cool off. Whilst the Valley of Desolation is the main attraction of the Park, it definitely is not all there is to see of the reserve. There are 43 mammals that include black wildebeest and various antelope, Cape mountain zebra (although they’re pretty elusive), bat-eared foxes and meerkat, as well as a fantastic array of birds (so good that there is a birding weekend in March 2012).