The Billabong Pro is part of an international surfing competition that pushes even the most seasoned surfing champs to the limits. This exciting sporting event is the halfway mark for the esteemed ASP World Tour, which is made up of a total of 10 individual surfing events around the planet.

The winner of this tough compo is recognised as the world’s champion male surfer. So, it is no wonder that it draws hundreds of thousands of spectators, no matter where in the world these top-notch surfers are competing for this coveted position.

Every July, thousands of people and many of the world’s best surfers descend on Jeffrey’s Bay to be a part of this international event. Popular celebrities are no exception. 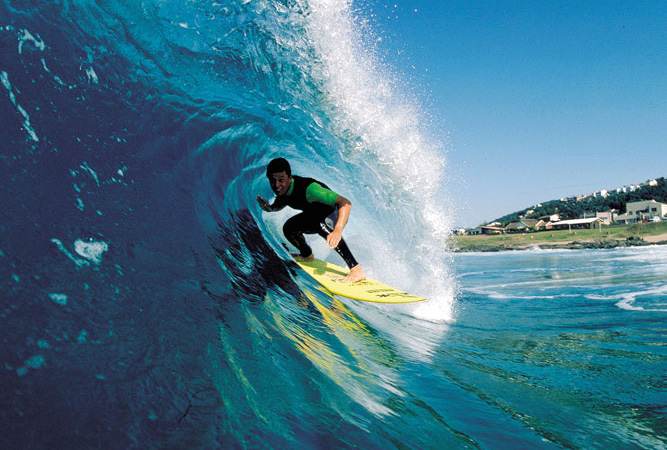 Jeffrey’s Bay was selected as one of the 10 perfect spots for this competition because of its awesome variety of waves. In fact, it is consistently recognised as being one of the world’s best surfing hotspots.

The Billabong Pro takes place at Supertubes (known as Jordy Smith’s favourite surfing venue), which is a surf site renowned for its swell and straight cylinders. These rides, which can extend for some 800 metres, challenge the competitors and give the spectators a magnificent show to enjoy with friends and family.

The competition officially lasts for four days, but the actual length of the event may depend on the weather, since it is held during South Africa’s winter months.

In addition to the actual surfing competition that is the Billabong Pro, the rest of Jeffery’s Bay also comes alive with festivities as locals and visitors create a bustling vibe around this time.

The restaurants and cafés that are littered all over this otherwise-sleepy coastal village are filled, and the shops offer a great range of unique surf wear and other fashion items.

A music festival provides fabulous entertainment and stalls offer food, clothing, jewellery, and so on.

The Billabong Pro is great for young and old sports enthusiasts or those that just want to enjoy the festivities. Families will have a full schedule of fun things to do and see if they prefer not to spend the entire duration of the event lazing on the inviting white sands of the J-Bay beaches.