Known as the Jacaranda City for all the purple blossom-bedecked trees, which line its thoroughfares, 2010 Host City Pretoria is a lovely, quiet city. It has a long, involved and fascinating history. Here you will find significant old buildings and fascinating museums. The Transvaal Museum has natural history displays and is the home of Mrs Ples, the australopithecine fossil found at Sterkfontein in the Cradle of Humankind. Also worth visiting are the Cultural History Museum and Smuts Museum in Irene, outside Pretoria.

Sedate, leafy Pretoria tends to endure a Cinderella complex when compared with the neighbouring city of Johannesburg. When it comes to world class cities, Johannesburg is one of the most ‘happening’ cities on the African continent and the city gleams with the glamour of money … 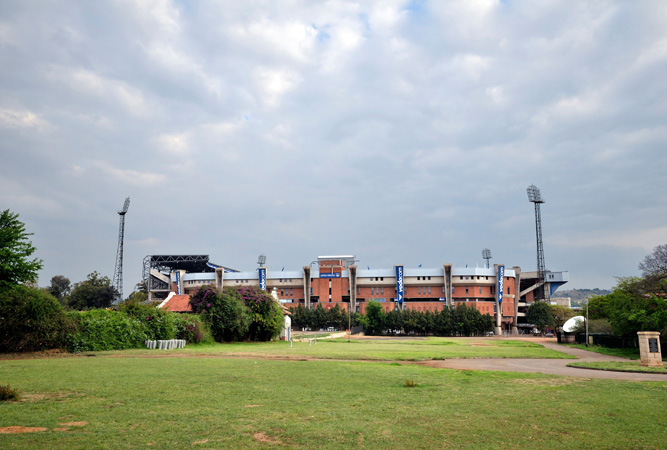 Pretoria has been left to shrug off its former association with the apartheid government in a relative state of slumber, lying as it does in a warm, sheltered valley surrounded by the hills of the Magaliesberg range that ensure that temperatures here are invariably a few degrees warmer than Johannesburg …

But don’t let the sleepy nature of the pretty city lull you into a false perception. Pretoria has a beauty all of its own, and the slow pace of life is regarded as a bonus by its residents. Many Jo’burgers seek a quieter existence in Pretoria, prepared to commute daily rather live in the comparative rat race.

Wall flower the city is not. When in full bloom in October, the 2010 Host City of Pretoria literally comes alive with blossoms and leaves no one in doubt as to the origin of its nickname – Jacaranda city.

Pretoria functions as one of three capitals of South Africa with a population that exceeds a million people, the bulk of whom are government officials. The city centre is laid out in typical city fashion on a grid with wide roads, making getting around fairly simple.

Practically mandatory when visiting the city are the Pretoria Botanical Gardens, the Zoo, the Union Buildings and various museums and galleries that include Melrose House, the Pioneer Museum, Sammy Marks museum, and the Voortrekker Monument. Outdoor activities include the Wonderboom and Groenkloof Nature Reserves, the Austin Roberts Bird Sanctuary, and a steam train ride around Pretoria. 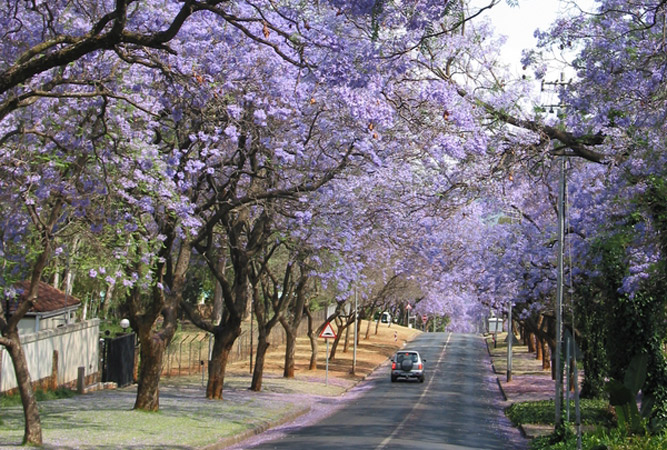 Accommodation in Pretoria and near Loftus Versfeld Stadium

Find Accommodation in Pretoria for the 2010 World Cup by using our Pretoria map designed to show distances in kilometres from Loftus Versfeld Stadium to suburbs and towns within a 5km, 10km, 15km and 20km radius to the Stadium. See Pretoria Accommodation.