Now reading: Peaks, Valleys and Champagne … in the Drakensberg 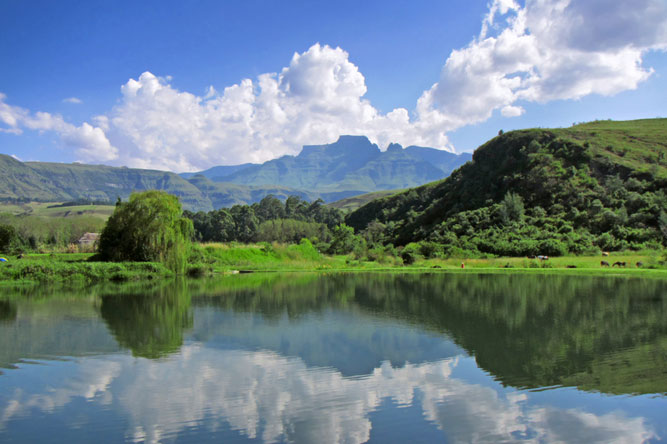 Big peaks in the Champagne Valley are Cathkin and Champagne Castle with peaks of 3149 and 3248 metres respectively and are some of the highest in the Drakensberg. Cathkin was named by Scottish settlers after an area near Glasgow in their native country and Champagne Peak was named by a climber who took a bottle of bubbly along with him to celebrate his ascent to the summit of the peak … and then accidentally dropped the bottle! 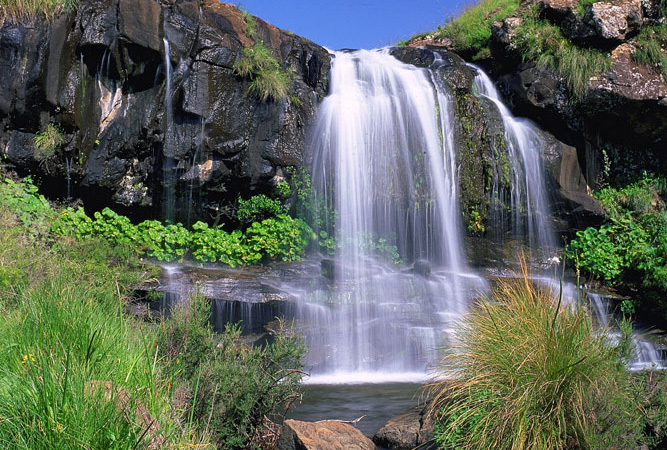 The Cathedral Peak and Didima Valley areas of the ‘Berg offer beautiful scenery (although where in the Drakensberg doesn’t offer magnificent views?) If you have a 4×4 and are in this area drive to the top of Mike’s Pass for picture perfect moments of the Central Drakensberg and Rainbow Gorge. 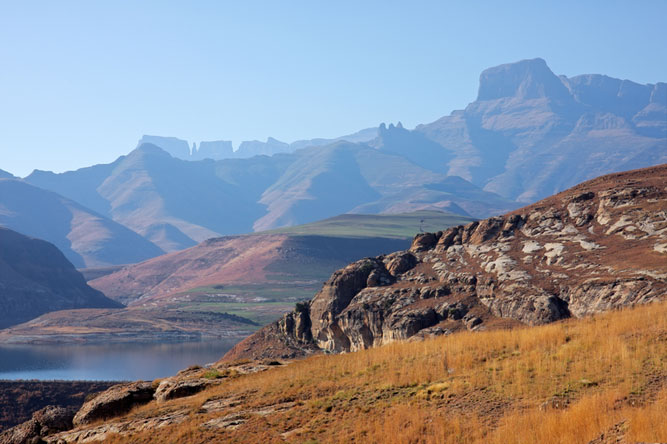 To me, the best place in the ‘Berg is Loteni. Also well known for its beautiful scenery, Loteni Nature Reserve is part of the Southern Drakensberg and is located between Kamberg and Sani Pass. As its only 70kms away from the village of Nottingham Road it’s a perfect day trip if you are in the area Midlands Meandering.

For the hiker there are a number of good walks and the birding enthusiast will not be disappointed with the wide variety of bird life to be seen; 150 different species have been recorded in the reserve. If however you are like me and you prefer to just do nothing then the rivers offer excellent entertainment. Take an amble down to Cool Pools and spend the day swimming and baking dry on the flat rocks.

I’m going back to Loteni in December and I can’t wait!