South Africa may be best known for elephants, rhinos and its impressive predators, but there is a much smaller world that is just as integral a part of our ecosystems. Frogs and other amphibians face the serious threat of extinction, largely due to their extreme sensitivity to their environment and, particularly, to pollution.

Frogging safaris help their plight by raising awareness as well as much-needed funds for the ongoing conservation of these very special little creatures. 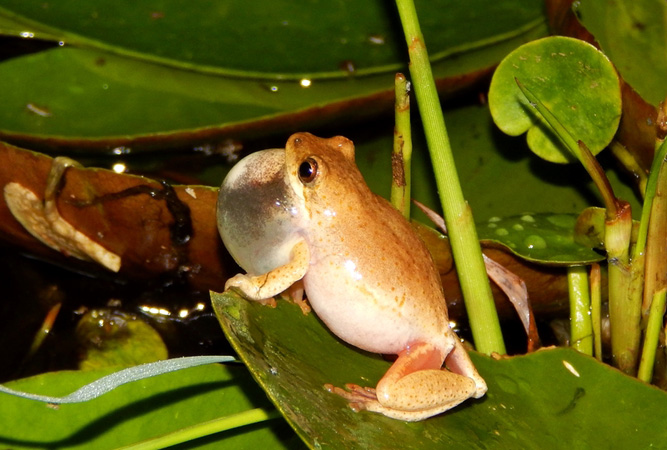 Frogs provide important clues regarding the health and stability of the environment. So, they are not just fascinating and, often, beautiful; they are also very important.

Different frogs can be found all over South Africa; from the coastal towns of the Eastern Cape to the wild terrain of the Kruger National Park. KwaZulu-Natal and the Eastern Cape have the most variety of frog species, but the other provinces are not far behind in terms of variety and population numbers.

The trick to finding the maximum number of frogs is to join an experienced guide at night, when these silky-soft amphibians come out of their shaded hiding spots. They can most often be found by just following the incredibly loud sound that they make, which is sometimes mistaken for melodious bird calls.

South Africa is home to some 84 different frog species, more than half of which are endemic to this country. Sadly, about 10% are classified as being “threatened”. 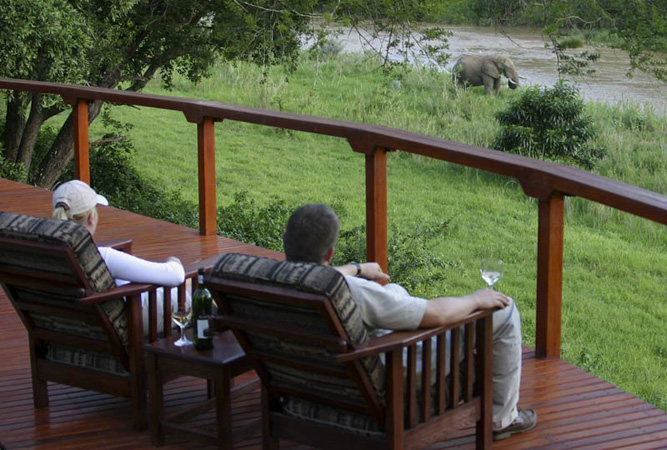 A formal frogging safari includes a guide and comprises an official tour for the entire group. Usually, a headlamp or torch will be provided as well as a net and a bag. Those embarking on the safari will be briefed regarding what to do in the event of finding a frog, as the aim is to protect and care for the animals, not to hurt or kill them, or to damage their natural habitat. Stomping around in the mud and setting off to follow the musical tune of the frogs can be really fun, especially for children and teens.

Different frog species are more prevalent at different times of the year. Therefore, in some areas, it may be best to go on a frogging safari in the hot, rainy months (generally, November to March, in South Africa). Along the coast, though, frogs are generally prolific all through the year.

For those who love frogs but are not able to organise a frog safari (as they are not commonly offered as yet), the frog exhibit at the Two Oceans Aquarium in Cape Town is really quite special.