Now reading: Sodwana Bay – little one on its own

Sodwana Bay was one of those places that I’d heard about but never really thought of going. My forays up South Africa’s east coast had generally consisted of trips to the Transkei and somehow Kwazulu-Natal, despite its obvious charms, had never really interested me. Perhaps it’s because I’m Capetonian and the Kwazulu Natal coast has always been something of a competitor to us for beach capital of South Africa.

Whatever the reason, I’m glad I got rid of my natural Cape Town aloofness and made the trip to Kwazulu-Natal’s Elephant Coast. Situated on the coast within the Greater St Lucia Wetland Park and only 4 hours drive from Durban, the area offers every type of excitement and entertainment  imaginable. Whether you like diving, quad biking, horse riding or even kite boarding, Sodwana Bay has it all … 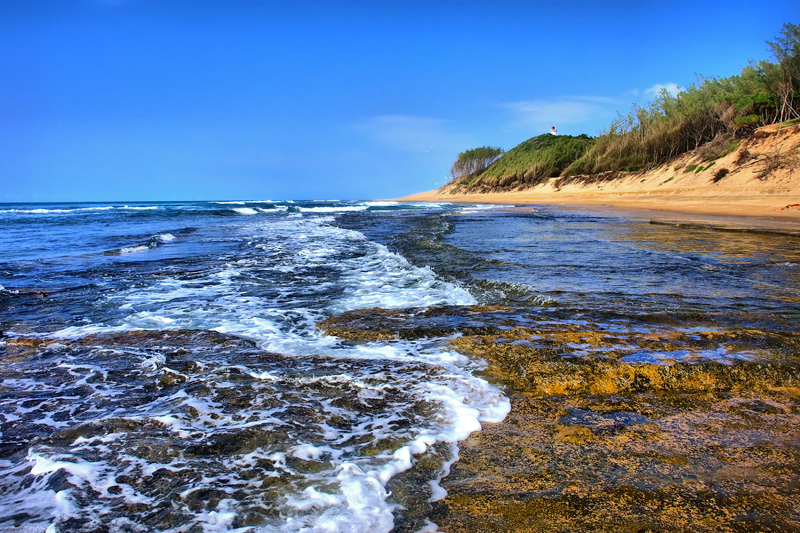 Sodwana Bay means ‘little one on its own’ in Zulu.

With its infinite collection of beautifully untouched coral reefs and vast array of Indo-Pacific fish and invertebrates, Sodwana Bay is a world renowned spot for diving.  This underwater paradise is home to an abundance of tropical fish, hard and soft coral, sponges, moray eels, potato bass, turtles , whales, whale sharks and dolphins. 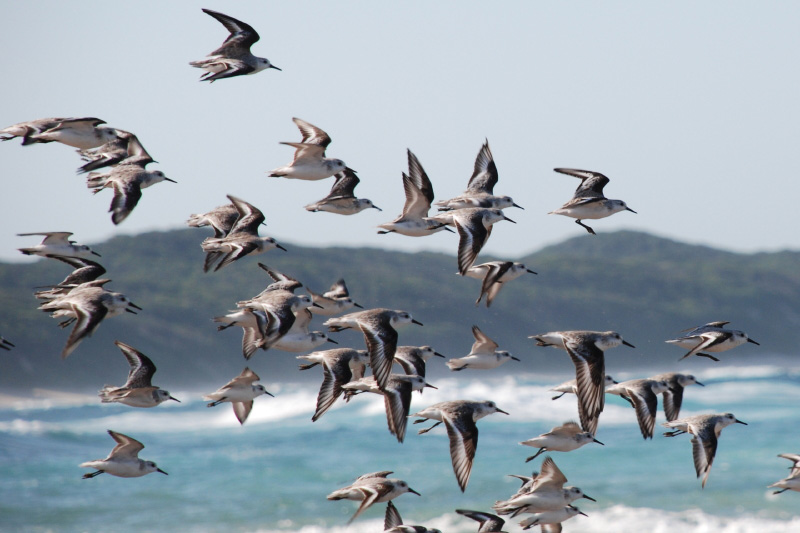 Whether a pro or a novice, there is a diving adventure for everyone in this relaxing diving mecca. The best time for diving is from April to September, but no matter the time of year, the water temperature is regularly  above 20°C and can go as high as 29°C in summer. Not only a haven for diving, Sodwana Bay is also a prime spot for fishing, with its large population of Kingfish, Blue and Black Marlin and Saltfish.

Sodwana Bay is also home to a large coelacanth population and for this reason alone is worth a visit on the off chance of spotting one while diving. Thought to be extinct since the end of the cretaceous period over 65million years ago, in 1938 a fisherman caught  a live coelacanth off the coast of South Africa near Madagascar.  Since then many more have been sighted, a lot being seen in Sodwana Bay in Jesser Canyon at a depth of about 104m. 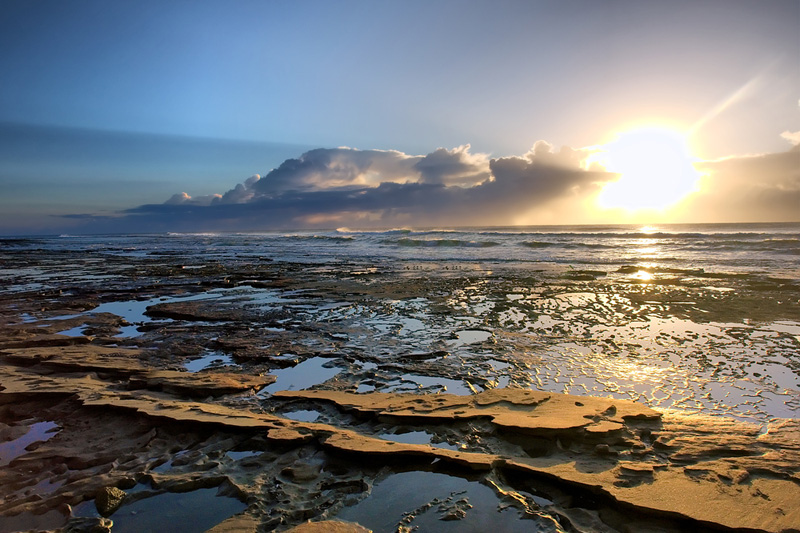 During summer, turtle tours are another must. Loggerhead and leatherback turtles come out at night onto the beaches to nest. This happens in very few places in the world so be sure to check it out. Night turtle tours are available during December and January and if this isn’t enough, if you want to view this magnificent site from the air, microlighting is also an option.

Also a bird watchers paradise, one of the best birding areas around Sodwana is the Ngobeseleni Trail. Taking around 4 hours to complete over easy terrain,  the Ngoboseleni Trail is home to numerous species of birds  including  Woodward Batis,  Black-bellied Starling and Blue-mantled Crested Flycatcher. 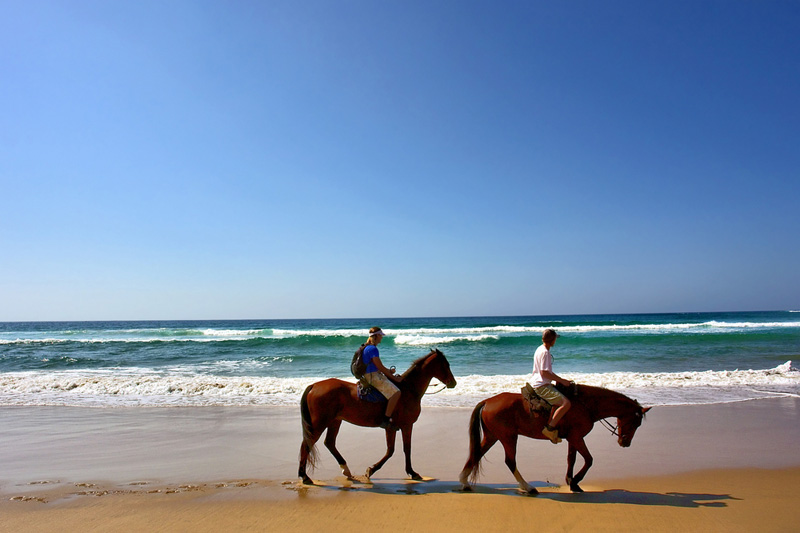 In addition to these, water birds such as Pygmy Goose and Goliath Heron  and seabirds such as  Cape Gannet and Cape Cormorant  also nest along the trail.

There are also numerous game parks in and around the Sodwana Bay area which include Hluhluwe-Umfolozi and Tembe Elephant Game Parks. Both are equally beautiful and offer a wide variety of vegetation and wildlife. Hluhluwe-Umfolozi is the oldest game park in South Africa and home to the “Big Five”. 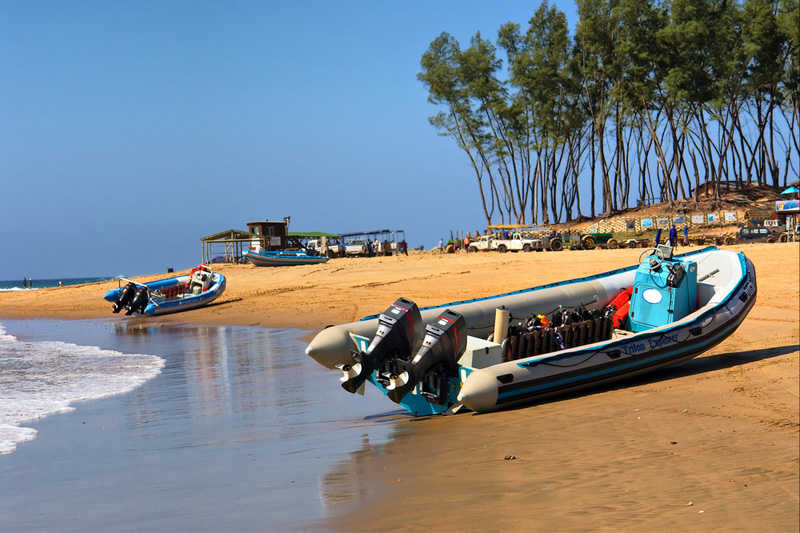 Well known as the reserve which rescued the white rhino from the brink of extinction in the 1960s, Hluhluwe-Umfolozi  offers kayaking on the lakes, hiking, horse riding and exciting  boat rides to see hippos and crocodiles. Rippling dams, rugged mountains, wild forests, grasslands and open savannah, Hluhluwe-Umfolozi has a little slice of everything.

Tembe Elephant Game Park is just as enthralling, home to the biggest African  elephants in the world. They are easily spotted thanks to Tembe’s assortment of sand forest, woodland, grassland and swampland. As well these magnificent elephants, buffalo, leopards, hippo, eland, zebra, giraffes and jackals also dwell in the game park.