We woke early, ate our breakfast and drank in the panoramic views of Walker Bay and the surrounding fynbos from the balcony of Grootbos Private Nature Reserve. Early this morning we had decided, spur of the moment, to go and visit the southernmost tip of the African continent, Cape Agulhas!

I grew up in Cape Town and have spent most of my life living here, the sea has captivated me for as long as I can remember and trips to Cape Point always filled me with a sense of incredible mystery and wonder. But I knew I would never be completely happy until I stood at the true tip of Africa and not just at the tip of Cape Town’s southern peninsula (impressive as it is)… 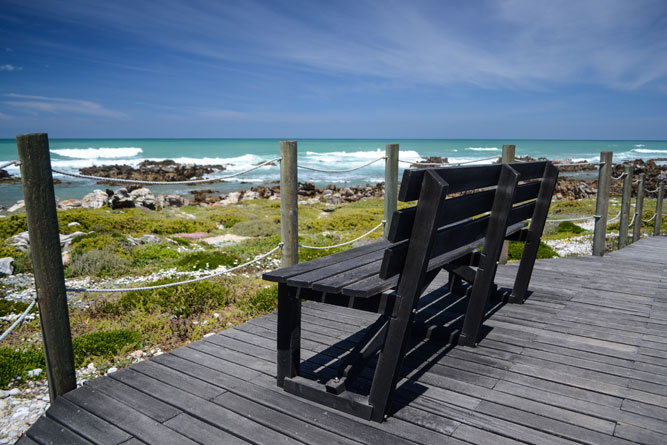 We had to do it. The luxuries of our incredible villa certainly weighed on our minds and tempted us to stay put but overall we were in Gansbaai and probably were not going to be this close again for ages. Cape Town is only about three hours and roughly 230km from Cape Agulhas but for some reason we never took the time to visit it on the many trips back and forth from the Garden Route.

For our Cape Agulhas Day Trip we drove down to meet the sea, turned inland and whizzed over the smooth tar roads past the picturesque towns of Stanford, Napier and Bredasdorp. The roads were clear and the farmlands intoxicating. The sheer beauty of the Overberg area is reason enough to visit quite frankly.  Mountains like hills fold into each other and the green and gold hues of the fields are spectacular to witness. 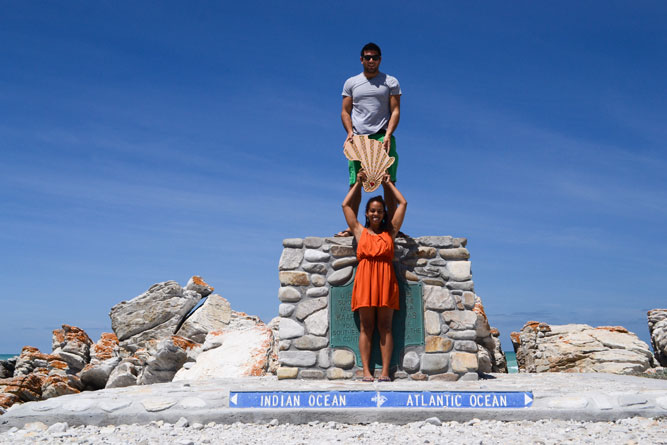 It wasn’t long after we had passed Bredasdorp that some incredible happened – the ocean that had been on our right for so long was now on our left! We reached Struisbaai and were greeted by friendly people and white houses with thatched roofs. The excitement in the car was palpable as we reached L’Agulhas – the last town of the continent. 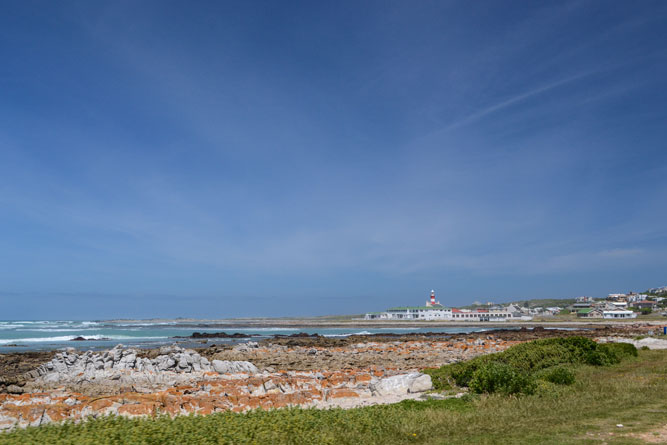 A blue headed lizard was warming up in the sunshine in amongst the grass but I couldn’t be stopped. Almost magnetized I was drawn to the small monument, now in vision, with the bronze plaque that told us in English and Afrikaans that we were now standing on the Southernmost tip of Africa where the Indian Ocean Meets the Atlantic Ocean. I was absolutely elated, a childhood dream was realised on a perfect day in this beautiful country of South Africa.

For a long while we tinkered around, ocean all around us, climbing on the rocks, taking photos of the small flowers and sitting on one of the wooden benches, grateful for the chance to be here. Cape Agulhas is certainly not as dramatic as Cape Point – that much is obvious; it is instead understated and has its own unique beauty, almost modest, as all the true champions are. 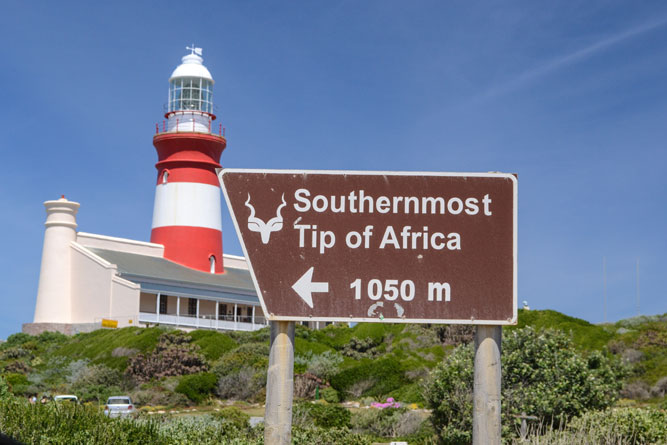