It’s cheap, relatively efficient (in terms of African time), and very much possible to get around Cape Town as a tourist using the city’s available transport.

Whilst hiring a car is still the best option to seeing the city – certainly the most viable  as it leaves you the option of doing as you please, when you want to do it – there are a number of public transport options that will get you around the city enough to enjoy your stay here. It’s knowing which options to use, and when. 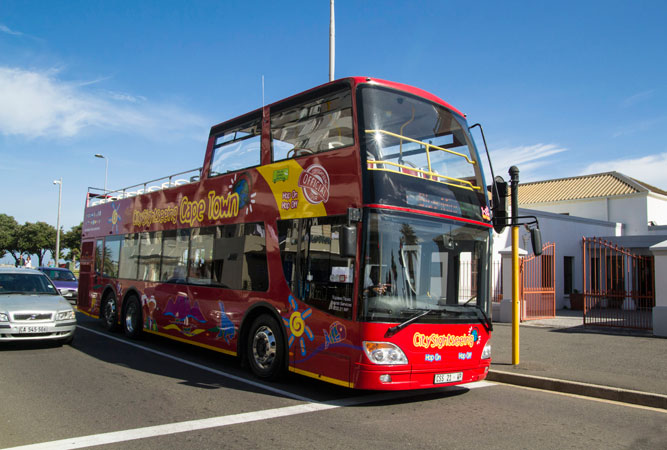 The Golden Arrow ‘bus for us’ is visible all over the city, it charges a very reasonable fair, and will get you from A to B (visit www.gabs.co.za) but it will be a crush during peak traffic times, and tends to service the townships, connecting them with major stations in and around the city. Good for getting to Hout Bay or up the Atlantic coast.

The City Sightseeing Bus has four routes – a city tour, a mini-peninsula tour, a sunset tour (only during summer) as well as a canal cruise. If you want to really see Cape Town, this is an excellent way of doing so, as it’s hop-on-hop-off facility takes in most of the major sights, and is well worth the price of the tickets.

The MyCiti bus is a great alternative to get out to Table View, Blaauwberg and Parklands and is used by commuters daily as an alternative to cars as these roads can be congested.

Cape Town’s Metrorail is relatively safe, particularly during the day, and the track from Simons Town to Adderley Street station teems with locals who use it as a daily commute. If you’re without your own transport and need to get in and out of the city and the southern suburbs, this is a great alternative.

And you might want to include the Atlantic Rail Steam Train that runs on the same route between Cape Town and Simons Town bi-monthly. 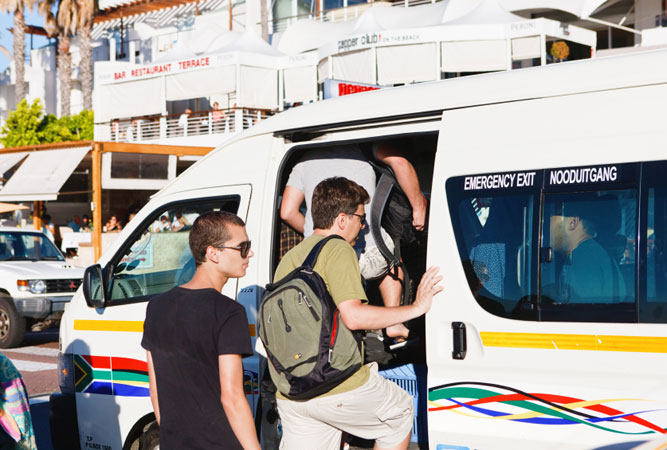 The average rent a taxi in Cape Town is not the cheapest option of transport, but you’ll find taxi ranks at the Adderley Street end of the Grand Parade and outside the airport. They’re a good option at night, if shared amongst a number of you to bring the cost down.

Buddys Designated Drivers – lets your buddy drive you home. When you shouldn’t drink and drive; become a member and they’ll provide you with a chauffeur to get you and your car home safely.

Minibus taxis have a huge informal network of routes and they’re cheap and fairly safe on major routes during the day. Catch them from Adderley Street opposite the Golden Acre Centre to reach Sea Point, Camps Bay or up Kloof Nek.

Rent a Harley from specialists in Cape Town, or other types of motorbikes and scooters from various operators on the peninsular. These are great for running around the City Bowl and travelling the Atlantic Seaboard. Bicycles are best left to cycle tour operators to arrange, as the distances around the peninsular are typically too great to cover with only pedal power. 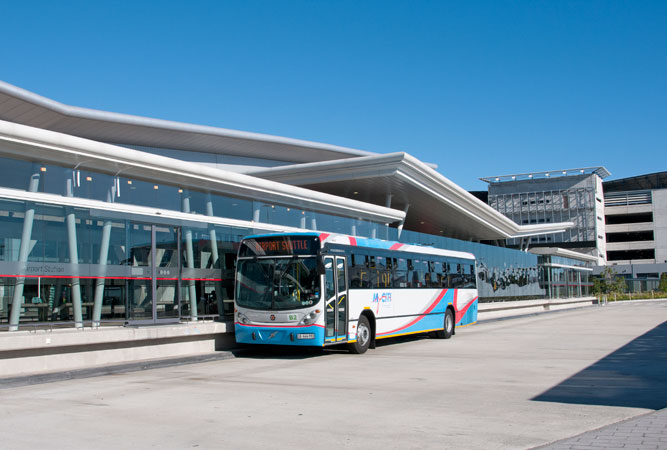 There are a list of reputable car hire agencies throughout Cape Town, including a couple of no frills agencies who offer value car hire in what they term ‘wrecks’ (usually an old Beetle that doesn’t promise air conditioning or a smooth journey, but will get you from A to B. Be warned that South African drivers are not the best. We tend to cross lanes without indicating, veer towards the aggressive when we think you’re not going fast enough, and minibus taxis are a rule unto themselves.

After all the driving around you’ll need a place to rest your head so book your Atlantic Seaboard Accommodation or find the perfect Cape Town B&B today.