The relatively small village of L’Agulhas is situated in the Cape Agulhas region of the Western Cape, a mere two hour drive from Cape Town and is famously known as the place where the two oceans; the Indian Ocean and the Atlantic Ocean meet.  Discovered in the 15th century by the Portuguese, Agulhas was originally known as Cabo das Agulhas (Cape of Needles) because no variation between true north and magnetic north was shown on compasses. 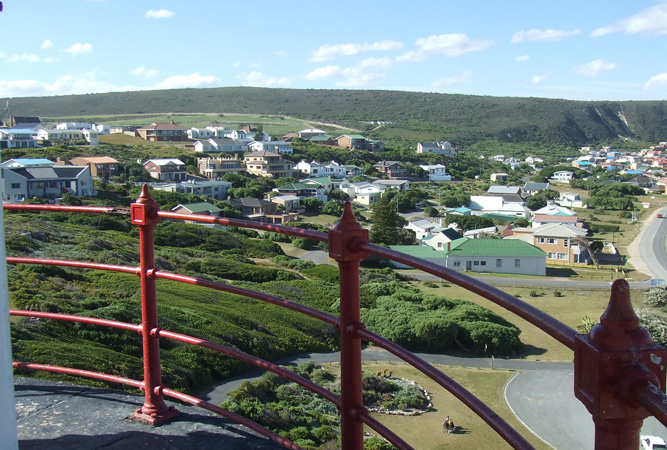 Many ships have ended their sea-going journey on the jagged rock formations found along this coastline; hence the construction of the Cape Agulhas Lighthouse which was built in 1840 (the 3rd to be built in South Africa).  The famous red and white building was restored in 1968 and after being declared unsafe is now a National Monument.  The lighthouse is open to visitors and has an interesting museum and a quaint coffee shop should you need light refreshment!

The area has many walking and hiking trails; perhaps try a walk along the sandy beaches all the way to Struisbaai?