At 240 million years old, the Sudwala Caves are believed to be the oldest caves in the world. They were opened as a tourist attraction in 1965 after being used for decades as a hideaway and even a home to some of Africa’s early indigenous folk.

The Sudwala Caves are part of the Malmani Dolomite Ridge of the Drakensberg Mountain Range. This cave was formed by natural gases in the groundwater. This water, with gas as a solution in it, seeps through the cracks and dissolves the rock. There are a number of structures formed by the millennia of dissolution of rock and other natural processes. These structures include Samson’s Pillar, the Rocket and the Screaming Monster. 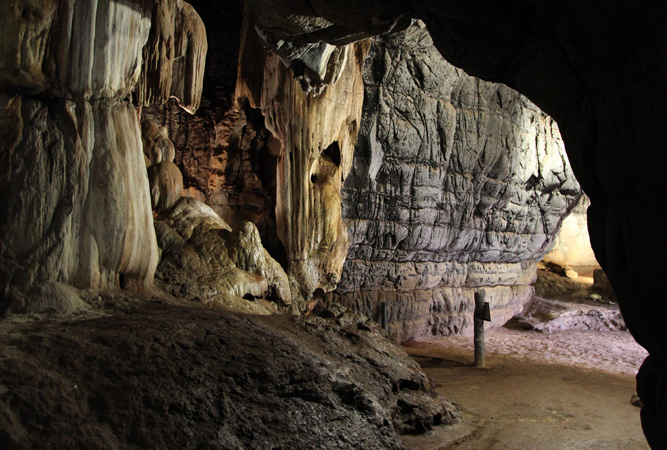 The Amphitheatre is known as the PR Owen Hall and is used for concerts and other performances. It is an impressive cave with a height of 37 metres. The ‘ceiling’ is dome-shaped, lending it an elegant drama. A mysterious air permeates this cave, keeping it at a constant cool temperature. The source of this air remains unknown. The acoustics of this cave are world-class and this venue can seat up to 500 people.

During the day, a number of tours are conducted through the caves. These each take about one hour. Every month, there is a Crystal Tour, which takes five hours and treats visitors to a 2000-metre trip through the caves, which finally ends in the crystal chamber.

One of the many features of the Sudwala Caves is the Garra Rufa Fish Spa. Garra Rufa fish are known for nibbling the dead skin off human flesh (such as hands and feet). This spa invites visitors to indulge themselves in a foot spa with a difference, allowing these unique little fish to nibble gently at tired feet to revitalise them and leave them feeling just gorgeous, while the guest enjoys stunning views of the valley. 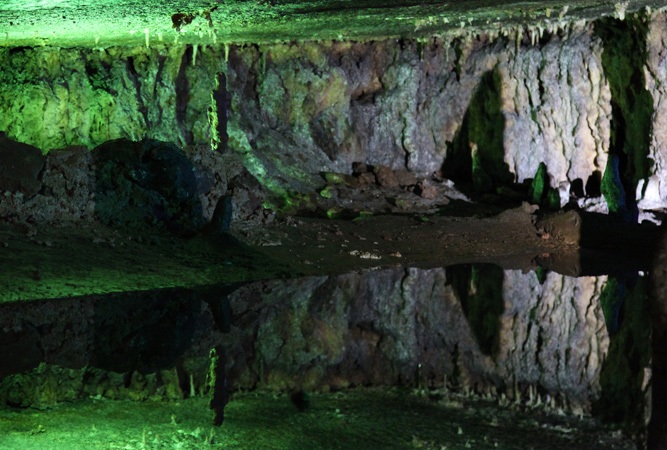 The Dinosaur Park, only 100 metres from the caves, offers a glimpse into the prehistoric world that continues to intrigue us. Giant dinosaur models are set amidst exquisite gardens.

The Mankele Mountain Bike Park is just three kilometres away from the caves and hires bikes out for a day of exploring Mpumalanga. There are mountain biking trails as well as an adventure zone for children. In addition, Mankele has swimming pools as well as picnic or barbecue spots.

Nelspruit, the capital city of Mpumalanga, is a short drive away from the Sudwala Caves. This town offers plenty to see and do, all complemented by a laid-back atmosphere and friendly locals.

Chimp Eden, the Jane Goodall Sanctuary for chimps, is situated close by and conducts daily tours. This facility introduces visitors to these fascinating animals as they live and interact with one another within a natural, but protected, habitat. 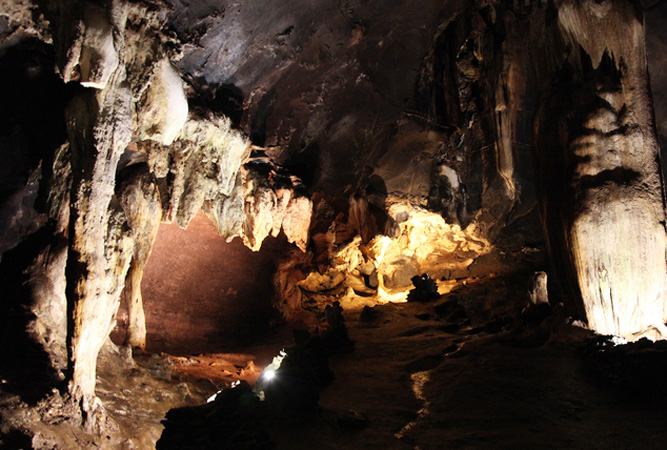 The Sudwala Caves are just one of the Mpumalanga Province’s tourist attractions, but certainly offers no shortage of adventure, unique sights and memorable experiences.