Now reading: Observatory – Studying Stars Up On The Hill In Cape Town

I find myself in the grounds of SAAO, Observatory – Cape Town‘s bohemian suburb, where you’re most likely to live if you’re a lecturer at the university, an artist, work on one of the city’s many glossy magazines, or are involved in astronomy.

The streets are narrow and higgledy piggledy, but lined with trendy coffee shops, eateries, jazz clubs and grunge boutiques. It’s a hip place to live. 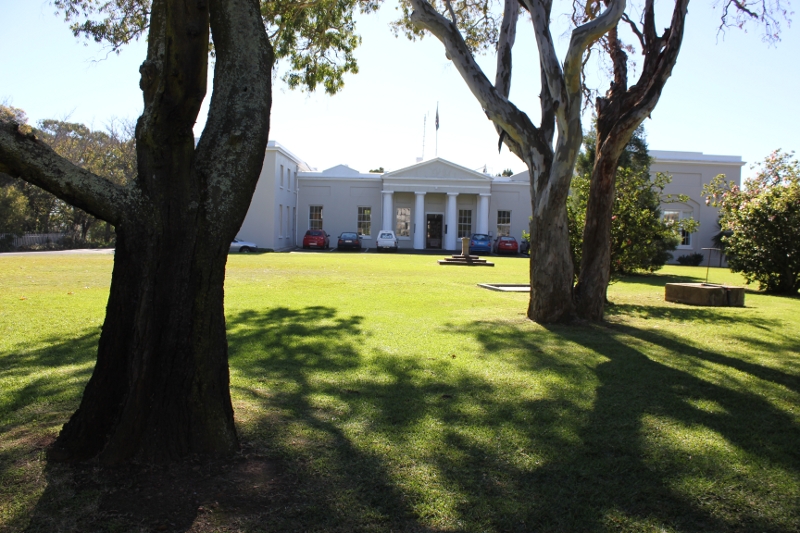 Just across the river from the suburb, perched on a hill alongside the River Club on one side, and Valkenburg on the other, is the reason for the suburb’s name.

Within the grounds of The South African Astronomical Observatory are a number of domes, one of which houses the Victoria telescope built way back in 1897. Despite the fact that SALT (Southern African Large Telescope – the largest single optical telescope in the southern hemisphere) lies all the way out near Sutherland because of its dark and clear skies, there is a lot that still happens here at SAAO’s headquarters.

Scientists who work at SALT base themselves here – some, like Tim Pickering, live here too. It’s an important place, with ongoing research in astronomy and astrophysics – it’s considered a world-class facility. And, as an interesting aside, the Noon Gun gets its time signal from here.

I cross the Liesbeek River bridge, slipping off to the left into the grounds of SAAO where it lies in amongst a series of enviable old oaks and other exotic trees – planted probably in the late 1820s when the Royal Observatory at the Cape of Good Hope was founded.

Back then, Obs would have been the equivalent to Sutherland – no-one around, clear skies and silence. Today there is the constant hum of traffic to contend with, whilst night skies are tempered by light pollution.

I’m waved through an old-fashioned boom still manned by hand. Behind us is the mountain, on its slopes Groote Schuur hospital – more beautiful history in close proximity. The grounds also house numerous tin roofed Victorian-style homes, the types that ramble around corners, with as much corridor as living space. Tim Pickering, his wife and son, live here in one of these.

Tim is a scientist. Which means that half of what he says is hair-raisingly formidable  though surprisingly easy to follow as he says it, just impossible to regurgitate. He is also a father, and despite the jargon, manages to impart some of the excitement of the skies above us to the kids at our sons’ mutual school when he recently gave a talk. 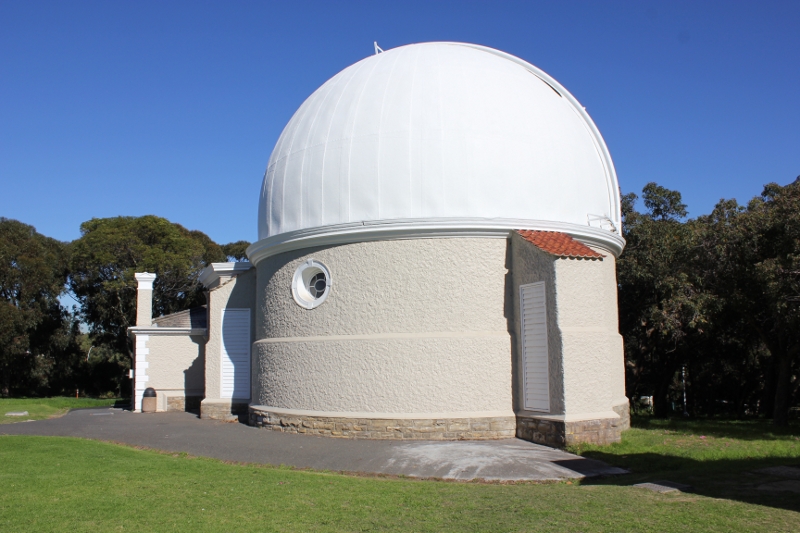 Enough that my son comes home excited about the rare alignment of the Sun, Venus and Earth on June 05, known as the ‘transit of Venus’ (if you missed it, as I did, then the next transit is unfortunately not within our lifetime – they are only due in 2117 and 2125).

Tim walks me around SAAO headquarters. Just opposite his house is the small astrographic dome in which there used to be a little telescope with high precision optics. Today it’s empty. Alongside it, housed in a rather obscure looking old building is something of a coup for SAAO. IAU is a large international society for outreach and development of astronomy for the world, and it’s chosen Cape Town for its headquarters.

I’m lucky. Tim has the keys to the McClean dome. Inside is SAAO’s museum. If you come on a night tour, this is part of what you’ll see. I’m shown the old development lab where photographic plates were huge, or at least by comparison with today, and needed an extra big sink, which lies to one side – similar to the rectangular kitchen sinks that are now so fashionable again, but bigger.

Next to it is a ‘plate comparison machine’ that today looks positively cumbersome, if you consider that it is now all digital. There are a couple of scale models – one of a proposed telescope they’re still hoping to build, and SALT. Tim mentions how the kids love this.

Once Tim gets going, his knowledge is tangible. We’re talking Big Bang theory and cosmic microwave background noise – the afterglow of the Big Bang – before I know it. Or at least he is, I’m listening.

Which brings us onto the subject of SKA (the proposed Square Kilometre Array telescope), due for completion in 2024, and hosted by both South Africa and Australia – another huge coup for SAAO. 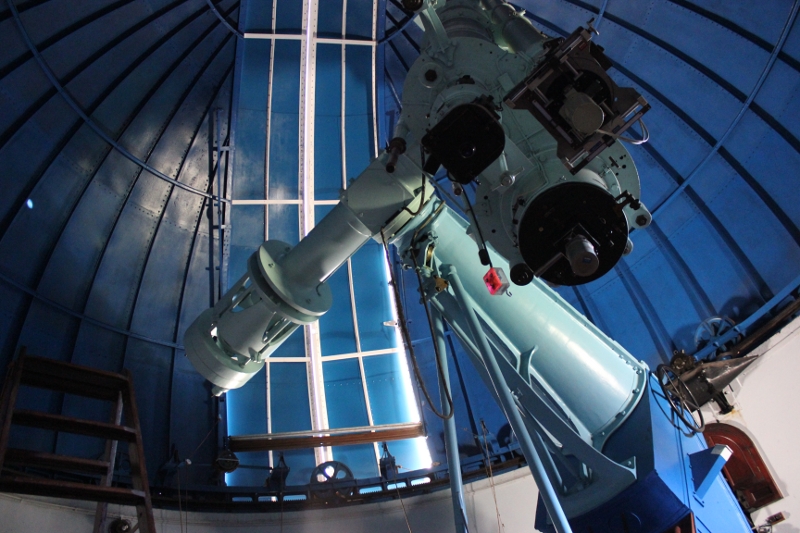 SKA is a radio telescope, as opposed to optical like SALT, and will be the world’s largest and most sensitive radio telescope. SKA proposes to ‘see back to the moments after the Big Bang, allowing astronomers to glimpse the formation and evolution of the the very first stars and galaxies after the Big bang and possibly even discover life beyond Earth’…

Inside the dome,  it’s beautiful. The ceiling is painted a vivid blue, not, I learn, to emulate the night sky as I first thought, but purely because that was the colour they picked. The round floor is the highlight. Made from beautiful old solid timber, it hails back to a time when everything happened manually – there are pulleys to allow scientists to raise the floor to reach the eyepiece of the historical McClean telescope that stands in the centre.

To one side, the sun spills through a little porthole and on to a wooden viewing bench on which astronomers would lie, given the amount of time they could spend staring at the night sky.

Tim officially spends one weekend in four at SALT in Sutherland. His week involves evenings filled with strong coffee in order to stay awake through the night shifts. In reality though he says he spends longer periods there.

Tim is one of a number of expatriat astronomers. He’s American and wanted to come here after a friend of his showed him photographs of Cape Town on Facebook. When a job offer came up, he grabbed it.

SAAO also has relationships with both UCT and UWC. There are a couple of doctorate students in residence, and they use the reference library in the main building where some of the books date back to the 17th century.

There are two clocks on the wall in the library, similar to your average stock exchange I suppose (just fewer clocks). Whilst the first shows normal South African time, the second clock is sidereal time – based on the Earth’s rate of rotation measured relative to the fixed stars. To explain it in layman’s terms – it’s similar to the time kept by a sundial, and is said to be roughly 4 minutes slower than an average day. 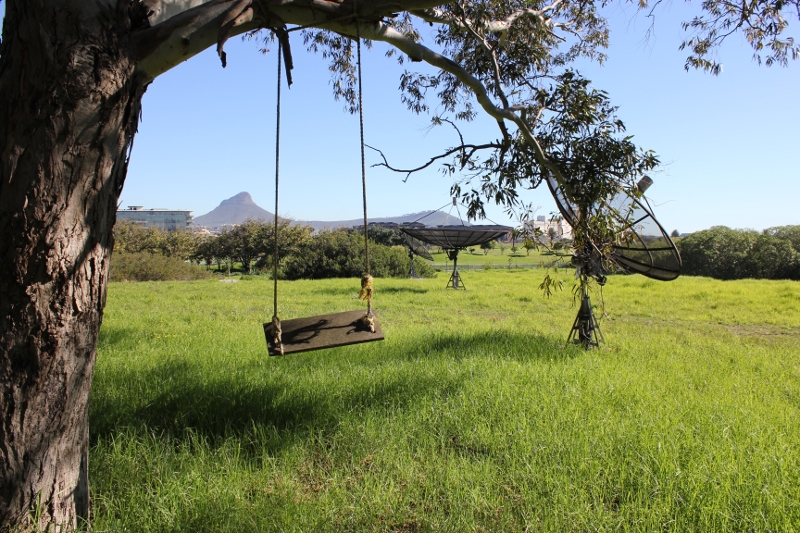 The grounds themselves are beautiful, and extend all the way down to the bird sanctuary. From the edge you look out over the M5 to one side, and the mills of Woodstock on the other, surrounded by bluegum trees and children’s swings, the domes behind you.

You can visit SAAO on the second and fourth Saturday of every month at 8pm. The gates open to all visitors and you can park near the main building. Make your way to the auditorium for a 45 minute presentation, after which you’ll head to the McClean telescope and the museum. If it’s clear, you can view the sky using the McClean and other telescopes

Thanks to Tim Pickering and his wife Kerry Murray for their time…and patience.

Over 200 000 people climb Lion's Head every year in Cape Town. I've even heard postulate that the figure is closer to around 3 million. The picture-perfect mountaintop perches 2 000 feet (670 metres doesn't sound nearly as dramatic) above the city's coastli...