The southern Kruger region of the famous National Park lies between the Crocodile River to the south, the Sabie in the north and, in the east, the Lebombo Mountains. Nothing quite prepares you for the park’s impact, the trees and hills an unexpected flavour to the picture I had of the bushveld as, well, flat (despite having gone to the Kruger as a child).

The southern region gets more rain during the year which translates into more game, shaded by the presence of the Cape chestnut, coral tree, lavender fever berry, and white pear. 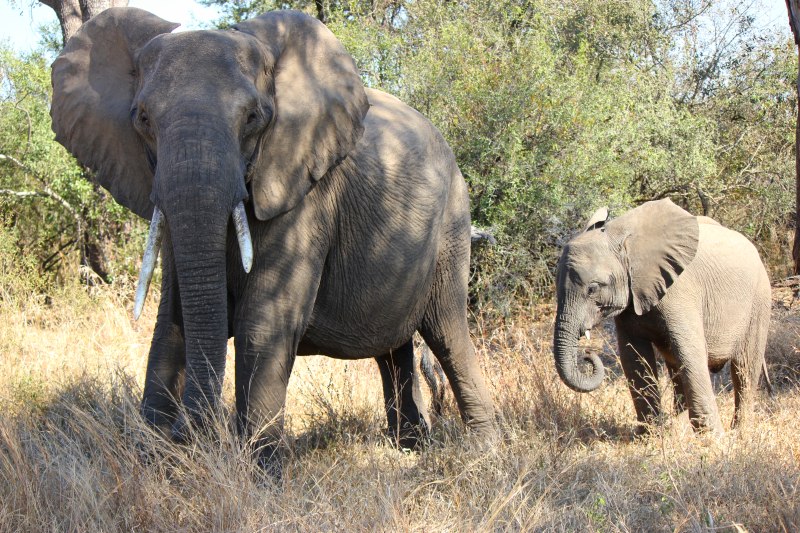 This part is where one goes if the white rhino is high on your list of priorities. But it is also popular because it is more accessible for weekend trips from Nelspruit, Hoedspruit, White River etc. School holidays are thus something of a ‘mare’, making the south more people-dense than the northerly parts of the Kruger park.

Not to be deterred, we decided to go anyway. We also left our booking until a few weeks before visiting the park, and still managed to bag a bungalow in three of the southern Kruger rest camps (only possible because we were flexible). If you’re after the river-side cottages at Skukuza, for instance, (definitely the best spot in the camp) you’d do well to book about a year in advance.

Quick overview of the southern rest camps in Kruger:

I soon learnt, after the first night, not to expect B&B standards from Kruger’s rest camps. They are great for their position and access to game. They are not hotels and one should not expect hotel standards, despite the prices. Don’t rely on the shops and restaurants for food either. They are average and really expensive. What you get for your money is clean linen, access to facilities and a place to lay your head. 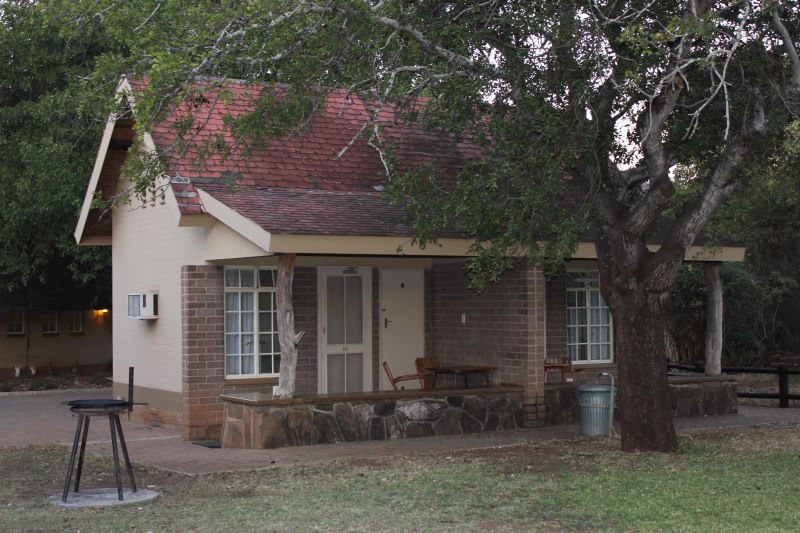 Our first two hours in the park were undoubtedly our best. Entering via the gate at Malelane fairly late in the morning (not regarded as a good time for spotting game), we saw two herds of elephant right up on the road in succession, buffalo (again on the road), and rhino all within a couple of circular loops close to the gate, as our first night was Berg-en-Dal.

Right at the gate were a couple of waterbuck and a gazillion crocs, all so sun-soaked that the proximity of healthy looking buck obviously did not tantalise. Nevertheless, we remained on the bridge for a while to see if there would be any action.

The rhino we saw was admittedly out of the corner of my eye. We were obviously the last straw in a series of unnerving events for the chap who literally saw red when our borrowed silver Fortuna ambled by. I had time to say ‘put foot’!before he flattened us, or at least that was how it looked to me. Not even when we plucked up the courage to backtrack slowly could we see him though. I’m still having trouble convincing my family there was a rhino at all… 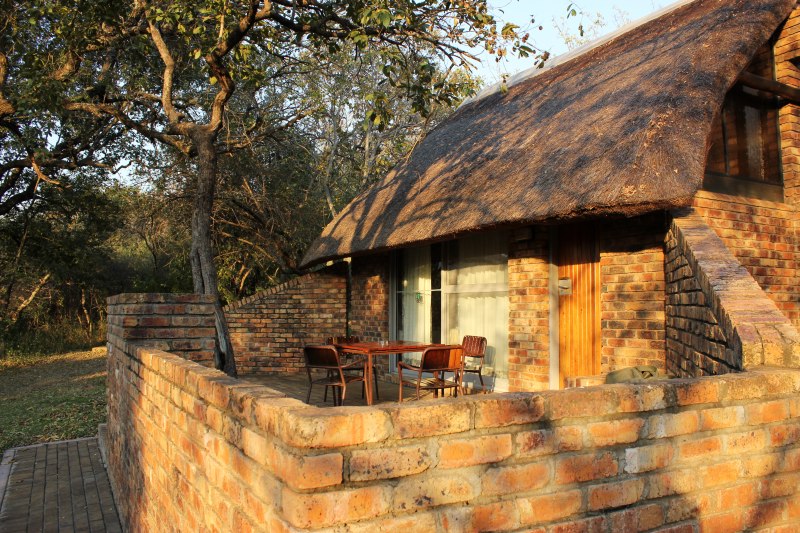 Berg-en-Dal is probably the prettiest camp of the three. Despite the fact that one of the hot plates on our two-plate stove did not work, and any attempt to use the toaster meant that we lost our connection to electricity completely, the thatched, brick bungalows are quiet and cleverly designed so that a bathroom, kitchen and bedroom easily fit.

Private verandas and a braai area finish it off. Set in amongst the trees the camp lies on the bank of the Matjulu Spruit in amongst a series of hills with a dam on the border of the camp, at which you can sit and watch the odd bird or buck come to drink. We stayed in a bungalow but there is also a campsite, family cottages and a couple of guesthouses.

You get: crockery, cutlery, linen, hotplate, toaster, kettle and fridge
Our verdict: quaint, pretty, quiet, the best of the lot, but needs a bit of TLC 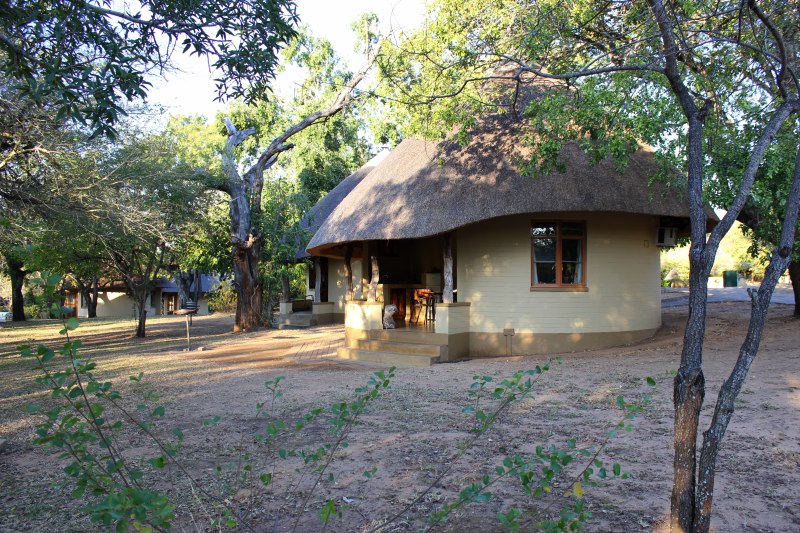 Skukuza buzzes. It is busy at whatever time of year mainly because it is the administrative headquarters of the Kruger, but also because it is large.

Accommodation varies from lovely chalets downriver from the shop and restaurant on the banks of the Sabie, to two-and-three-bed bungalows with en suite bathrooms, but minus a kitchen (these are communal and outside), which does make a long-term stay here rather uncomfortable, but it’s fine for overnight (if you do not mind having to re-wash all your crockery and cutlery because the people before you obviously left at dawn and must have used the hand basin as a washing alternative – minus soap).

There are also safari tents and a campsite. The highlight of Skukuza is the waterside/restaurant area under a canopy of trees, the views over the river, and the access to game. Wildlife at Skukuza is probably of the best. Hippo are both audible and visible, particularly at night but also during the day when we were there (June), which I found surprising.

What you get in a bungalow: crockery, cutlery, a fridge, 2/3 beds, linen
Our verdict: escaping the hordes is difficult, definitely worth booking ahead of time to nab one of the riverside chalets (big enough to share amongst a couple of families), not sure that I’d stay in the bungalows again, and watch out for monkeys in the camp 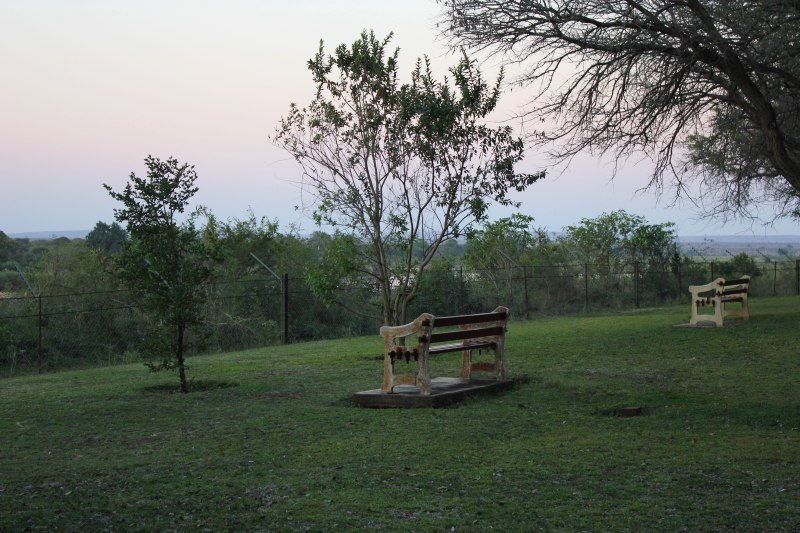 One of the most popular camps in Kruger. We arrived earlier than anticipated and took a walk around their obviously newer tented safari style accommodation and tried to do a swop. This part of Lower Sabie lies on the opposite side of the rather snazy, raised restaurant area on the banks of the Sabie, to the older bungalows and campsite.

It looks lovely and a wonderful way to stay in Kruger. Our bungalow, when we finally got the keys (you can’t book in much before 2pm) was a lot better than anticipated. We ended up in a 3-bed bungalow with a sizeable bathroom and kitchenette. Like Skukuza, there are wonderful trees and a grassy area that leads down to the Sabie River. If you avoid the humming restaurant and are far enough from the campsite, your visit is calm and peaceful.

What you get in a bungalow: crockery, cutlery, linen, hotplate, toaster, kettle and fridge
Our verdict: restaurant area has beautiful views over the river though very busy, try and stay in riverside chalets or tented safari tents 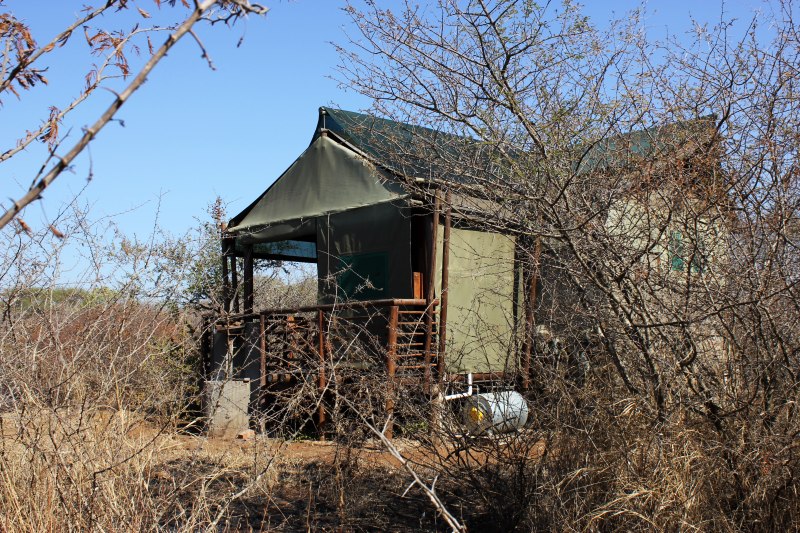 Hotspots for viewing game in the southern Kruger: